Dance under the moonlight at Maruichi Funeya

I dare you to open the window! Why? Were there monkeys or dragons outside? Recalling the stories of monkeys and eagles from Tadakki earlier that day, I jumped at the shadows on a dark night. I reluctantly unlocked the hatch, and slowly peered outside. Green dragons and smoking monkeys were nowhere to be seen. Instead I breathe in the moist marine air, laden with the aroma of seaweed and sea salt, and recall the flavours of the freshest miso soup and sea clams.

My journey to the sea began with a clam donburi rice bowl and clam miso soup, a signature dish that oozes the ocean aroma at Ichinomiya pier a few hours earlier. The sea shapes every aspect of life here. Long ago this was town was cut off by the steep mountains behind, making it accessible only by sea. In fact the garages at the bottom of their houses opened to the sea. Farmers would fish at the crack of dawn and tend tend to their rice fields or mend their nets in the afternoon. Completely shut off to the world for centuries they were an island to themselves. It is part of the charm of staying here, it is like being an island or on a boat, but with all the comforts of a land based machiya.

These days there is a garage for cars as well for boats. Some fishing boats are now too big to fit in the boat garage so they lie quietly on the water which is still like a mirror in the early hours. If you look down from the garage of the funeya you can see clearly to the bottom of the bay, another world of underwater seaweed forests gently waving with the smallest movement.

On the other hand there are monkeys in the mountains, and traps laden with fruit have been laid to stop them overrunning the landscape and farms. Our guide Tadakki tells me that they can reach Ine village and into people's homes themselves, but my concerns at night were more about finding a drink machine, keeping warm and looking for the best place to watch the moonlight over the still waters. It is really quiet here at night, and in March it is the night mist and the absence of human activity that catches my attention. No wonder there is only one restaurant open for dinner. It was comforting to come home to Marunuchi, a traditional boathouse renovated with modern home comforts, like Wi-Fi, Western and Japanese bedding at the loft upstairs, as well as a dining room downstairs.

Earlier in the day Tadakki took us to the Ikari highland milk farm. It was only a few minutes drive from Ine on a winding road, but its neatly manicured round mountains, barn houses and tractors make it look more like Hokkaido or rural America. The cows make their presence known, their noisy baying breaking the silence of a quiet rainy afternoon.

A thousand years ago a Chinese ruler had something else other than milk on his mind. He sent his emissary to a far away island looking for the elixir for immortality. From the bow of the wooden junks, the heaving mountains of Kyotango at first light must have looked like a giant, asleep with his elbows folded, his broad shoulders, head and ears resting on the ground, as if he was listening to the trickle coming from the depths of the earth. The ancient mariners may have found monkeys instead of giants, like those snow monkeys in Nagano. A shrine now stands to play tribute above the cliffs in Kyotango. I think if he survived potential shipwreck on these steep and rocky coasts he should consider himself granted a second life.

After a night dreaming about immortality, you can wake up to a delicious homemade Japanese breakfast showcasing local fish and pickled vegetables, as well as some seaweed soup capturing the tastes of the sea.

There are surprises and delights in every season. in January the mountains are blanketed by snow, and you are rewarded by the Matsuba Crab, a local speciality. In summer take a seat by the shore line for the fireworks and summer festivals, or see kites and seagulls up close on the sightseeing cruise.

A must try in any season is the free bikes available at regular intervals along the shore, including the post office and the sightseeing boat wharf. If you are an early riser, be sure to check out the fresh Yellowtail and Sardines at the markets, their skin glistening in the morning sunlight filtered through the sheds of the markets. Or you can try a fishing expedition starting from a few hours to a full day on a chartered boat. 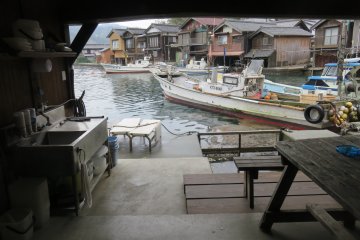 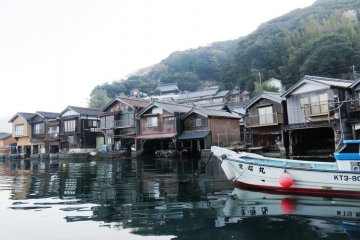 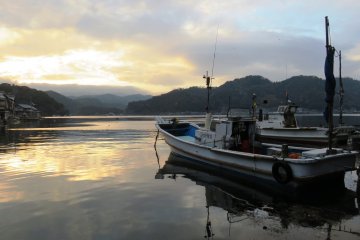 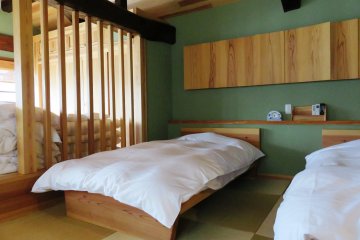 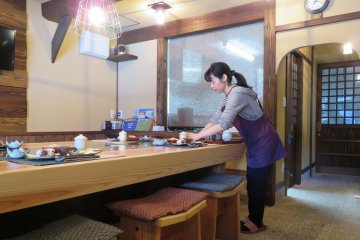 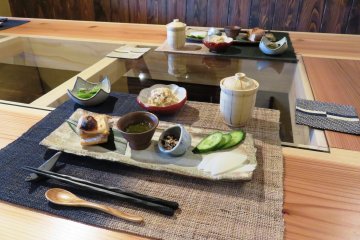 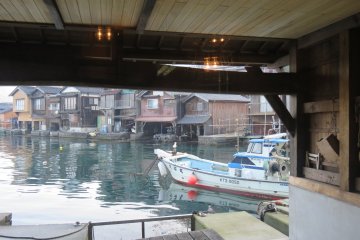 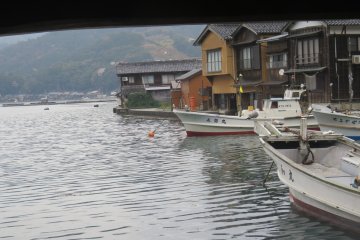 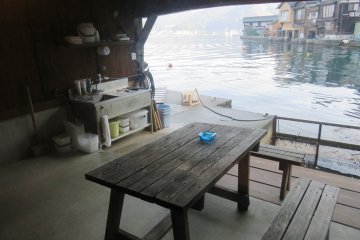 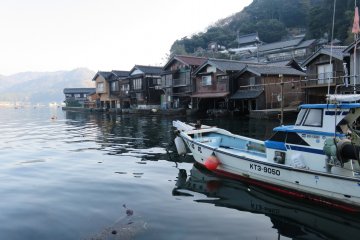 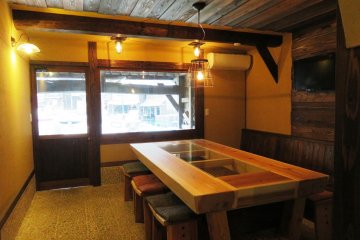 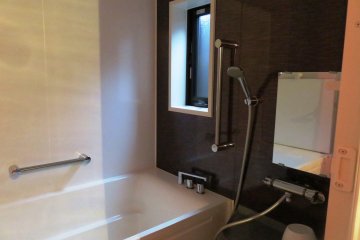 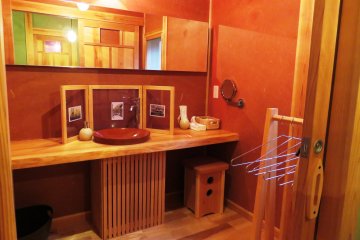 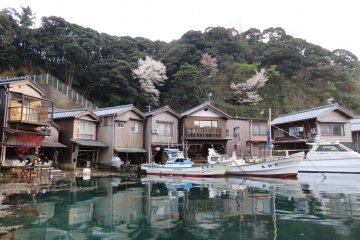 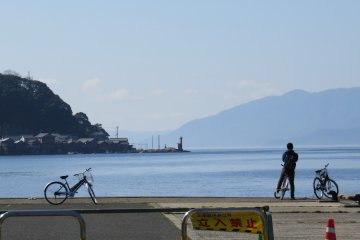