Kamigamo Shrine: A Place of Healing

Before Kyoto became capital of Japan, Kamigamo Shrine was already situated here. The shrine was a bond for the people who lived near Kamo River, and they believed in the God who descended from nearby Kohyama. Kamigamo Shrine has been a spot where people worshiped Kohyama since the mythological ages, and the first written record remaining shows that the shrine building was constructed in 678.

The most impressive thing about Kamigamo Shrine for me is the wide open space between the first torii gate and the second torii gate. The 160m straight approach is covered with white sand as is cuts through a beautiful green field. When I walked up the approach, I felt like I was exposed to the eyes of God, and was purified by the air of this sacred region.

After entering the inner precincts, the scene completely changes. The shrine buildings are nestled in a deep forest, and a stream runs between them. A pair of conical sand mounds in front of the Hosodono building called tatezuna represents the sacred hill of Kohyama. Take a look at the top of the mounds. There are pine needles placed in them at the top. Apparently they are a kind of antenna with which to catch the power of the God.

The main building is beyond the stream. The red 'Romon Gate' is very beautiful and photogenic. Most of the photos that introduce the shrine show this gate. There is the main building, Honden, and another building, Gonden, inside the gate.

The stream going through the precincts of Kamigamo Shrine is a branch of the Kamogawa River. Kamigamo Shrine has held more than 70 ceremonies throughout the year for one thousand years, and the Shinto priests use the water from Nara-no-ogawa for purification each time. You might notice the stone steps down to the stream from the shrine grounds.

As you know, Japan has always been a country based on rice growing agriculture. Long ago, people with the name of “Kamo” used advanced farming techniques to grow rice. They came from ancient Nara to Kyoto, seeking a better place for their rice farming.

Today, Kamo Shrines are divided by Kami- (northern) and Shimo- (Southern), but they have the same origin, and are now a pair of shrines along Kamo River. One of the three most famous festivals in Kyoto, Aoi Matsuri, began as a feast to pray to Kamo’s God for a rich harvest. It is a large parade of people dressing in the aristocratic styles of 1200 years ago. The parade starts from the Imperial Palace and finishes at Kamigamo Shrine via Shimogamo Shrine every year on May 15th.

One of the symbols of Kyoto is Kamogawa River, and Kamogawa River has played an important purification role for Kamigamo Shrine for thousands of years. The water from the river is in constant flow, and cleans everything it touches. It also heals our heart, removing pain and sadness. Kamigamo Shrine is known for its strong healing power spot. You can feel its long history along with this healing power at the same time when you visit this shrine.

Find out more about Kamigamo Shrine. 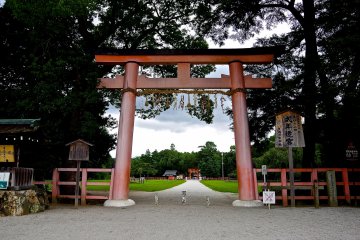 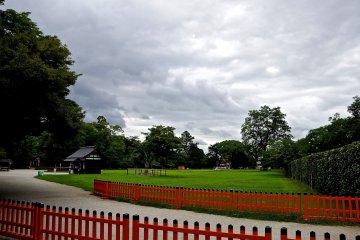 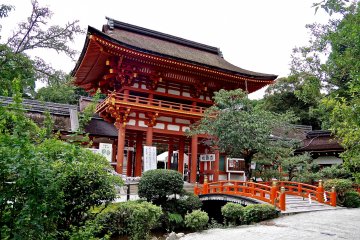 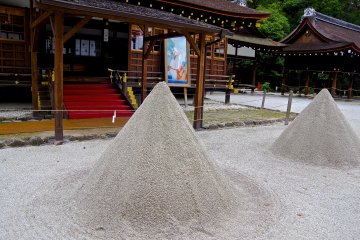 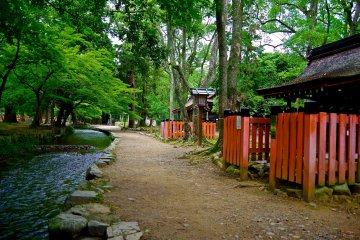 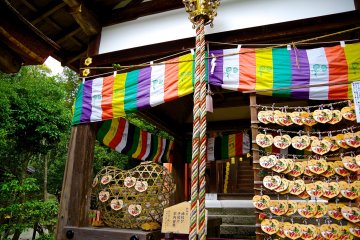 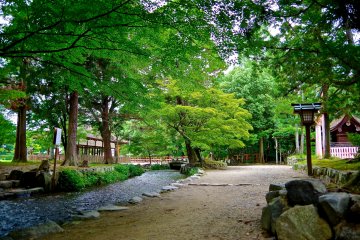 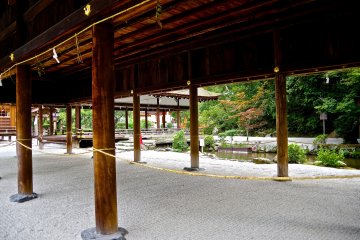 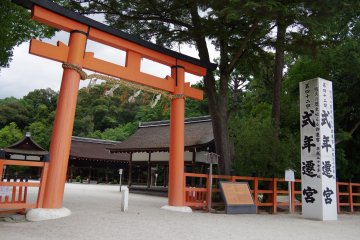