Situated along Takase River, which runs from north to south in parallel to Kawaramachi-dori and Kamo River, Rissei Cinema show movies everyday on the third floor of former Rissei Elementary School. It is a compact movie theater showcasing independent movies, overseas and Japanese, old and new. You can enjoy not only the movies themselves but also the old buildings of the former elementary school as well, which remained intact even after the closure of the school in 1993. The gateway is a stone bridge over Takase River, which is the setting for ‘Takasebune’ written by Mori Ohgai in Taisho Era.

Located in one of the famous downtown areas of Kyoto called Kiyamachi, it is a few-minutes-walk from the Shijo-Kawaramachi intersection. The school were originally constructed in 1928 and retain features from that period, such as an arched entrance, old-fashioned balconies, wooden corridors, and white plaster interior walls. There are photos of graduates of the school pinned up on bulletin boards along a hallway. Sadly, you can see from the photos that the number of graduates thinned out every year. The engraved school song can be found on the wall at the back of main hallway on the first floor of the main building, and desks and chairs for school children remain in the classrooms on the upper floors. Although entry is prohibited, you can see the inside of the classrooms through windows.The school’s location is also called as the ‘origin of the Japanese cinema’ because an experimental movie screened for the first time in Japan at the end of the 19th century.

Rissei Cinema shows many movies in a short span; so please visit their web site to see what movies are currently shown. Usually three or four movies are run every day.The door charge is 1,200 to 1,700 yen for an adult (depending on the movies), 1,100 to 1,400 yen for a student or senior (at or over 60), or 1,000 yen for a Rissei Cinema Club member. Advance tickets are also available, with charges also depending on the movies.Please note that the seats are legless. The rest room and vending machine are only provided on the 1st floor. Eating or drinking in the buildings is prohibited except for the theater lobby area, where sofas and chairs are provided for relaxing. On the shelves are used books, mainly in Japanese, which you can read even before or after the movie. Please refrain from smoking in the buildings. The theater is on the 3rd floor and is not wheelchair accessible. For those who need assistance, please contact the theater office in advance.

Besides the regular film program, other events are frequently held here. Please access the web sites of Rissei Machizukuri Community and Rissei Bunkanomachi Steering Committee (only in Japanese) via the links on Rissei Cinema’s web site. Just this month, for example, ‘Cinemea-DE-Kampai,’ a project of Kiyamachi Summer Festival 2015 will be held between July 18 and 20 (three-day weekend). Short movies directed by Tatsuo Kobayashi whose latest movie ‘Gassou’ will be released this autumn will be shown on the 18th, from 13:30 (\1,200 for an adult; \1,000 for a student or Rissei Cinema Club member). On the same day, Cine-mania Battle, a talk show, will be held from 18:00. Watching the talk show is free of charge, but you must order a drink. On the 19th, another talk show by movie folks and bartenders of neighboring bars will be held from 17:00, free of charge. If you are free, how about stepping back in time in this charming building? 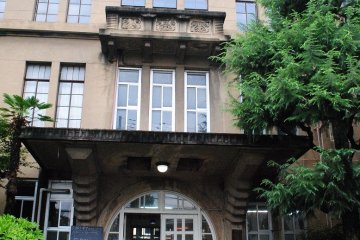 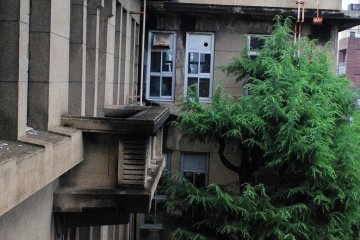 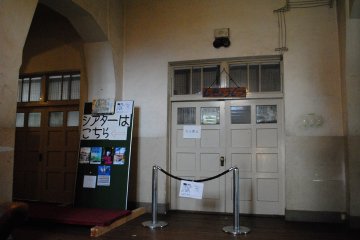 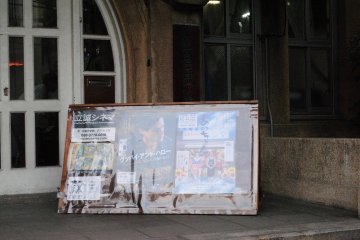 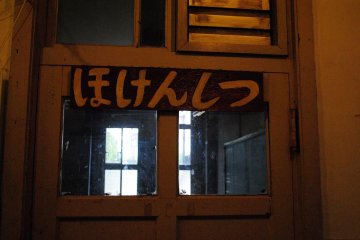