Top four filming locations to look out for

Japanese cinema has a legendary reputation across the world. In the early nineteenth century, such directors as Masahiro Makino, Akira Kurosawa, and Yasujiro Ozu created work that helped to define and still influences modern cinema on an international basis -- and naturally, much still remains from the peak of the era's production. If you’re a film fan travelling in Japan, be sure to look out for the remnants of this history which can be found dotted throughout the country.

Most visitors to Japan arrive through Tokyo, so if you’re spending a few days here to begin your trip be sure to visit this seven story homage to Japanese cinema. You can stop by a film screening, spend time perusing materials in the public library, or explore the dual-exhibit space on the top floor. For those with limited time to devote to the center, be sure to at least check out the museum; a well curated space offering a comprehensive account of the development of the film movement.

Himeji Castle is stunning. Even those with no interest in film will be blown away by its grand scale and elegant design. Keen film fans, however, will note its fame extends beyond its long political history. The castle has been the backdrop for a number of world-famous Japanese and non-Japanese films, including two of Akira Kurosawa’s later work, Kagemusha and Ran. If you’re planning to visit Himeji Castle already, look for where these directors have translated the location into their works of fiction.

As a whole, Kyoto has been integral to the development of cinema in Japan. It was here that the Lumière Brothers’ Cinematograph was first introduced. It was also here that numerous pioneering studios were originally set up. Kyoto has been both the backdrop and commercial driving force behind the industry since its inception at the end of the nineteenth century, and traces of this background can be found throughout the city, so look out for them! A few to mention include: the Former Rissei Elementary School, where the Cinematograph was introduced; Toei Kyoto Studio Park, a quasi-theme park quasi-film set visitors can explore freely; and such small monuments as the bust of prestigious actor Matsunosuke Onoe.

While not actually a desert, the small sand dunes in Tottori Prefecture, dubbed “Japan’s Desert,” can certainly conjure a formidable, desolate atmosphere when framed from the right angle. It’s for this reason the area was selected as the shooting location for one of Japan’s greatest filmic achievements: Suna no Onna (The Woman in the Dunes). Originally written by Kōbō Abe and later adapted to the big screen by Hiroshi Teshigahara, this film is a surrealist masterpiece which could not have crafted the mysticism and helplessness of the protagonist’s story without the perfect geographical setting. It’s safe to say Tottori Sand Dunes was performed excellently. 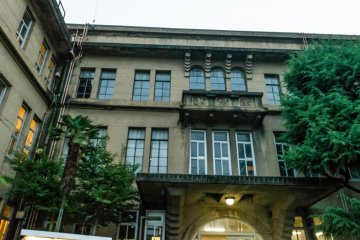 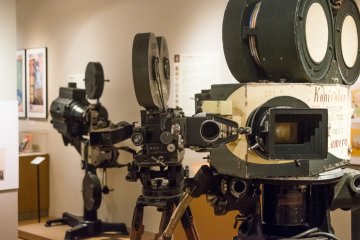 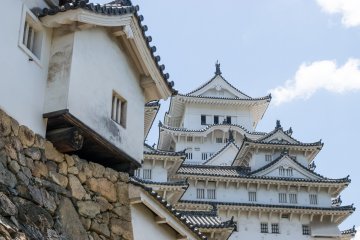