Mie Top 10: Attractions & Things to Do

Mie Prefecture might seem like an out-of-the-way destination with not much to do—but that couldn’t be further from the truth. With easy access from Nagoya or Osaka, Mie is home to some fantastic sites you won’t see anywhere else in Japan. From nature to manmade, to theme parks and race tracks, Mie Prefecture is certain to keep anyone entertained. Here are some of the best places to visit during your next trip to Mie.

No Mie destination list could start off with anything other than Ise Jingu—Japan's most sacred Shinto shrine. This is the premier Shinto shrine to experience a true Japanese 'power spot' and a shrine whose long history is steeped in imperial tradition. Rumored to be home to the Sacred Mirror (Yata no Kagami) that drew the sun goddess, Amaterasu, out of hiding, Ise Jingu is a shrine complex that stretches over Ise City.

It’s even said that Amaterasu resides in the inner shrine, Naiku, to this day. With well over one hundred shrines to see and experience, you’re sure to have a spiritual day wandering the many streets and corners of Ise. Nearby, you can find Okage Yokocho and experience an old-fashioned Japanese street. The shopping and dining street is dedicated to the many gods of Ise Jingu.

Located off the coast of Futami in Mie Prefecture are the Meoto Iwa or Wedded Rocks. This duo of picturesque rocks just off the shoreline are tied together by a shimenawa rope—made of rice straw that weighs over one ton. The rocks represent the creators of the Japanese pantheon of gods, Izanagi and Izanami. Therefore, these rocks are also said to bless unions, couples, and marriages. The larger rock, representing Izanagi, also has a stone torii gate atop its summit. The rope connecting them is replaced three times a year during a ceremony and at low tide, you can even walk beneath it yoursel. The best time to visit, however, is during high tide when the sun rises and falls between the two rocks.

While you’re in the area, keep your eyes peeled for statues of frogs all around. It’s said that these friendly little faces will welcome lost items back to you. The reason being is that the Japanese for “frog” and the verb “return” are both “kaeru”. Maybe you’ll find what you’ve been looking for with your next trip to Meoto Iwa and the frog statues.

If you love the ocean then you’re bound to like aquatic creatures, with Toba Aquarium a standout attraction in Mie. This aquarium has been at the forefront of the preservation and breeding scene in Japan, with breeding programmes for finless porpoises and dugongs.

Since its opening in 1955, Toba Aquarium has been visited by more than 55 million people. In addition to its impressive attendance—making it one of the most visited aquariums in Japan—Toba Aquarium also hosts a variety of shows featuring sea lions, penguins, and other special exhibitions. Discover a world of rare and fantastic creatures that you’ll love exploring.

This garden was built during the Warring States Period—and as such, it has a rather violent history. The gardens surrounded what once was Kiriyama Castle. Although today only ruins remain, the Kitabatake clan that ruled Kiriyama Castle held power there for more than 240 years. Until that is, they were killed by Nobunaga Oda’s son. Nobukatsu married into the Kitabatake clan and after only one year in the family, he brutally killed his in-laws and many of their vassals.

The castle and gardens fell into disrepair and it wasn’t until the Edo period that the remaining vestiges of the Kitabatake clan vassals breathed new life into the garden. Today, visitors can traverse a series of stone bridges crossing these quiet mossy grounds. If you visit, you’ll feel as though you’re a part of those Sengoku days of old.

Tsu Castle was originally built in 1558 and after only ten years of rule under Hosono Fujiatsu, Oda Nobunaga took control of it. It was under Nobukane, Nobunaga’s younger brother, that Tsu Castle greatly expanded. This continued for 20 years until, after Nobunaga’s death, his right-hand man, Hideyoshi, rewarded one of his vassals by giving him the castle. That wasn’t the end of the castle’s transfer of ownership; in 1600, the castle was given to the Tomita clan after the Battle of Sekigahara.

What was once an amazing castle is largely reduced to ruins today. Although the park that stands there today is a glimpse of how impressive Tsu Castle once was. Visitors can also see the restructured yagura tower that was rebuilt after a fire in 1662. However, by 1912, the castle had fallen into disrepair and was already mostly destroyed. Still, the castle site and park are listed as one of Japan’s top 100 castles.

The birthplace of cultured pearls lies in Mie Prefecture’s Toba City or, more precisely, off its shore. Mikimoto Pearl Island, off the coast of Toba, is home to a museum and exhibition of some of the most amazing pearl craft pieces to ever exist. View a globe of the earth crafted from these manmade pearls—12,541 to be exact—along with rubies and diamonds.

Ride a passenger ferry through Toba Bay to reach Dolphin Island. Named for the dolphin shows at the aquarium on the island, you’ll love watching these awesome creatures swim and perform. For an additional fee, you can even get up close and personal with the dolphins. There are three marvellous ferries that depart from Toba Bay pier to whisk travelers to Dolphin Island. As well as dolphins, you can also see sea lions and many other great sea animals.

Not many travelers match Mie Prefecture with thrills and excitement—but thanks to Nagashima Resort, you will. With easy access from Nagoya, Nagashima Resort is one of the most popular Japanese theme park complexes. Not only will you find Nagashima Spaland, famous for its exciting roller coasters, you’ll also be able to soak away your troubles in Yuami no Shima hot spring park, go flower viewing and admire illuminations at night in Nabana no Sato, beat the heat of summer at Joyful Waterpark, and shop until you drop at Mitsui Outlet Park Jazz Dream Nagashima.

There is so much to do at Nagashima Resort that you might have trouble fitting it into one day. Luckily, there are plenty of great places to stay nearby so that you can enjoy a few days in the area.

If you’ve ever wanted to visit colorful Spain, then consider a visit to Shima Spain Village on your next trip to Mie Prefecture. Parade around the park with brightly-dressed flamenco dancers and even brighter parade floats. Visit the realistic Spanish architecture—and for adults, buy some imported Spanish wines and beers.

Shima Spain Village isn’t just about its parade and shopping though, you’ll also find plenty of exciting attractions to keep you and your family busy all day. There are roller coasters, a mystery house, and a lagoon getaway boat. Perhaps, one of the highlights ought to be their traditional Spanish costume portraits—which are offered around the park. You’ll love your vacation away from your vacation as you romp through Spain in Japan.

If you’ve got a need for speed, Suzuka Circuit is the place for you. This internationally acclaimed racing course in Mie Prefecture is the perfect place for a day trip. Watch automobiles or motorbikes tear up the track as they race in excitement—it is perhaps known internationally as home to the Japanese F1 Grand Prix.

After you’ve had your fill of races, why not visit Motopia, Suzuka Circuit’s own amusement park. There are rides for all ages to experience. If you’re craving even more speed after you’ve had fun on the go-karts or racing cars, enroll at the Suzuka Circuit Racing School for an intense driving experience like no other. You’ll be coached by the experts on how to race and turn like the pros. Suzuka Circuit is the perfect place for any racing or car fans to spend their time. Experience the Japanese Mecca for racing fans! 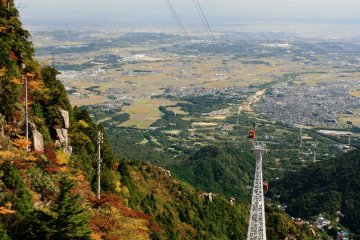 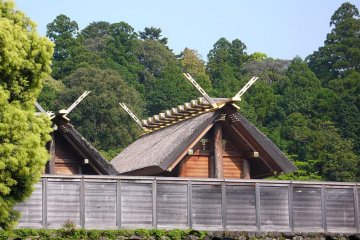 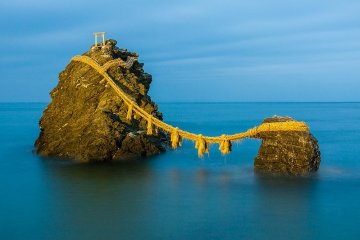 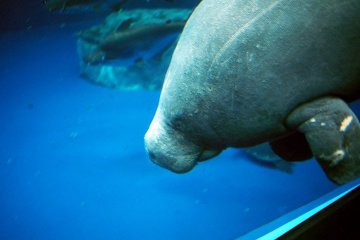 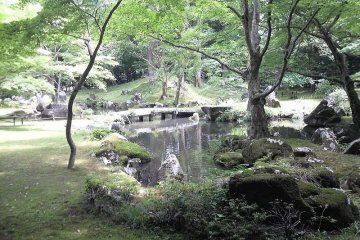 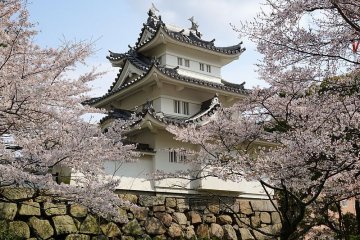 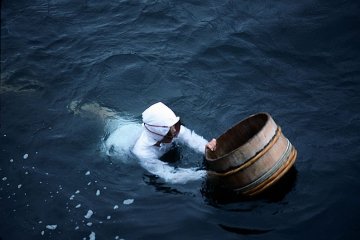 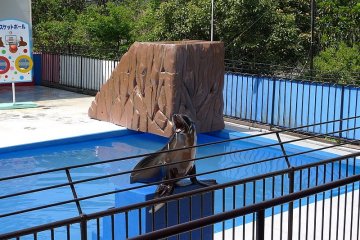 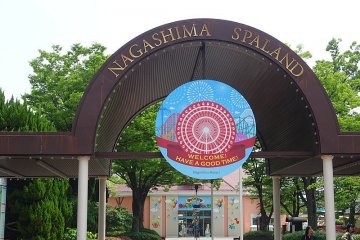 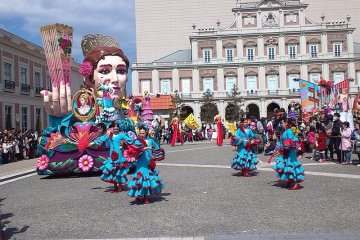 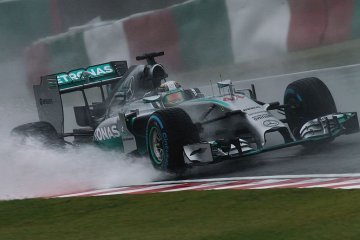