Connecting the cultures and people of the city

Sendai is the largest metroplois in the Tohoku region and a focal point of business, culture, and tourism. Tohoku is in the northeast of the main island of Japan, incorporating Aomori, Akita, Iwate, Miyagi, Yamagata, and Fukushima prefectures. Far but easily accessed from Tokyo, this compact modern city takes pride in its forward thinking and intercultural openness.

Right across the street from the Sendai City Museum, is the Sendai International Center. Established in 1991, it exists as a place for international and intellectual exchange. The building itself has an abundance of facilities and equipment to cater to the needs of any companies or organizations looking to host an event, presentation, or meeting. March 2015 brought the completion of the new convention center. The main building and larger convention center are connected, each offering top-of-the-line today's essentials like video, sound, and simultaneous interpretation in up to 6 languages. Food and drink service can be purchased directly through the onsite restaurant. From December 2015, a new subway line means convention goers can reach the International Center in just four minutes from Sendai Station. Sendai is accessible by a one and half bullet train ride or one hour flight from Tokyo. Sendai's airport is just 30 minutes away from Sendai Station. The phrase "Time is money" carries a lot of weight in Japan!

For the average traveler or tourist in Japan not on business, this international hotspot has something to offer you as well. The Sendai International Center is also known to host city events for the public or events from the nearby Tohoku University, which specializes in science in technology education. Most popular of these events is the Sendai Earth Festa. Every September an international exchange put on by the cooperation of public and civic organizations, international students, and dedicated volunteers takes place. Workshops, exhibits, and presentations fill up every nook and cranny of the building all in the name of cultural exchange and celebration. Food stalls offer cuisine from around the world, often prepared by people from that country. Also inside the center is the Kyoryu Corner. This is my favorite place to visit when in the area because it is free and full of resources. Kyoryu means exchange, and for good reason. There are various language textbooks, media resources, sightseeing and language support information, and free Wi-Fi. You may be able to meet a new international friend there, too. It's a great place to network and learn about the diversity of Sendai. Outside the entrance is a display case of gifts from Sendai's sister cities.

Sendai International Center welcomes all. The International Center is more than capable of hosting everything from large international conventions, to the local wanting a quiet place to study, or tourist looking for information about nearby local attractions. Access via a 10 minute bus ride (number 4 bus), 4 minute subway line, or 30 minute walk from Sendai Station. 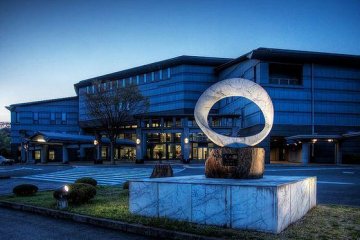 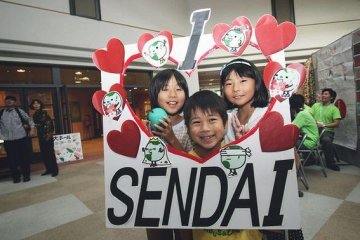 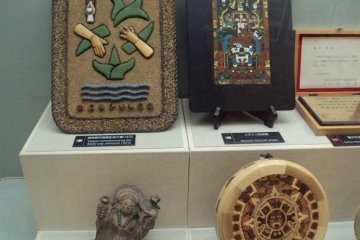 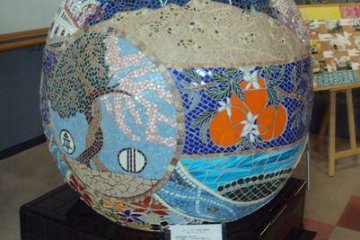 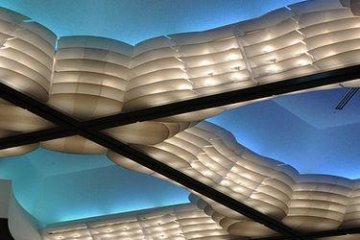 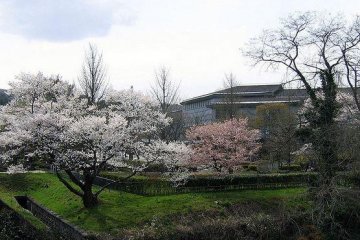