An unpretentious resort for a socialite's lifestyle

With temperatures rising and Japan's notorious hot and humid summers breathing down our necks, it's the time of year where families and groups of friends flock to one of Japan's most well-known summer retreats, Karuizawa.

Located in Nagano Prefecture, fans of the popular resort area include John Lennon and Bill Gates, who is rumored to have been building a mansion there.

Among the many different accommodations Karuizawa offers, ranging from extravagant hotels and resorts to quaint cottages, is the Kyu-Karuizawa Hotel, set to reopen on July 11th (only a soft opening; the grand opening is expected in autumn) after eight months of renovation. Located just off of Karuizawa's main street and with "an unpretentious resort for a socialite's lifestyle" as its concept, the hotel combines a luxurious experience with an at-home feeling for those wanting to escape the urban heat and their busy work schedules.

The hotel's most notable features include its top-class French restaurant Le Signe led by executive chef Soshi Ueno, in addition to its 50 deluxe Japanese and Western style rooms. The Kyu-Karuizawa Hotel also offers butler services and complementary pickup from JR Karuizawa Station, while weddings and banquets can be held there as well. Its convenient location in the Kyu-Karuizawa (Old Karuizawa) district means that the area's main attractions, such as the Old Karuizawa Ginza, the Mikasa Hotel, and Shiraito Falls can be accessed without difficulty. For those wanting to visit in the winter, Karuizawa is located not far from several ski slopes, such as the Karuizawa Prince Hotel Ski Resort.

Accommodation rates start from 27,400 yen for a Deluxe Japanese-Western Room for four people including dinner and breakfast. 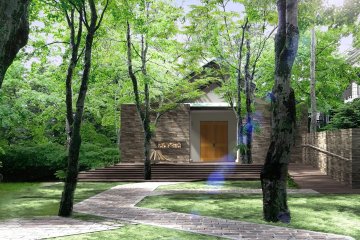 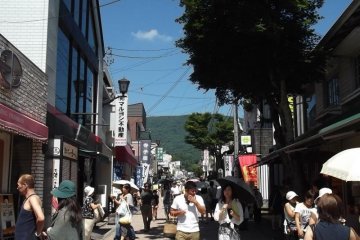 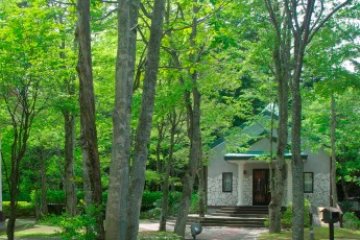