A unique place with a mysterious scenery

During my stay in Nagasaki I visited JR Nagasaki Station several times. It is a wonderful place where you can find almost everything; there is a big shopping mall, a cinema, lots of restaurants and coffee shops… It is a vibrant and energetic hub. I love it!

It was at the tourist information office where I found a leaflet about the so-called Battleship Island, and it immediately caught my attention. So the following day I went to Tokiwa terminal (20-minute walk from Nagasaki station), from where a company called Gunkanjima Concierge Company runs a 2-hour cruise to this mysterious island.

The actual name of this island is Hashima. It is located around 4.5km west of the Nagasaki Peninsula, 2.5km southwest of the Mitsubishi Mining Company’s main coal mine on the island of Takashima, and 19km southwest of Nagasaki Harbour. It is a very small island with a former seabed coal mine. It is surrounded by a sea wall and has abandoned multi-story concrete apartments that give Hashima the appearance of the warship Tosa. This is also the reason why the island is known as Gunkanjima, literally “Battleship Island”. When the mine was closed in 1974, the island was abandoned by the people living and working there and it soon became totally deserted. It only reopened to visitors in 2009, when it joined the tentative UNESCO World Heritage list as part of the Modern Industrial Heritage Sites in Kyushu and Yamaguchi.

So what it is like visiting this mysterious former coal mine island? In words of Michiko Kasahara, former curator of the Museum of Contemporary Art in Tokyo and now chief curator of of the Tokyo Metropolitan Museum of Photography “on Gunkanjima, things—including the island itself—arbitrarily transformed themselves in such a way that they became an art museum”.

I totally agree with her, it feels like an open-air museum indeed. The Battleship Island cruise takes you to this highly unique place and you have the opportunity to set foot onto the island and walk around a little. Unfortunately it is strictly forbidden to leave the designated areas and paths. Although I understand, as I assume some of the ruins might not be so stable any more; however, it is a pity, because once there I just would have loved to explore the whole island in detail and spend long hours photographing the beauty I found in the decay of this wonderful place. Anyway, it is still worth it. For some more pictures, please have a look at my related photo story.

Did you know that Gunkanjima served as inspiration for the James Bond movie Skyfall? Although the filming did not take place on the island itself, it has got a lot of attention since then, and rightly so.

Find out more about Gunkanjima. 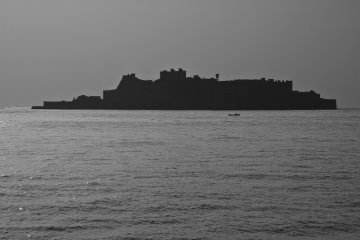 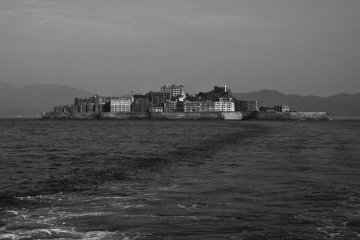 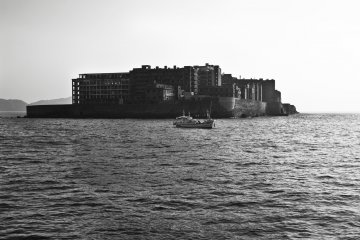 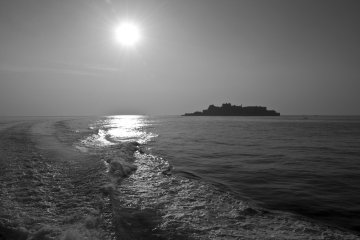 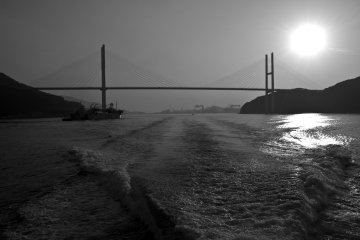 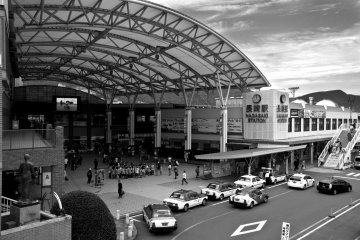