Home to the oldest extant Buddhist statue in Japan

Asuka-dera (Asuka Temple), also known as Hōkō-ji, was a temple complex originally built in 588 by Sogano-Umako (see Ishibutai kofun), powerful leader of the Soga clan. He was instrumental in the spread of  Buddhism in its early history in Japan. Originally, the temple was much larger in size and area, containing three Main Halls. Through the centuries, hoewever, the temple has suffered fires and earthquakes that completely destroyed the building complexes. The current buildings date to the Edo period [1600-1867].

In addition, when the capital moved to Nara in 710, some of the buildings of Asuka-dera were moved there and reformed under a new temple complex known as Gongō-ji.  The original Asuka-dera remained as a reduced-sized temple complex that has survived until recent times.

The main object of worship at Asuka-dera is the 2.7-meter high bronze Great Buddha (Shakyamuni), which was built in 609, twenty years after the temple’s founding. It was the first major work of Kuratsukuri-no-Tori [saddle-maker Tori], or Tori Busshi [Buddhist statue-maker Tori], a craftsman with Chinese (some say Korean) historical roots. He is also credited with creating the Shaka triad at Hōryū-ji Temple.

Fortunately, the Great Buddha suffered only minor damage in the temple’s fires. Half of the face of the statue was burned in one fire, and it is said that one is provided a completely different view of the Buddha’s countenance depending on the viewing angle. The statue has been designated as аn Important Cultural Property and recently celebrated the 1300th anniversary of its creation.

The Temple also contains a carved wooden image of Prince Shōtoku depicted as a bodhisattva. There is also a naka-niwa [inner garden] directly behind the main hall, that can be viewed on the way out. After leaving the garden, in glass cases lining the walkway there are some displays of items that were uncovered during excavations of the temple.

Outside the main building is a temple bell that visitors are welcome to ring, andin the courtyard in front of the Main Hall there are modern stone statues of Fudō Myōō, Shakyamuni, and others. A short walk out the western door of the Temple complex brings you to the kubizuka [head memorial] grave stone marking where the head of Iruka Soga was purportedly buried. Iruka was assassinated in 645, in a political struggle between the Soga and Nakatomi clans. The monument to him, however, is reported to have made in the Kamakura period [1185-1333] 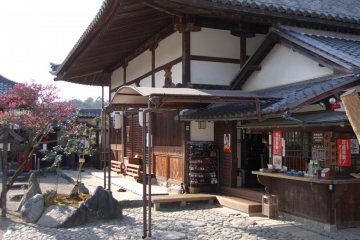 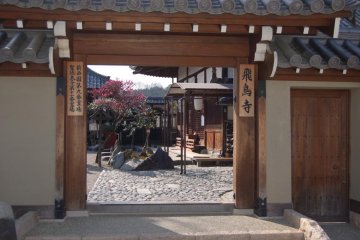 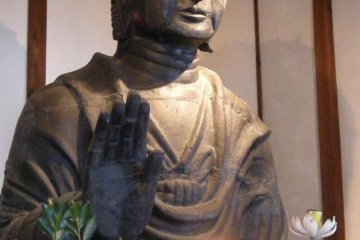 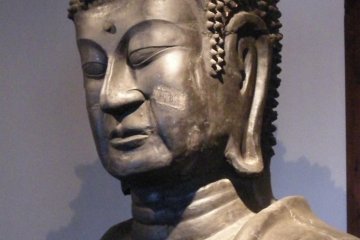 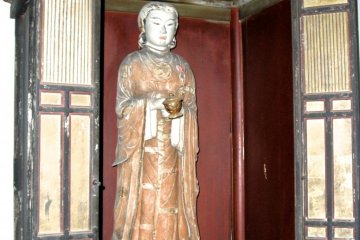 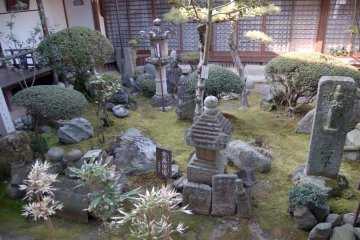 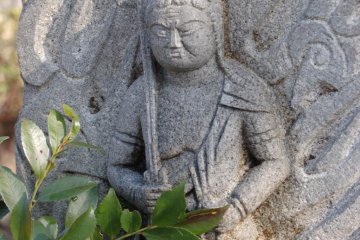