Autumn Glory at the Eyesight Temple

The hands of the giant 20 meter standing Buddha were carved in an oddly familiar pose, with the index and little fingers straight, and the middle and ring fingers curled back toward the palms of his hands.

“That pose means, ‘I’m going to help you,’” said the monk who was guiding me through the grounds of Tsubosaka Temple. When I commented that it looked like the gesture Spiderman does when shooting web the monk laughed. “That makes sense, Buddha was the Avenger of his day.”

Tsubosaka-dera, literally “Jar on the Hillside Temple” got its name through its founding legend. Supposedly, the ascetic shaman Benki Shami came to the site in 703 and built a hermitage. One night his evening prayers were interrupted by a beautiful voice chanting from the Buddhist Senju darani scripture. An intense blue light emanated from the ground at the source of the voice. Benki dug up the spot where he saw the light and found a golden Senju Kannon, thousand armed Buddha Statue, inside a lapis lazuli jar. Many years later after the story of the Buddha statue and of Benki Shami’s healing skills had spread and grown popular, Benki was summoned to the Imperial Palace because the Empress was suffering from an eye disease. After placing his prayer beads over the Empress’s eyes and reciting the Senju darani, the Empress’s eyesight was restored. She rewarded Benki by building Tsubosaka Temple and enshrining the Senju Kannon in the Hakkaden (octagonal hall) in 717. Tsubosaka Temple has been known as the temple for eye cures and eye health ever since.

People came in uncountable numbers over the centuries to pray at Tsubosaka Temple and to buy medicine from the pharmacists and eye clinics that grew up in the nearby town of Takatori. The thousand-armed Senju Kannon Buddha of the origin story remains enshrined in the octagonal Hakkaden Hall. The original 8th century structure was rebuilt during the Edo-Period (1603-1868) and is one of many historical buildings on Tsubosaka Temple’s grounds. The Taho-to treasure pagoda and 3-story pagoda date from the Heian Period (794-1185) and 1497 respectively and are possibly the most photogenic structures at the temple. Besides the historic pagodas, gates and halls, Tsubosaka Temple is home to 3 Buddha statues (the tallest of which is 20 meters tall), a wall of bas-relief sculptures telling the tale of the Buddha, and a Taj Mahal-recalling sanctuary. These structures were carved from white marble and presented to Tsubosaka Temple by India as a gesture of gratitude for the work and support the temple gave and continues to give to the Jalma Institute of Leprosy and other Mycobacterial Diseases. The contrast of the traditional Japanese architecture and folklore, and the carved stone sculptures from India, and the expansive view over the valley from the Buddhas makes a trip to Tsubosaka Temple fun and memorable. The autumn foliage on my trip made it even more spectacular.

Tsubosaka Temple is 4 kilometers up a mountain from Tsubosakayama Station on the Kintetsu Yoshino Line, the standing Buddha statue can be seen from the train. A bus (look for these kanji: 壷阪寺前) makes 4 round trip journeys per day during the week April-November and a more generous 7 to 11 round trips in March and on weekends during the spring, summer and fall. There are 2 round trips per day from December to February. Alternatively, one can rent a bicycle (or 50cc scooter if you have a Japanese Drivers License or acquire an International Drivers Permit before coming to Japan) Asuka Ren-a-Cycle at Asuka Station and ride to the temple from there. 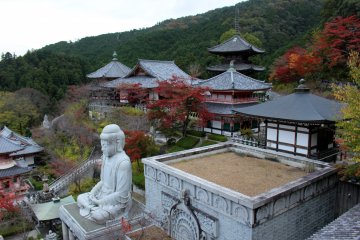 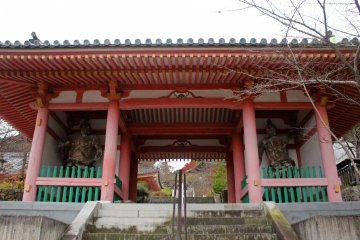 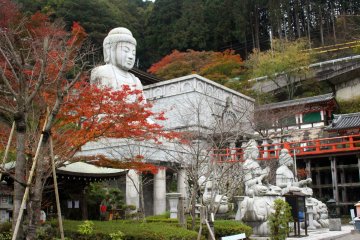 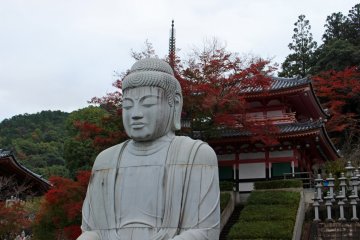 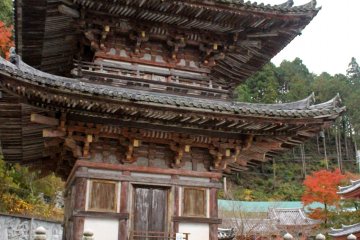 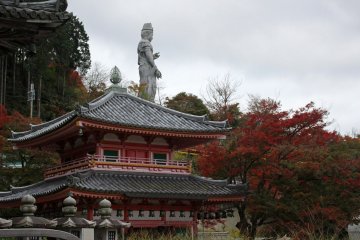 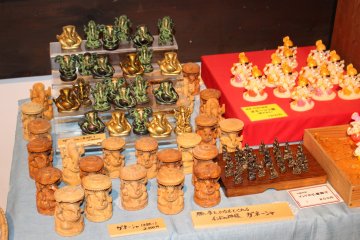 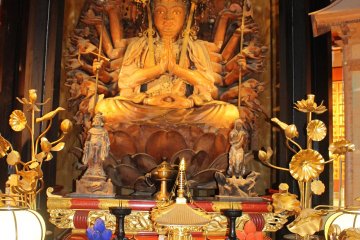 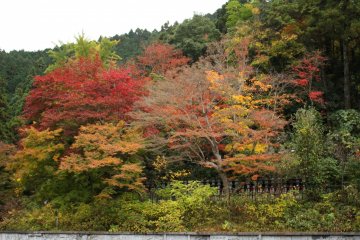 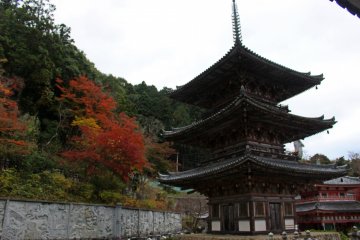 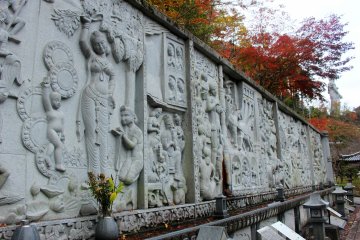 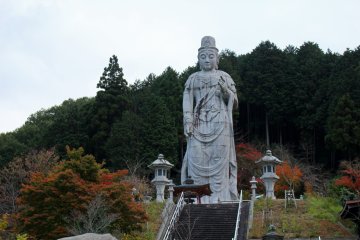 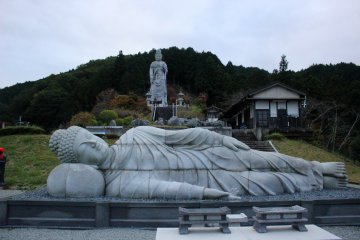 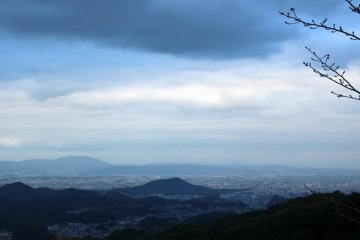 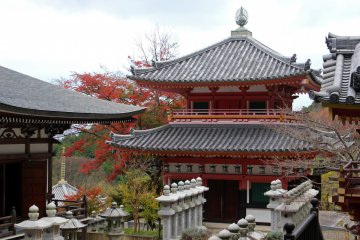 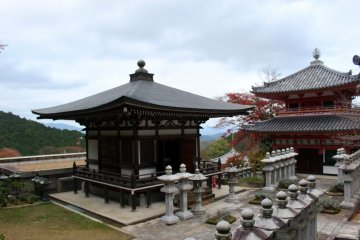 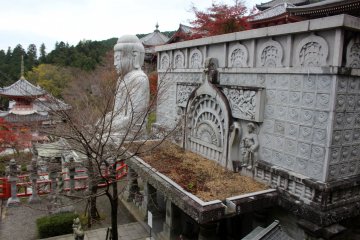 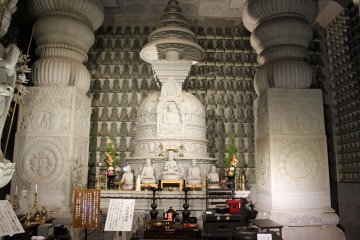 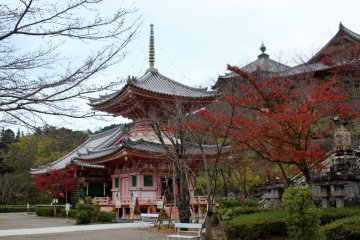