When I was reading up about early Japanese history, the Asuka area etc I learned about Takatori castle (高取城), which had been built on the top of a 583 meter mountain, Mt Takatori, in southern Nara, near Tsubosakayama. The castle was a massive fortification in it's day and all that remains today are the stone foundations of the former castle, tightly pieced together and the corner angles are very clearly defined as if pieced together like a jigsaw puzzle.It is considered of the three top mountain castles in Japan and is one of the few castles that has its own well. The last known images of the original castle are displayed along with a computer simulated image on a signboard near the top of the mountain, but the real castle was torn down some time in the late 19th century.

I decided I would climb Mt Takatori and take a look for myself. The ruins can be reached from either Asuka or Tsubosakayama stations on the Kintetsu Yoshino line. I asked at the station about the best way to get to the ruins and the man at the station said you can either take a taxi or a bus to Tsubosaka Temple and walk the remaining distance (about 2km uphill). The taxi fare to the temple is about 1,300 yen, and there are only about two buses an hour and rather than wait for the bus I decided to walk instead. The easiest way to describe the route is to walk directly north ahead from the station, at the second street turn right and you will come onto to a long brick-paved street. (I took the first right before this road which is a busy national highway, you go past a Lawson’s convenience store and at the next street take a left turn (it is signposted 高取城跡) and if you walk about five or ten minutes you will end up in the same place, opposite a large white old-looking building that had an interesting pattern on the walls and stone foundations (see accompanying photo). If you are coming from the paved road, walk straight ahead past the white building and you will walk up a long one-lane country road about a couple of miles. The signposts from the station say the distance to the castle is 4.3 kilometers, or about 3 miles. The first two kilometers are a long winding road that leads up a small valley. The road then turns into what becomes a walking track. I will add that just before the end is some public toilets- this is the last toilet stop and there are no toilets or any vending machines past this point, so its advised to stock up on liquids before proceeding further. I met a local farmer and asked how long it takes to walk to the top and he said about an hour and twenty minutes to cover the last two kilometers. I assure you, those are the hardest two kilometers I have done in my entire life. The track proceeds on an upward gradient of what I would say is a 30-degree slope, it is quite steep and gets progressively steeper. At some points its more like you are climbing than walking up a mountain path. After about an hour of walking the outer walls of the castle come in to view and you can see the intricate stone work in the foundations, and you wonder how they got all these large stones up the top of a mountain as it was all built by hand.

You walk though the outer gate (二門) and into what was the inner sanctuary (本丸) and walk up to the uppermost rampart, 480 meters above sea level. There is a large platform called Taiko (where I can only guess they kept and displayed their taiko drums) at the top. The view looks out over southern Nara, Yoshino, and you can see Mt Katsuragi and Osaka in the west, far in the distance between the hills. To get back down from the summit, you can walk back down the way you came- when you come to a concrete monkey about 800 meters down you turn right and can head down to Asuka-mura (明日香村) or you can head down the other side, towards Tsubosakayama temple. Climbing down the mountain you will come to a paved road. You walk all the way to the bottom, at Tsubosakayama temple you will see a huge stone Buddha figure sitting in front of the temple. There is a walking path nearby and I think for 800 yen for adults you can walk around the path and enter the temple. Being close to New Years Eve, the temple was closed. There are virtually no shops open here (except for an udon restaurant) so make sure you bring your own food and drink. A vending machine is near the restaurant and that is the last one you will see before reaching the bottom of the mountain. The walk down the hill is about 4 km, on going back to the station you will walk past some old country houses. In one place I noticed many bottles of herbs and leaves on the shelves and it turned out to be Chinese herbal medicine. I met the owner and he told me this was his storeroom and his hobby also was to make Japanese flutes (shakuhachi 尺八) which I thought was really interesting. He also said on November 21 each year is a festival where people dress up in traditional costumes and parade in the streets. The paved road I mentioned earlier is about 1.5 km long and lined with bamboo lanterns that are carved out and have a candle inside. About halfway down is a small museum called “Musokan” (夢創館) which was closed on this day but is said to have many historical artifacts and other old items from the area. To get back to the station you turn left at the post office on the corner, walk down the road, past the second post office and the station is about 700 meters on your left.

Depending on the weather its best to bring light warm clothing, a backpack or a waistpack, a camera and sturdy walking shoes. This is a hiking trail so come prepared.

Depending on the level of fitness and how many stops you make, allow two hours each way. Traveling on foot, I left at 12.45pm and was back at the station by 5 pm. Obviously it will be quicker if you take the taxi or the bus. The bus goes as far as the temple and then you have to walk the rest of the way. I thoroughly recommend this hike for the summit view alone, and you can only imagine the kind of history the mountain has seen, and to know there was a very large and very real fortress (which existed as late as the late 1800’s) at the top of the mountain and you wonder who actually lived there and how they lived. 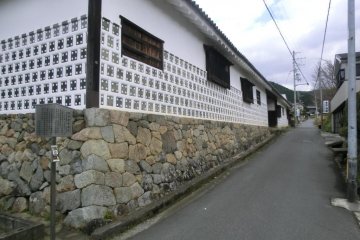 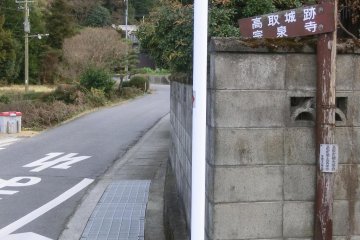 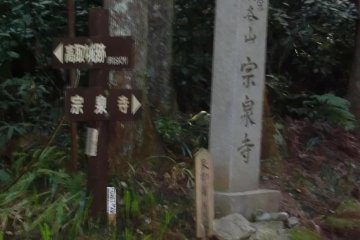 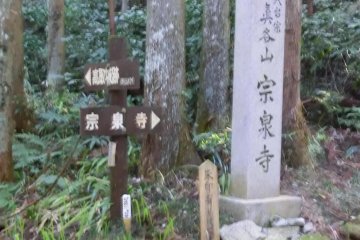 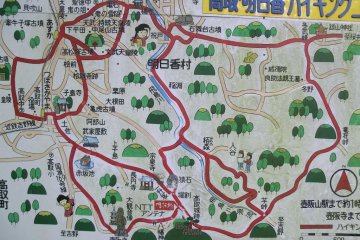 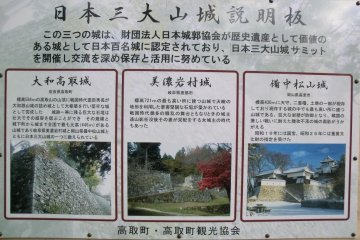 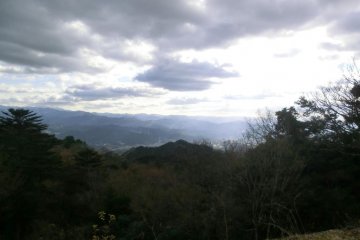 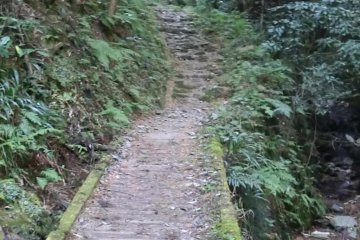 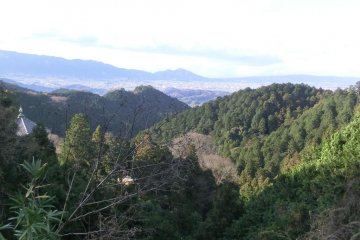 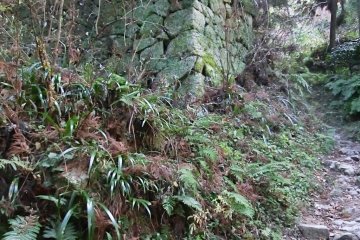 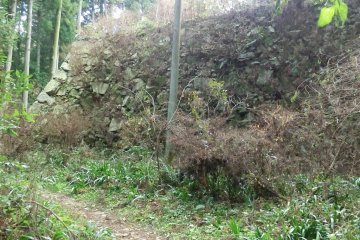