It's hard to go past the rich flavours and earthy heartiness of ramen. This famous dish is quite possibly the iconic soul food of Japanese cuisine. Originally from China, ramen has evolved over the years to feature an incredible variety of soup flavours and noodle textures. Usually served together in a single bowl of heaven, one of the more popular styles of ramen has the noodles and soup served separately.

Known as tsukemen, this kind of ramen is eaten by dipping its noodles into the soup. Tsukemen soup tends to be a lot richer and more concentrated than the soups of other ramen while the noodles are often quite thick and wholesome in texture and flavour. A great dish, tsukemen was invented in Tokyo in the 1960s and has since spread all over the country and even abroad.

A great little tsukemen noodle bar can be found in the CoCoLo Yuzawa shopping precinct in Echigo Yuzawa Station. Having spied Echigo Tsukemen Ishin a number of times during our visits to Echigo Yuzawa, we finally had the opportunity to try it. Like many ramen stores, we ordered our noodles via the ticket machine outside. Choosing the signature tori-ton tsukemen, a chicken & pork bone-flavoured tsukemen for only JPY850, we settled down and waited.

It wasn't long before the staff brought out our order. If you're not prepared for it, you may find that the cold noodles and the warm broth to be a surprising combination but the two really do go perfectly together, especially when the noodles are so obviously well made. The secret to good tsukemen, of course, includes a decent soup but actually rests in the quality of the noodles. In Niigata Prefecture pride in produce is a thing, and the noodles are clearly delicious.

Echigo Tsukemen Ishin is one great little place to enjoy a satisfying taste of Echigo Yuzawa and is well worth the visit.

Echigo Tsukemen Ishin is the first restaurant on the left of the CoCoLo Yuzawa shopping precinct, located right outside of the ticket gates of JR Echigo Yuzawa Station. 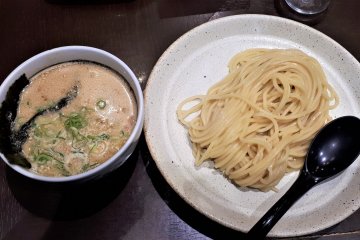 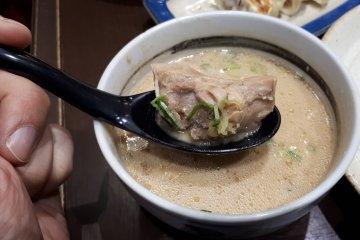 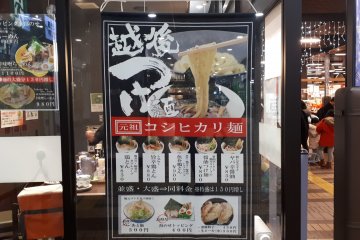 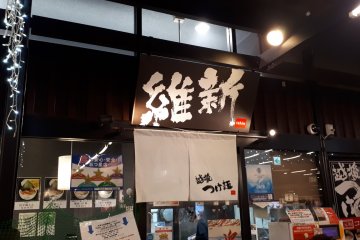 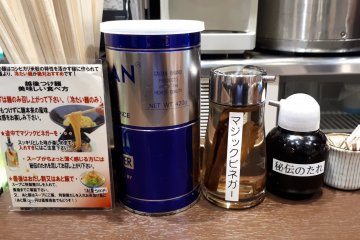 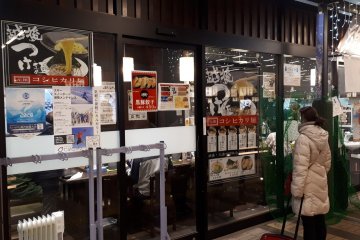