One of the great music festivals in the world

Fuji Rock can be a bit of a confusing name if you don’t know what is going on. The biggest summer music festival is a long way from Fuji, held as it is at the Naeba Ski Resort in Yuzawa Town, Niigata Prefecture. Even though it is part of Yuzawa, Naeba is quite a distance from the town itself (about half an hour by bus) but it is definitely worth making the journey out there if you love music, festival atmospheres or large crowds of people partying.

The Fuji Rock Festival celebrated its 16th anniversary in 2012, taking place at the end of July. It started in 1997 on the slopes of Mount Fuji when the Red Hot Chilli Peppers were forced off the stage by a typhoon, and finally settled in Naeba after a year in Tokyo. Bad weather can still feature during the festival weekend, so it is best to be prepared with a warm layer and waterproofs just in case. (Umbrellas aren’t allowed.)

The event bills itself as one of the great music festivals in the world and although facing stiff competition within Japan in recent years with some other large summer music gatherings, it is still up there, offering everything you would expect from a giant festival.

If you are going for the full experience, camping is a must. There is a huge tent village, though lots of the area is on a slight slope making pitching your tent a bit of an art and the regulars quickly colonise the best spots. Waking up having rolled into a corner with a face full of damp plastic tent is a shared experience among campers. (Many just abandon their tents when they stumble home on the Sunday, and the festival organisers have resorted to bulldozing the remaining ones into a pile during the clean-up days.) If that doesn’t appeal, there is plenty of accommodation in Naeba (a short walk to the festival ground) or Yuzawa (served by a fleet of free shuttle buses.)

The festival itself kicks off with a free day on the Thursday as a bit of a warm up. Friday, Saturday and Sunday are ticketed and when the big names perform. The festival ground is expansive with about 10 different stages and areas. This often leads to mad dashes from one stage to the next as you try to catch the acts you want to see and occasionally that unique festival dilemma: to leave one rocking act mid-set to risk a trip to someone else you want to watch, but will it be as good? One of the other joys of the experience is discovering acts you’ve never heard of but who keep the crowd pumping on a par with some of the headliners. It can be very much a case of in-the-right-place-at-the-right-time – passing a stage on the way somewhere else, following a recommendation from a new friend, or staying put in one area exhausted after a bout of over-enthusiastic pogoing. There’s music for all tastes and moods; just wander around and you’ll find your groove.

The backdrop too is stunning, with lush green mountains and forests all around. The festival is doing its best to be as friendly as possible to the environment with several eco-energy and recycling initiatives underway, and consideration for the impact of tens of thousands of revellers on the local ecosystem.

There is a great atmosphere throughout the festival – the volunteers, the acts, the crowd. A sleepy little off-season mountain village comes alive as it is invaded by mud-splattered, shell shocked party people weaving around, sleeping in the station as they wait for their trains, all looking tired but grinning. It’s an awesome weekend. Make new friends, dance, eat, queue, walk, sleep (a little…maybe), dance some more, hear some great tunes. It could be wet, there might be mud, but nothing will damp the spirits or stop everyone from having fun. 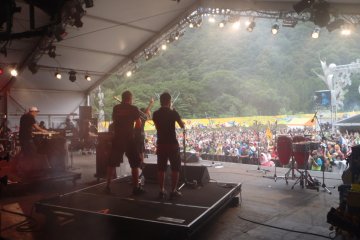 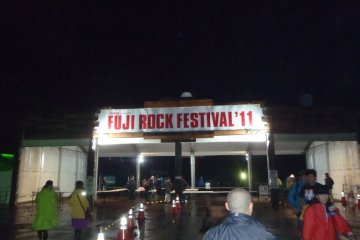 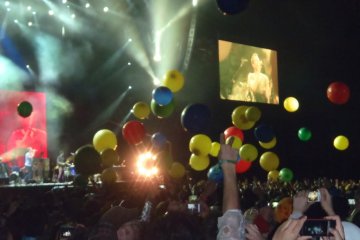 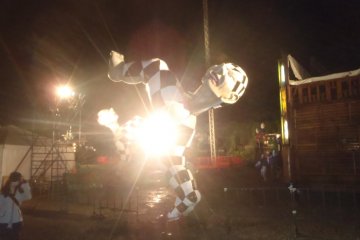 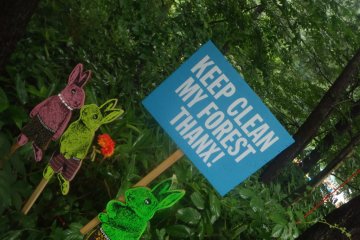 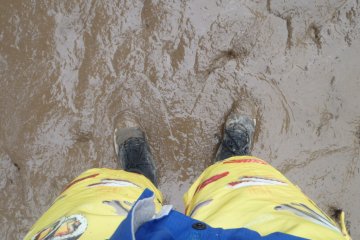 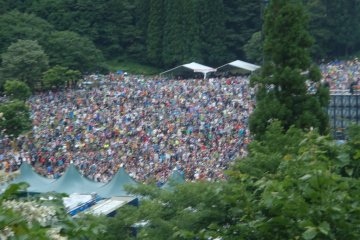 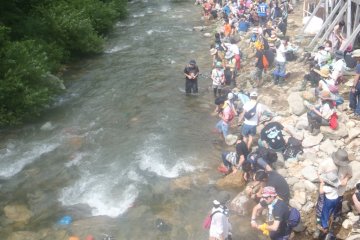