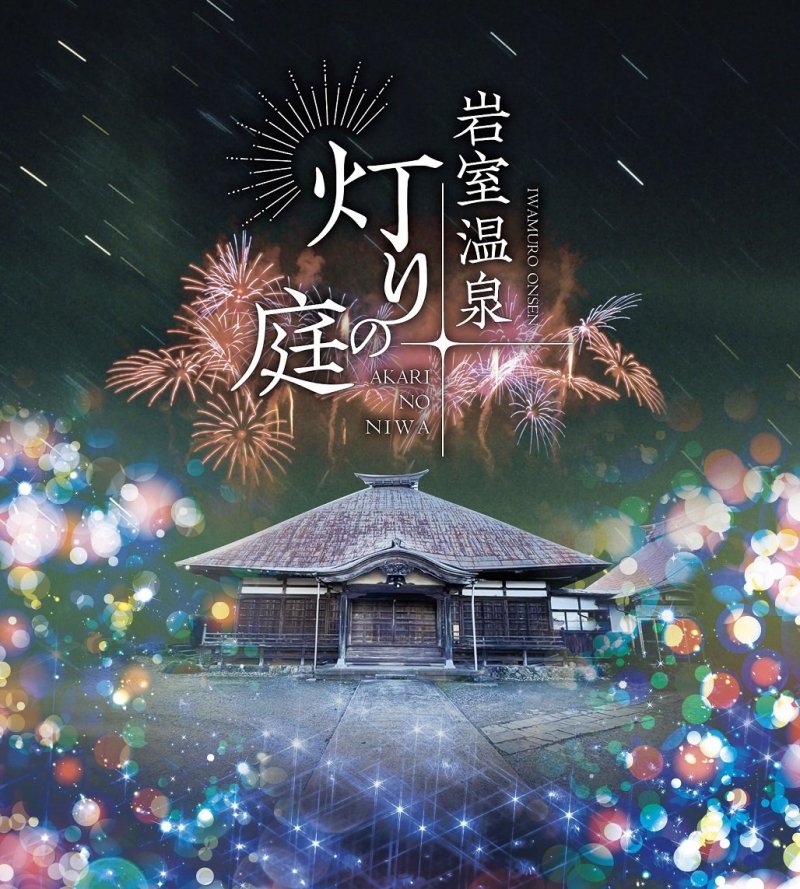 Illumination events are one of the winter season's highlights, and a number of them take place in and around onsen towns. On Fridays, Saturdays, and Sundays between January 7th and January 30th, Iwamuro Onsen's Kyokakuji Temple will be illuminated with colorful lights, plus there will be geisha dance performances and a tea house operating in the precincts.

The event will also include a fireworks event on Saturday, January 22nd (pushed back to the 29th in the case of bad weather). The exact timing of the fireworks will only be released to those already at Iwamuro Onsen on the day to avoid crowding.

Admission to the event is free of charge.

Kyokakuji Temple is located approximately ten minutes by car from the Iwamuro Station area, which is served by the JR Echigo Line.

For those who opt to drive, it's recommended to park at the Iwamuro Tourist Facility (on Google Maps here).