A fishermen's village lost in time

The 200-year old wooden houses in a tiny fishermen's village near Ogi Town don’t see many visitors. Hidden behind a large wall of windbreakers near the rough Sea of Japan, the village seems quite, almost deserted but for a lone cat strolling through its stone-paved alleys.

About 200 old houses are nestled together, as if to seek shelter from the harsh wind from the sea, and they are connected by small alleys and passageways. A small stream is running through the village and an old woman washes her vegetables in the water of the stream. It is eerily quite during the day as most of the very few villagers who still live here are out for work.

Thankfully there is none of the usual tourist circus and surprisingly there are no colonies of artists either who would elsewhere move in and make this traditional place their home for creativity and inspiration.

Few houses are still inhabited while many others are waiting for better days and new owners. The occupied houses show some signs of life like colorful kaki fruits hanging out for trying in grey early winter days, or pots of flowers brightening up the deserted village landscape.

The dwellings, storage places and alleys date from the 17th century when the Gold mining business on Sado Island was flourishing and many places were providing services in relation to the mining and shipping of gold.

In those days Shukunegi was a prospering port and a center for shipbuilding of large junks, called sengokubune. A replica can be admired in the Ogi Folk & Sengoku Ship Museum nearby.

Many carpenters and captains lived here. They were crafty people who applied their knowledge of the sea off-shore. Some houses were built from the wooden planks of old fishing boats and one house was even built in the shape of a boat.

All is authentic, and Shukunegi it is now a Heritage Preservation Area. In the language of the Japanese Agency for Cultural Affairs and under the Law of Protection of Cultural Properties there is a category called “Groups of Traditional Buildings”, which are preserved and protected under this law. It seems that there are nearly a 100 such areas all over Japan with over 15,000 buildings being protected.

Such local areas, like Shukunegi, can be considered lucky as they receive official support and funding to preserve their heritage.

Examples of such areas include traditional fishing villages, farming villages, samurai quarters, post towns and temple towns, castle towns and merchant towns; even a couple of former pleasure quarters are on the list.

Even so, Shukunegi does not seem to receive many visitors, although a visit here can be nicely combined with a visit at the nearby Ogi Folk & Ship Museum and with a ride in the tarai-bune boats in Ogi Town.

Admittedly, summer is the best season to visit as you can take advantage of swimming in the sea at nearby Sobama Beach or joining Kodo taiko drummers for their Earth Celebrations.

Since this is a real village rather than a museum, there are no opening times and there is no entrance fee. It is possible to visit year-round. 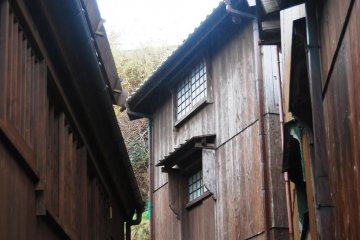 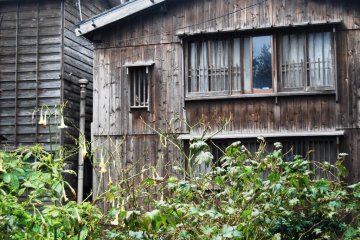 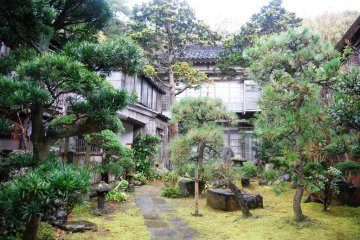 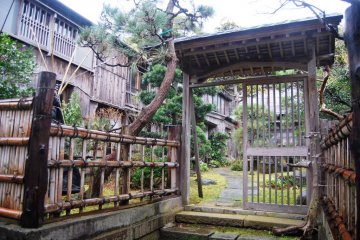 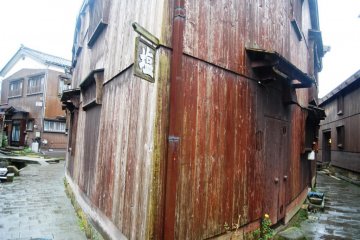