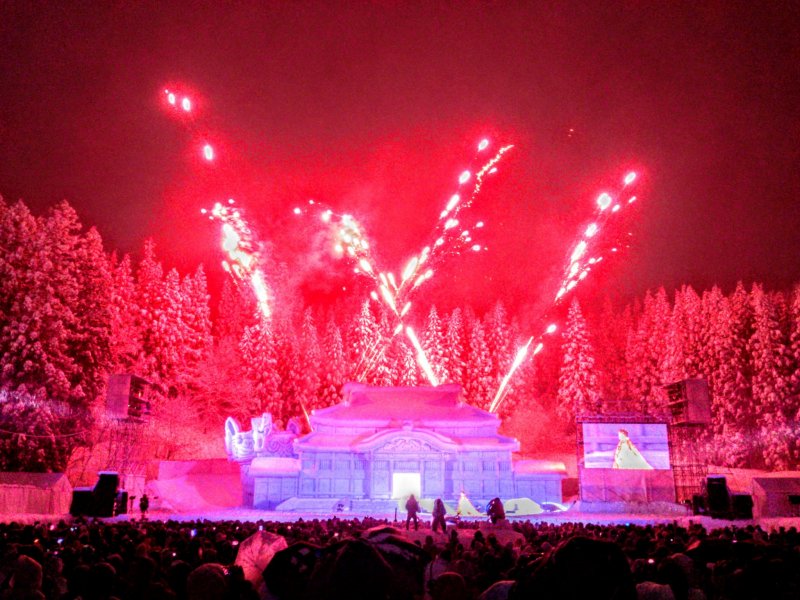 The Tokamachi Snow Festival is held annually, and has a history dating back to 1950. This part of Niigata boasts one of the highest snowfall levels not just in Japan but on the planet, so there's bucket loads of the white stuff to enjoy. The festival spans over several sites in the area, with snow sculptures, music performances, a kimono queen competition and more.

To get to Tokamachi from Tokyo, take the Joetsu Shinkansen to Echigo Yuzawa. From there, change to the local JR Hoku-Hoku line and get off at Tokamachi Station.

The main venue is located approximately 20 minutes on foot from Tokamachi Station. Alternatively, taxis are available from the station.