The secret garden of the sun country

Recently I went somewhere that even most locals haven’t been. In the center of Okayama City near Higashiyama and Sanyo High School is a secret garden called Tokoen. I am sure I have passed the gate that faces route 28 a thousand times but for some reason I never saw it. I didn’t even know about it until I was told it was there.

I went searching for the park by car armed with my GPS but it seemed like I was passing it, going through it or around it. Finally, I daringly crossed the road in my little 660 cc car and just happened to spot one of the entrances to the garden from my rear view window. I quickly ducked into a paid parking lot and walked over the tram line to a locked side gate that reminded me of the entrance to Narnia from the novels by C.S. Lewis.

I looked for another way in. Around the corner there were two other entrances. One was especially for cars and another for people on foot. It turns out that I could have saved one hundred yen on parking, had I known about the other car entrance, as it was free of charge. I walked in through the car entrance and was greeted by a rustic scene and the calls of a variety of birds. This was the absolute center of Okayama City, where outside the walls of the park lay an urban sprawl of apartment buildings and two story walk-ups. Yet in this place nature seemed to be the caretaker with the crows and sparrows announcing themselves as I started my walk through.

The centerpiece of the garden is a large circular pond filled with lilies and, as I would come to find out later, turtles. There is a stone pagoda on the far side of the garden and, as I made my way around a path I came across a “mad hatter” style table for four that begged to be used for an impromptu picnic.

After my first time round the park I happened upon the caretaker, a silver haired woman with her granddaughter in tow. She invited me in to take a closer look at the main house, which had been owned by the military commander of the lord of Okayama Castle. The three of us moved through the house, which seemed like a small version of Kyomizudera in Kyoto. The deck overlooks the pond. A turtle approached, nodded its head and moveed away in the pond of the secret garden of Tokoen. 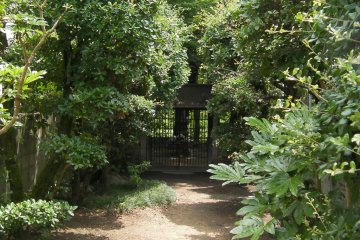 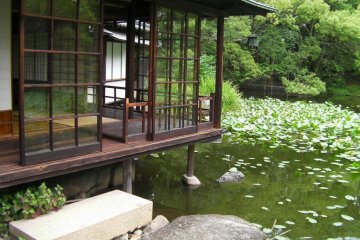 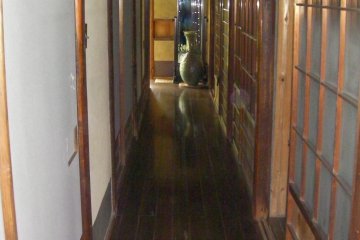 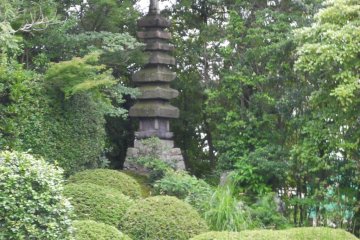 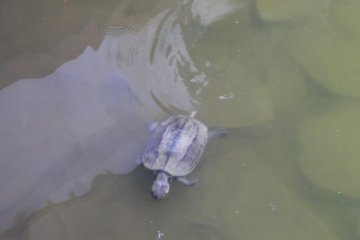