A unique and cultural observation tower

I really have to stop stumbling upon observation towers. Unwittingly, I found myself looking up at Tsutenkaku, a tower that can connect one to heaven, or so the name suggested.

Around me, an abundance of “Billiken”, otherwise known as the God of Good Luck or Happiness, seems to pop up in every corner and spur me onwards. Following the signboards, I ventured to the basement where one can take the elevator up to the observation deck of Tsutenkaku.

Hailed as one of the symbol of Osaka, the original 64-meter tall Tsutenkaku dates back to 1912 whereby it used to be the second tallest structure in Asia during its heyday. This popular landmark was later damaged in a fire during the World War II period. As resources were scarce, the structure was disassembled and the steel was sent to aid in the war effort. After the war, this tower that provided fond memories for many was rebuilt.

To my delight, I found out that the current Tsutenkaku was designed by Tachū Naitō who was also the designer of Tokyo Tower! Completed in 1956, one of its special features lies in the round neon sign atop the tower that shows the following day’s weather forecast! Unsure of the need to bring an umbrella? Check out Tsutenkaku!

The Tsutenkaku basement, which is also the gateway to the tower, boosts a land of absolute cuteness that even the old couple standing before me could not resist! Amid excited chatters, the old lady posed with a huge grin, as her partner snapped a couple of shots. Known as the Wakuwaku Land, this basement houses several food manufacturers’ specialty stores with plenty of photo opportunities.

A familiar-looking chicken stands cheekily in an egg, beckoning people to come take a photo with it. The Hiyoko-chan (Nissin Chicken Ramen’s mascot) specialty store stands alongside the Morinaga’s shop, which offers exclusive souvenirs and freshly made popcorns. At the Glico store, the packs of life-size pocky call for attention!

Moving on, the ticket booth located near the elevator will take patrons to the 2nd story, whereby one will pass through the Kinnikuman Museum and shops prior to reaching the Observation Elevator Hall. The lights dimmed and an image of Billiken appeared above head, as the elevator makes its ascent. With the main observation deck at a height of 91-meter, somehow I was not as fearful as compared to my last encounter at the Tokyo Tower.

There are two observation decks and what sets Tsutenkaku unique from other observation towers must be the eight deities of good fortune that stands at each direction! Beneath each deity, there is an ink stamp that allows one to bring home the propitious ‘marks’ of the deities! I went crazy stamping on the only available space in my book.

Although this iconic observation tower is older, smaller and shorter than most others, there was a sense of cultural vibes, as people religiously tossed coins into donation boxes before the deities and make their wishes for good fortune. Once again, I was struck by the magnificent views of Japan! It looked to me that Osaka have a bit more of greenery as compared to Tokyo. The mountainous backdrop marks this city’s uniqueness and I could not wait to explore Osaka further!

After exploring the observation decks, one can proceed on to level three for the diorama display that includes the history of Tsutenkaku. A short film depicting its past shows the original Tsutenkaku, which surely brings great memories for the older local people. Even I was moved to see its past glory transcending to present day pride.

Tsutenkaku presents a unique blend of old and new, slightly flashy but not off-putting. If you are looking for an alternative observation environment beyond the new and sleek towers, this must be it!

Find out more about Tsutenkaku Tower. 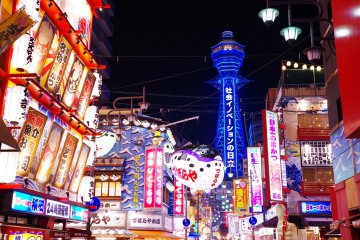 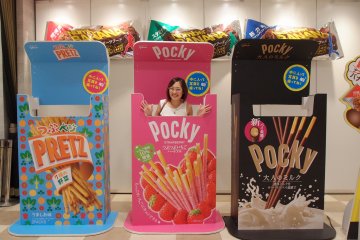 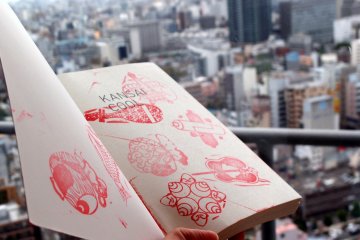 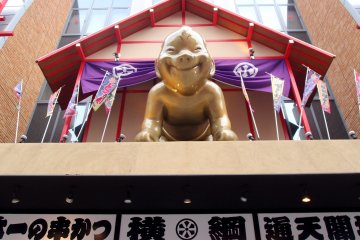 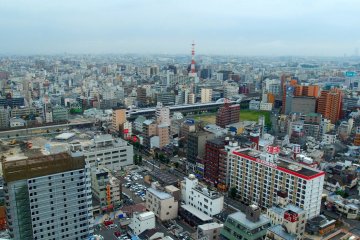