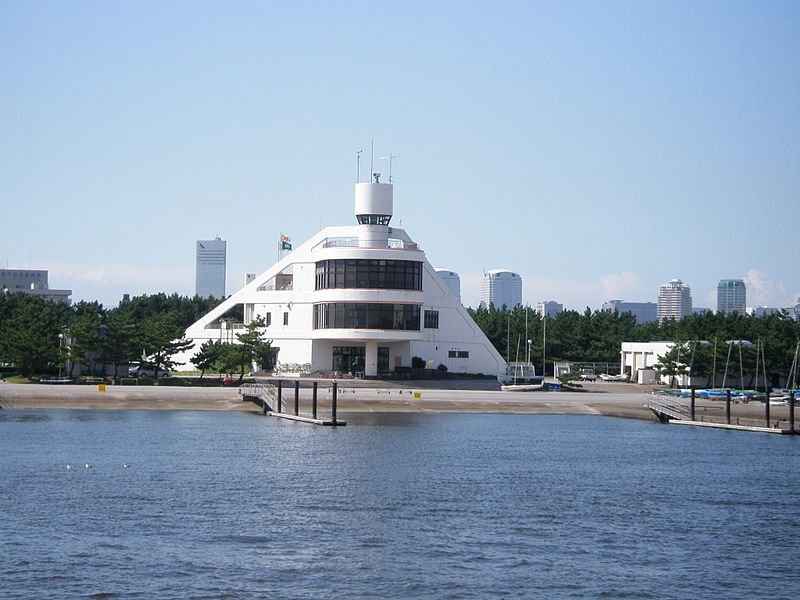 At Inage Seaside Park Pool, guests can enjoy fourteen types of pools and slides. Float lazily along the going-around-pool or try something a little more fast-paced like their water slides or large wave pool. For safety checks, guests are asked to leave the pools once every hour—but there’s still plenty to see, enjoy, and eat. The pool park is opened only during summer from July to September and may be closed during inclement weather. Please call in advance.

Beat the summer heat with a day in Inage Seaside Park Pool from July to September. A pool-fun experience for the young and young onces which suits the budget.

Inage Seaside Park is a fun place to enjoy beachcombing and shell collecting, or witness the summer fireworks.

Watch the Tokyo Bay sun setting behind Mount Fuji at Inage Seaside Park as you stroll along the beach.

A Big Steak and Some ‘Honky Tonk’

Giddy up! A honky tonk and steak bar in Chiba, Japan! #america #honkytonkinjapan

If you are walking around in Chiba area, don't forget to stop by the Halal Canteen at Kanda University. In addition to great food, there is a Musholla (praying room).

Chiba Port Tower is a tower located in Chiba Port Park, Chūō-ku, Chiba, Chiba Prefecture, Japan. It is 125.1 m tall and has four stories. It was built in 1986. [Wikipedia]

Makuhari Messe is one of Japan's largest convention centers and is located in the Mihama district of Chiba City, near Tokyo. In addition to several trade fairs and exhibitions, it is often a concert venue and is also intended to host various sporting events as part of the 2020 Summer Olympics. The exhibition center was designed by architect Fumihiko Maki and consists of the International Exhibition Hall, the International Congress Hall and the Makuhari Event Hall, with a total area of more than 210,000 square meters. Makuhari Messe is located between central Tokyo and Narita Airport. Here are regularly held events known as the Tokyo Game Show, the Tokyo Motor Show or the Jump Festa, an anime and manga event.

The Chiba Zoological Garden, which first opened in April 1985, is about halfway between Tokyo and Narita, just outside the city of Chiba. It consists of 7 zones. In the Zoological Hall you can find everything you need to get started: feeding plans and maps The zoo also focuses on different species that live in tropical rainforests (marmots, tropical birds, sloths, etc.). The zoo's mascot is a red panda named Futa. Born on July 5, 2003, Futa became a visitor attraction and television celebrity in 2005 because he could stand upright on his hind feet for about ten seconds at a time. You can also discover elephants, monkeys, giraffes, zebras, meerkats and many other species or visit the petting zoo.