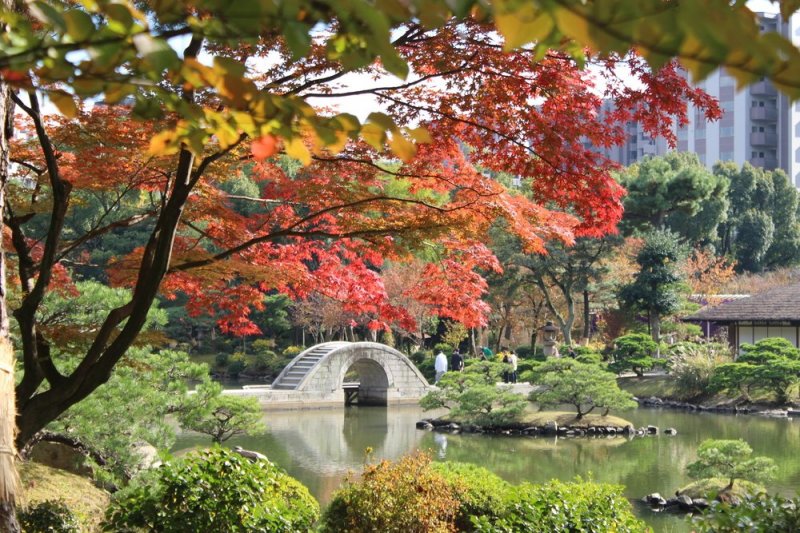 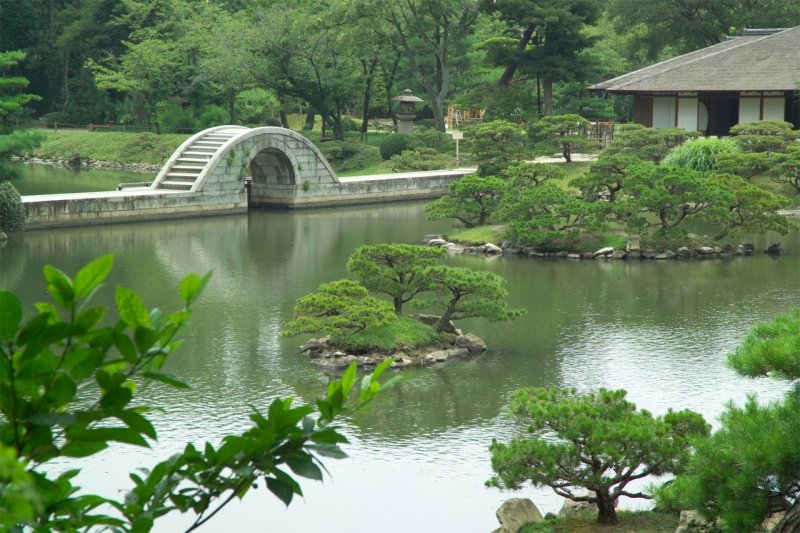 Shukkei-en is a historic Japanese garden in the city of Hiroshima, Japan. The Hiroshima Prefectural Art Museum is located adjacent to the garden. [Wikipedia]

Shukkei-en Garden provides a pretty and serene escape from the bustle of the city. Most impressive during spring and autumn, it is worth a visit at any time of the year.

"Ume" plum blossoms provide welcome color and cheer in the cold winter months. In Hiroshima, there is no better place to enjoy them than at Shukkei-en Garden.

Stylish but relaxed French bistro where you can enjoy Hiroshima's famous oysters year round.

Hiroshima Castle, also known as Carp Castle, was originally built in the 1590s. It was destroyed by the atomic bomb along with the rest of the city in 1945 and rebuilt in 1958. Since then, it has also served as a museum of the history of Hiroshima before World War II The history of the castle itself, as well as Japanese castles in general, is clearly explained. Hiroshima Castle is a good example of a castle built on a plain in the center of a city as opposed to castles on hills and mountain tops. Its main tower is five stories high and its grounds are surrounded by a moat. Within the castle grounds there is also a shrine, some ruins and some reconstructed Ninomaru buildings (second circle of defense).

Located on the grounds of Hiroshima Castle, Hiroshima Gokoku Jinja (広島護国神社) is a Japanese Shinto Shrine in central Hiroshima City. "Gokoku" Shrines are Shinto shrines designated as places of worship for those who have died in war. Like the controversial Yasukuni Shrine in Tokyo, what became Hiroshima's Gokoku Shrine was also originally constructed in 1868 to commemorate the Hiroshima Han victims of the Boshin War. Seventy-eight souls were enshrined in the Futabanosato shrine, named Mikureisha (水草霊社). Eventually, the total number of souls enshrined there reached 92,700, including the soldiers from the former Aki no kuni (now western Hiroshima Prefecture) who died in Japan's wars up until the start of the Great East Asian War (as World War 2 post Pearl Harbor is known in Japan) and around 10,000 workers and volunteer corps who were stationed in Hiroshima and lost their lives to the A-Bomb. In 1934 it was dismantled, rebuilt and renamed Kansaishoukonsha (官祭商塊社), and moved to a corner of the west of the military parade ground, where the Hiroshima Municipal Baseball Stadium stood until the end of 2008. In 1939, its name was changed by order of the Interior Ministry to the Hiroshima Gokokujinja. In 1945 it was destroyed by the atomic bomb, and was rebuilt on the current site within the grounds of Hiroshima Castle in 1956 with the aid of donations from the citizens of Hiroshima. The current main building is even more recent, rebuilt in 1995, when the grand stone slab approach was also added. Events at the shrine are held throughout the year.

Hiroshima Tōshō-gū (広島東照宮) is a Shinto shrine in Hiroshima which was established in 1648. As with all Tosho-gu shrines in Japan, it enshrines the first Shōgun of the Tokugawa Shogunate, Tokugawa Ieyasu.