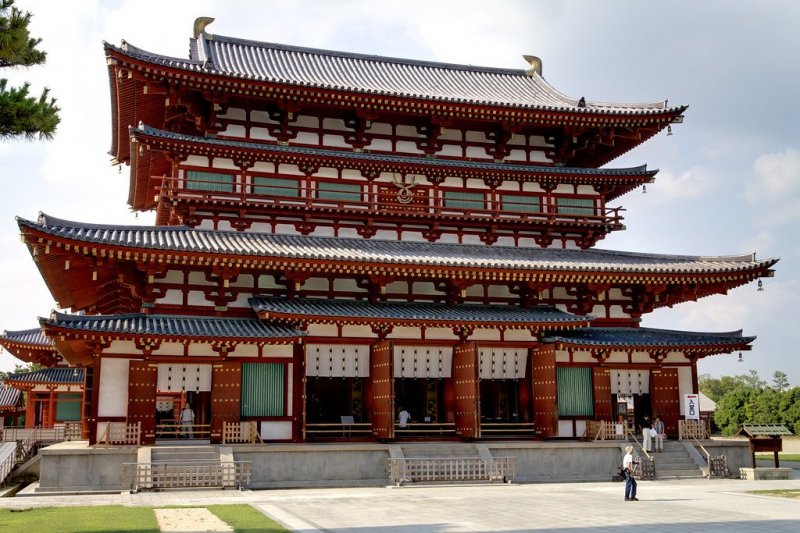 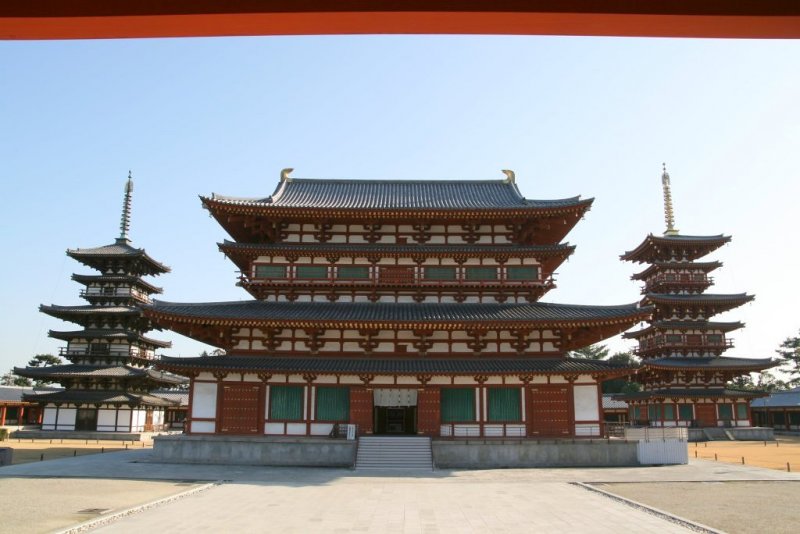 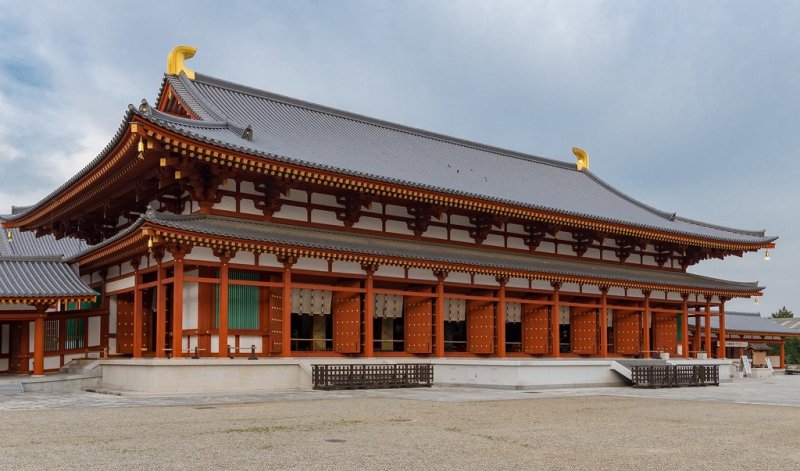 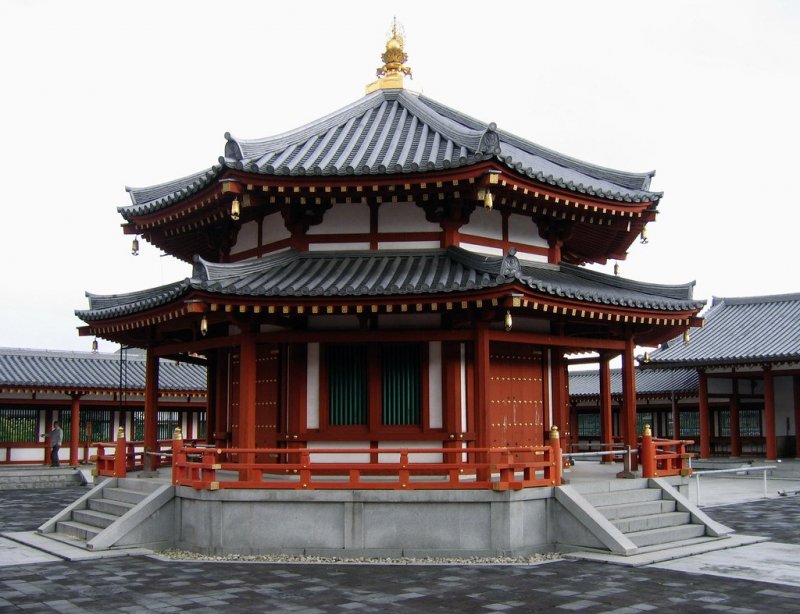 Yakushiji Temple is regarded as one of the oldest and most important temples in Japan, which is no surprise given its impressive status. The temple is recognized as a UNESCO World Heritage Site, the headquarters of the Hosso Sect of Buddhism, and one of the Seven Great Temples of Nara.

Emperor Tenmu founded the temple in 680 and dedicated it to Yakushi Nyorai (the Buddha of Healing) to aid his wife—who later became Empress Jito—in her recovery from an illness. Yakushiji was originally located in Fujiwara-kyo, but later moved to Nara in 718, where it still stands today. Although all of the original temple structures, except the East Pagoda, were lost to fires, the temple’s present-day reconstructions accurately reflect its traditional and grand design.

Today, visitors and students of Buddhism flock to the site for spiritual learning, healing, and prayer. In addition to the main temple buildings listed below, Yakushiji is home to Yasumigaoka Hachimangu Shrine, other traditional halls, and Buddhist artwork and artifacts. Do not pass up the opportunity to visit Yakushiji’s distinguished temple grounds and immerse yourself in the sacred and educational atmosphere.

From the Southern Entrance, you will be greeted by a mesmerizing sight of symmetry. The Kondo, or Main Hall, built with traditional curved roofs and colored in contrasting tones of red, green, and white, is flanked perfectly by the East and West Pagodas. Inside the Kondo is Yakushiji’s main object of worship, the Yakushi Triad. This 7th-century work of bronze art features a seated Yakushi Nyorai with the bodhisattvas Nikko and Gakko standing on either side of him. The serene expressions and meditative postures of the statues exude an air of peace that immediately puts visitors at ease.

Past the Kondo is the Daikodo, or Great Lecture Hall. This important structure is one of the largest temple buildings in Nara and is used as a center for teaching Buddhist principles. The hall also houses the Miroku Triad, which—similar to the Yakushi Triad—is a collection of meditative statues.

Another notable structure of Yakushiji is the Genjo Sanzoin Complex. This late 20th-century addition is centered around an attractive octagonal hall and dedicated to the Chinese monk Genjo, who introduced the teachings of Hosso Buddhism to China. Here, you can admire paintings by famed artist Hirayama Ikuo depicting Genjo’s religious journey.

If you are starting in Nara, take the Kintetsu Nara Line from Kintetsu Nara Station to Yamato-Saidaiji Station, and then transfer to the Kintetsu Kashihara Line to Kintetsu Nishinokyo Station. From there, Yakushiji is about a 2-minute walk.

Yakushiji Temple in Nara is one of Japan's oldest Buddhist temples, featuring a pagoda from the 8th century.

Known as the Temple of Medicine, Yakushiji was built around 680 by order of Emperor Tenmu for the recovery of the Empress from a serious illness.

Yakushiji Temple in Nara is a temple dedicated to healing built by Empress Jito.

Enjoy one night under the sign of Japanese hospitality in Matsumae Ryokan, in Nara City.

Royal Copenhagen is a Danish manufacturer of porcelain products with a history dating back to 1775. A limited-time event at the JW Marriott Hotel Nara will serve afternoon tea on Royal Copenhagen Blue ceramicware, which is often said to be inspired by Asian ceramics.

A limited-time afternoon tea event at the JW Marriott Hotel Nara celebrates the release of the movie "Peter Rabbit 2: The Runaway". Peter's Afternoon Tea Buffet will serve up a range of sweet and savory dishes incorporating locally grown fruits and vegetables.