Bound spread-eagled with straw ropes on a double horizontal-beamed wooden cross, Torii Suneemon was put on display across the river from Nagashino Castle. “Tell them reinforcements aren’t coming, tell them to give up the castle and come out!” hissed one of his captors.

Torii looked up at the castle, he could see the samurai inside watching him from the lookout towers and from behind the fortress walls. “Men of Nagashino Castle….,” he yelled in a loud voice, “Don’t give up! Ieyasu’s men are on the way! Hold on a little longer!” he blurted before being silenced by a spear thrust to the stomach.

Torii had been one of the 500 samurai stationed in Nagashino Castle just outside of modern day Shinshiro City, Aichi Prefecture when it had been surrounded by 15,000 soldiers of the feared Takeda clan.

Nagashino Castle was very well situated, built high on a cliff edge, at the fork where the Ure and the Kansa Rivers split and acted as a natural defense. It was a strategically important castle, guarding the Tokugawa held Mikawa provinces from the threat of the Takeda of the north. The Takeda, led by Katsuyori, son of the famed Takeda Shingen was on a major campaign to reach the capital, Kyoto in an effort to gain control the nation.

To get to Kyoto, they first had to take Mikawa and Owari, lands held by allies Tokugawa Ieuyasu and Oda Nobunaga. Nagashino Castle was important as it threatened the Takeda’s supply lines, vital for taking the nation.

Nagashino Castle was constructed by the warlord Imagawa Ujichika in 1508. In 1573, the castle came under the control of Tokugawa Ieyasu, who had it enlarged and strengthened on realizing the dangers of the Takeda, who had soundly defeated the Tokugawa forces in the battle of Mikatagahara earlier that year. Interestingly, Ieyasu had installed a former Takeda vassal, Okudaira Nobumasa as the castle’s commander.

In June of 1575 the Takeda forces surrounded the castle, laying siege for just over a week before the low ranked but brave Torii had volunteered to leave the castle, swimming the river and cutting through nets set by the enemy, to call for back up from Tokugawa Ieyasu in Okazaki. After alerting Ieyasu and requesting reinforcements, Torii quickly returned to Nagashino where he had been captured and tied to the cross on the riverbank opposite the castle and ordered to tell his compatriots inside to give up. When he had yelled encouragement to the samurai inside, he had been killed in full view of the castles’ men. (One of the Takeda forces, Ochiai Michihisa had been so impressed by the low ranked Torii’s bravery and loyalty, he had a battle flag made featuring an image of the crucified Torii.)

The Tokugawa and allied Oda clan forces finally arrived at the scene, leading to a major turning point in Japan’s history and samurai warfare, the Battle of Nagashino and Shitaragahara, in which the castle played a most crucial role.

Today, very little remains of the important fortress. The site is interesting to see in a military sense, being so well situated with natural defenses and with clear views of the surrounding areas. The main citadel area remains as a wide, flat plain protected by the cliffs and rivers, with the remaining areas protected by deep, wide moats and an earthen embankment that probably would have supported watchtowers and armaments. Unfortunately, during the Second World War, the remains of the castle had been cleared without any studies or research being done, and the open space was used to grow potatoes. Despite that, due to it’s historical significance, Nagashino Castle is ranked 46 on a list of the 100 Fine Castles of Japan compiled by the Japan Castle Foundation. The castle site had been proclaimed a National Historic Landmark in 1929, the first time a castle site had ever received such recognition.

Next to the castle site is the Nagashino Castle Museum, a small but well stocked museum dedicated to the castle, the siege and the great battle of Nagashino. The remains of a large wooden gate from the original castle and video presentations showing battle re-enactments can be seen in the entry foyer. The museum also features a number of antique suits of Samurai armor, a wide sample of war helmets, various combat accessories and weapons including what was then the recently introduced matchlock gun, which played a vital role in the battle. There’s even a blood spattered war drum on display.

Go see the Nagashino Castle site and the Castle Museum before continuing on to the site of the exciting battlefield. More details on the battle and other relevant places to visit in the Shinshiro region can be found here on this JapanTourist site. 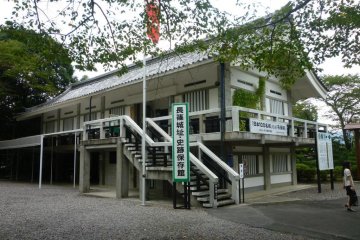 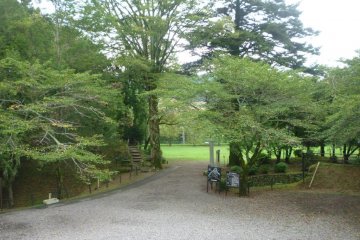 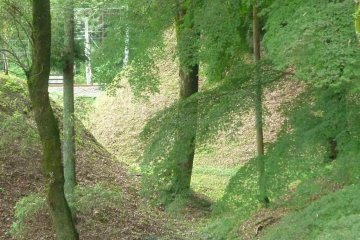 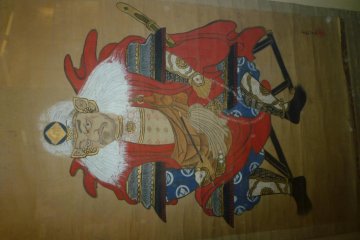 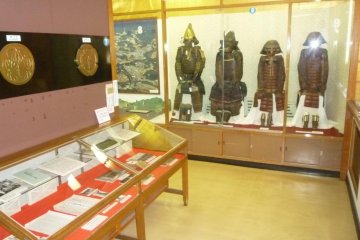 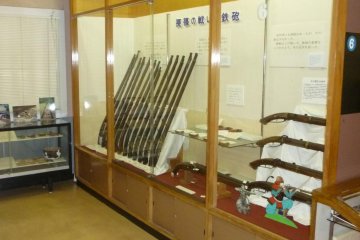 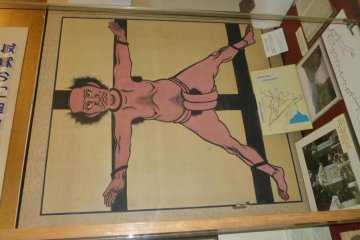