History blossoms in this urban oasis

Famously known as the urban oasis in Osaka, Osaka Castle Park has about 600 cherry, plum, apricot and maple trees. The park encircles Osaka Castle, which has been around since the 16th Century. There must be a reason why this place is in all the tourist books and postcards. Lit up at night, surrounded by its magnificent moat and stone walls, the area is sure to give you a very majestic feeling.

This park is a must-visit especially in spring and autumn. I like to come in spring when the weather is really good for the beautiful cherry and plum blossoms. Pink cherry petals lying on the park floor gives you a serene and calm feeling.

In autumn, like a painter giving the park a sentimental touch, the leaves change color from green to orangey-red.

For me, I like to come to the park if I've had an overwhelming day just to relax and escape from the busyness of Osaka life. Since this park is about 100 hectares, you may get tired and hungry walking around. If this happens, you can’t help but notice the stores selling ice cream and Osaka's famous takoyaki. Or you can always pack a simple lunch and have a picnic here. On weekends, you can even see buskers or magic show performers entertaining the guests, adding fun and energy to the beautiful park.

Osaka Castle Park houses Osaka Castle, the symbol and pride of Osaka. The park area has always been used by militaries during wartime until it was officially opened to the public after World War II. That is why you can also see the moat and the high stone walls to defend the castle that’s nestled on the top of the hill. It is hard to imagine how the stones were brought here to be built into a strong defense more than 500 years ago. Not only the castle itself but also the main structures such as the gate, turrets and storehouse are worth a visit. No wonder the castle park is named as an Important Cultural Property by the Japanese Government.

Your visit to Osaka will not be complete with a visit to this park. And if you have more time in hand, step into the castle for a taste of Japanese history. 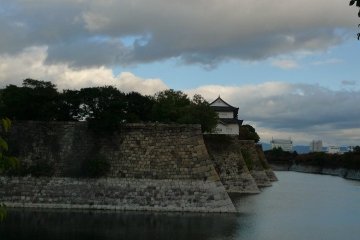 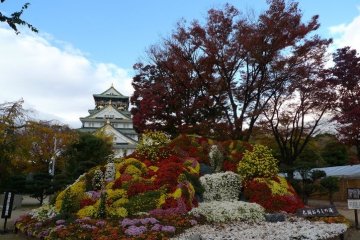 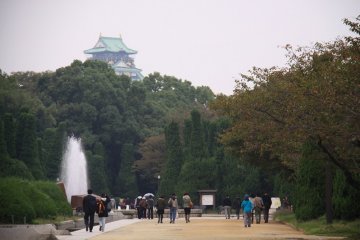 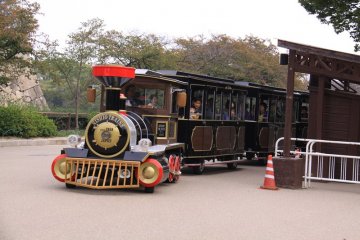 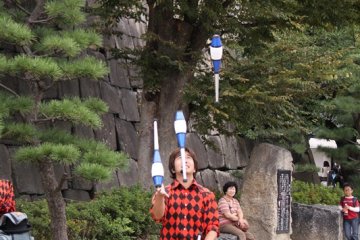 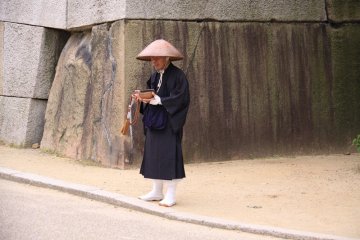