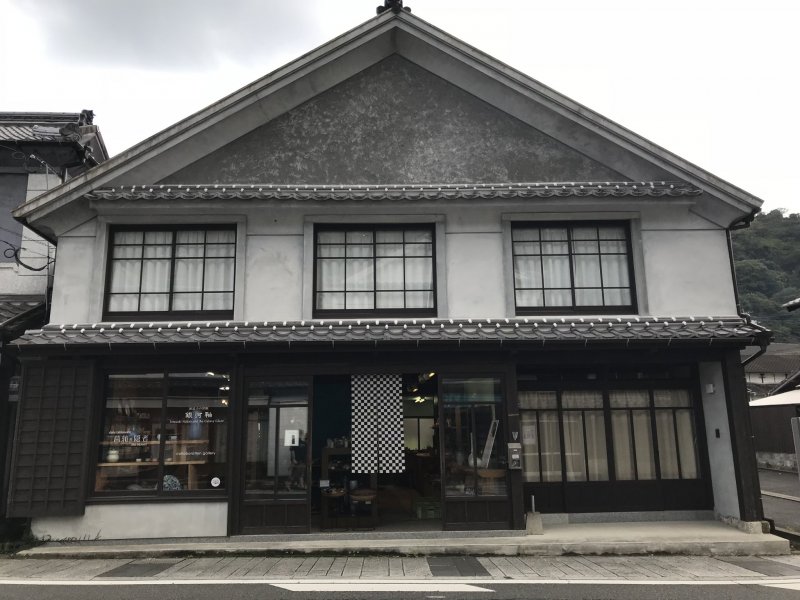 The storefront oozes "step back in time" charm 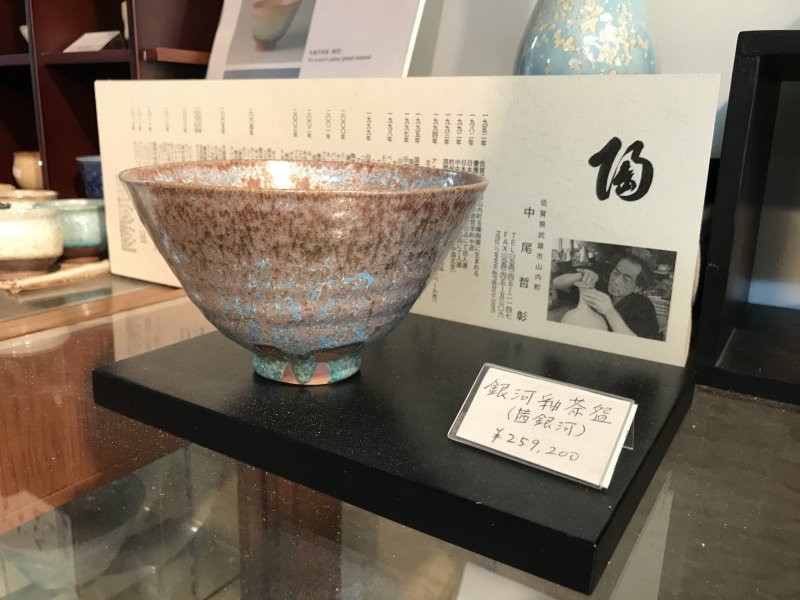 The pottery here is the real deal - this teacup was priced at a touch over 250,000 yen! 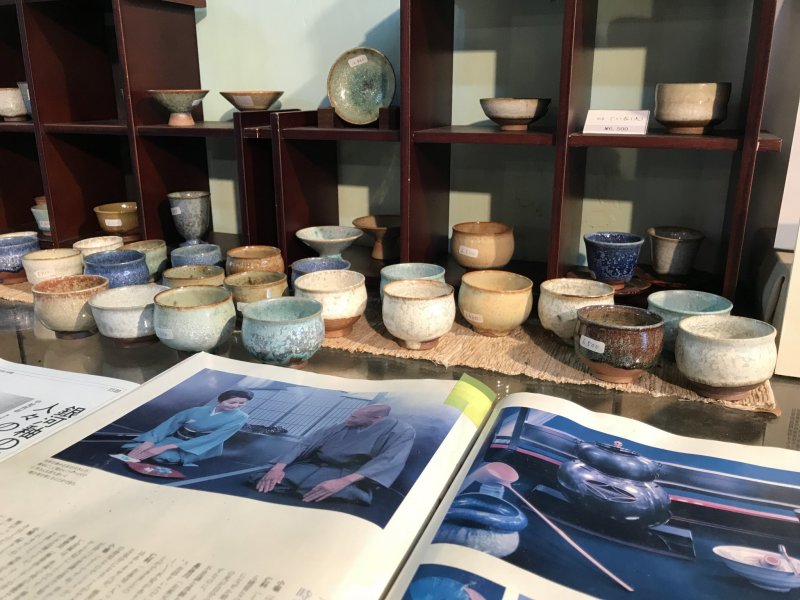 The glazes on the pottery pieces have different seasonal elements 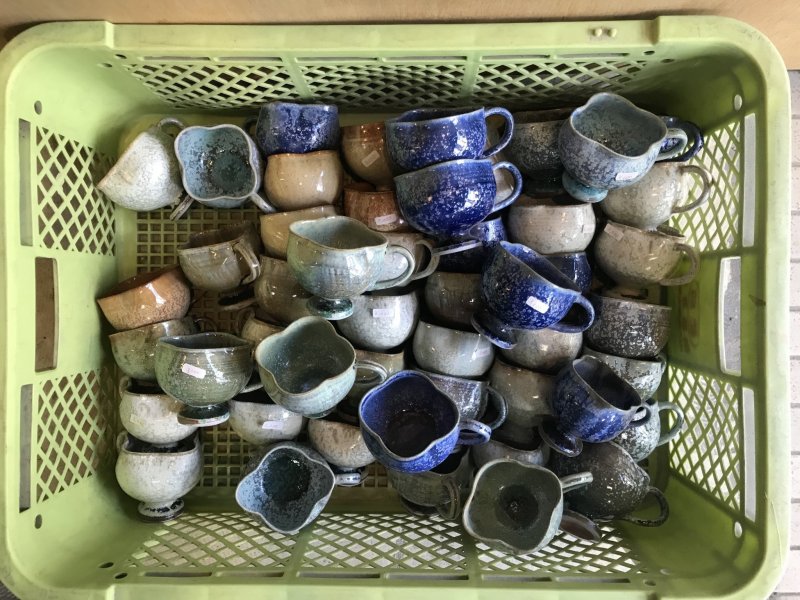 If your budget isn't astronomical, check out their imperfect tubs for pieces at a huge discount 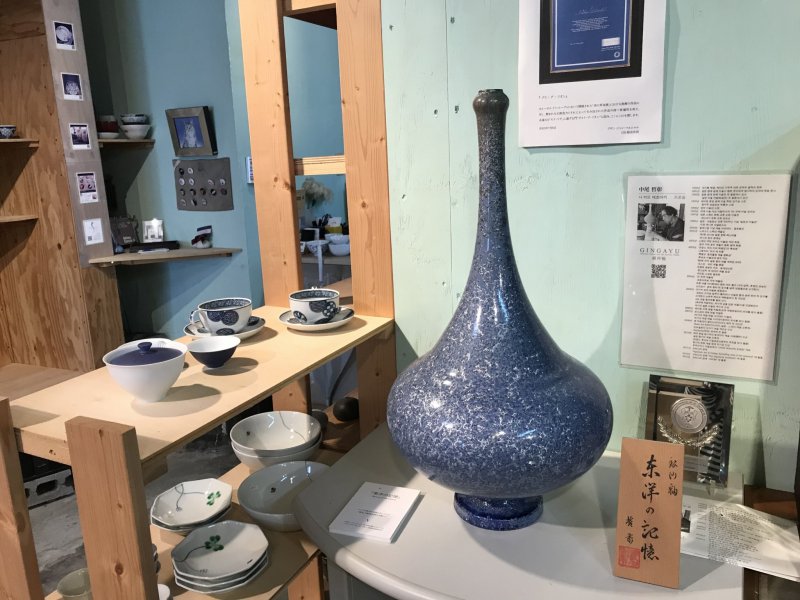 This vase was an award winner - it's not hard to see why! 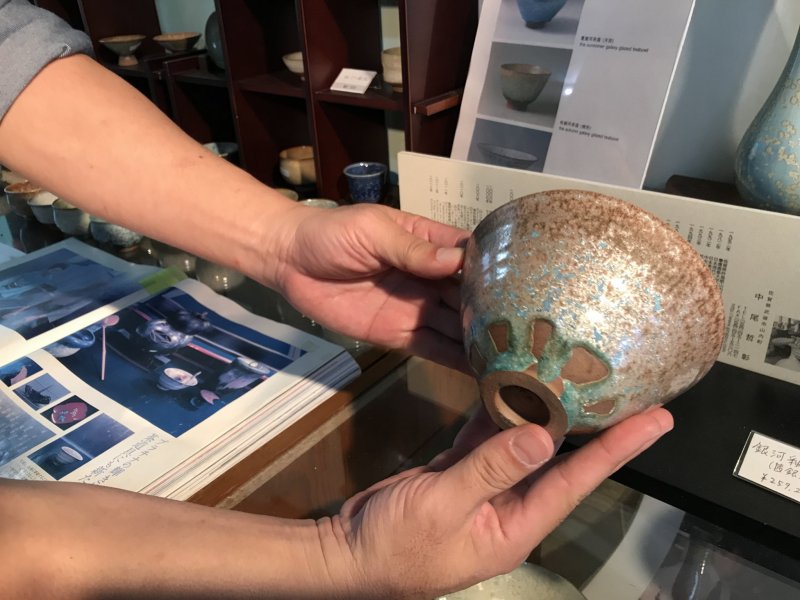 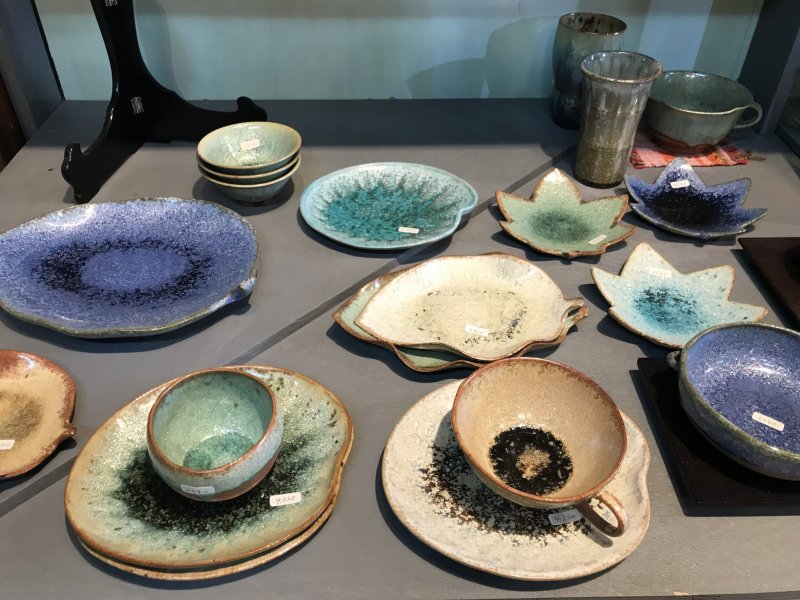 No two pieces are the same, adding to the appeal 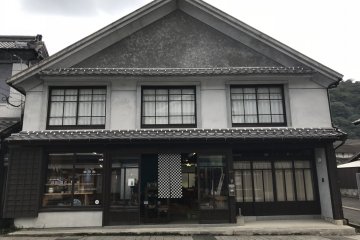 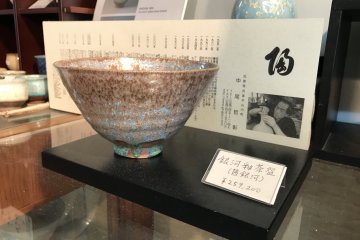 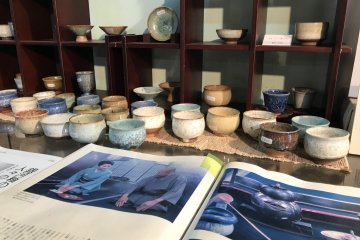 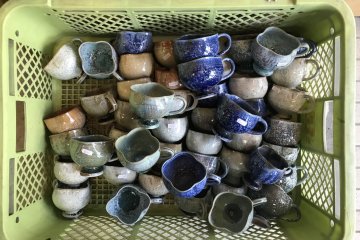 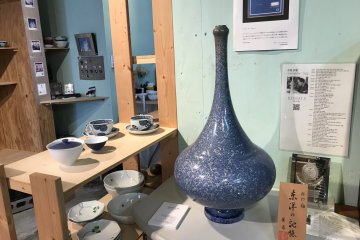 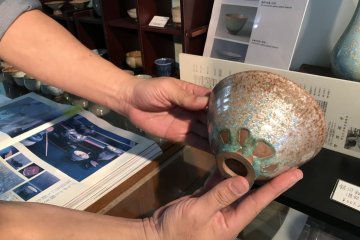 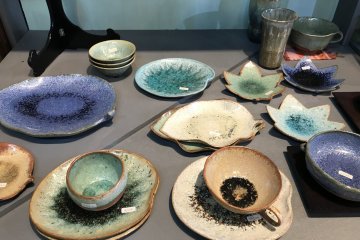 When wandering around the streets of Arita, there are pottery stores galore - but one that particularly caught my eye was the Gyokuhou Kiln Galaxy Glaze showroom. Created by the pottery artisan Tetsuaki Nakao, the concept of the galaxy glaze took ten years to perfect, with plenty of trial and error along the way. Nakao's goal was to create a glaze that captured the beauty of the universe, and the unique sparkle to his creations comes from the various metal elements in the glaze crystallizing from the heat of the kiln.

Nakao's galaxy glaze pieces have been showcased in places including the Louvre in Paris and the Queen Victoria Gallery in London, and he has won various awards for the quality of his work.

There are pieces at the showroom for all different budgets. One teacup I saw was priced over 250,000 yen, but there are imperfect pieces such as mugs for around 3000 yen. Each piece is unique, so whatever you decide on will truly be one of a kind.

The Gyokuhou Kiln Galaxy Glaze showroom is located in Arita, a short walk from the Kami-Arita Station on the JR Sasebo Line.