A slice of Americana done right

I know what you're thinking. This is a travel website, why on Earth would Costco, a retailer of bulk consumer goods, be listed as a place to eat? If you are in Japan long enough one thing is certain, you will crave pizza, real pizza, pizza made the way it is supposed to made. You might try a local pizza chain or even some of the take away at the grocery store but it wont be the same. You will keep searching for pizza without mayonnaise and corn on it. Searching for cheap pizza that doesn't have sea weed and squid on top of it. Sometimes when you're traveling you just want to have something that reminds you of home. Maybe in the last two weeks of travel you've had all the ramen, sushi and udon you can stand. If you live anywhere in Japan that doesn't have a Costco this may be your next trip.

There are some awesome brick oven Neapolitan style joints around Japan, especially in Tokyo and Osaka, there is even a really good one in Sendai. Sometimes though if you're traveling on a budget or if you're living here you might crave not spending ¥1000 to ¥​1500 on a personal gourmet pizza no matter how good it is. Don't even get me started on what is considered pepperoni or sausage in your average Japanese pizza joint (its probably a hot dog sliced very thinly). You might be craving real pepperoni and a pizza crust that doesn't taste like a hamburger bun or something besides a "quattro fromaggio" (read: expensive cheese pizza).

Costco is the place to fill that craving.

For roughly ¥1600 you can get an American size large real pepperoni pizza and a fountain drink. There are also hot dogs, hot pockets and various other snacks available in the Costco cafe. The Costco itself in Shinmisato is part of a much larger shopping center called Lalaport which also contains an Ikea, an outlet mall, a regular mall, an outdoor mall, a grocery store and numerous other restaurants.

There is one major complication. That is, unlike America, to use the cafe you have to be a member. However you can go as a guest of anyone with a Costco membership. If you live in Japan it might just be worth it to invest in one if you live near one of the eighteen different Costcos spread out around Honshu. There are many things in Costco that expats aren't likely to find anywhere else from American cereal to bulk snacks from America and Canada.

Is it something you should go out of way for while traveling in Japan for two weeks? No. You should be in Kyoto. However, if you are on an extended vacation and you want a reminder of home, if you live in Japan and are traveling to the Tokyo area, or finally, if you find yourself randomly in the Shinmisato area of Saitama, or any of the other 18 locations with a Costco, this is a great place to stop. 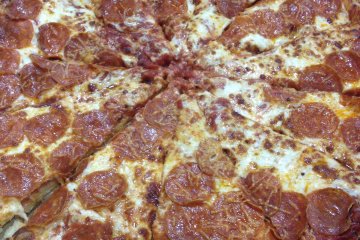 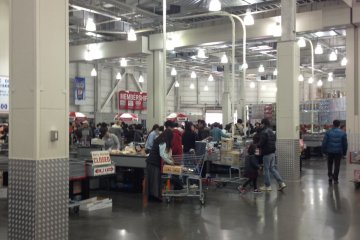 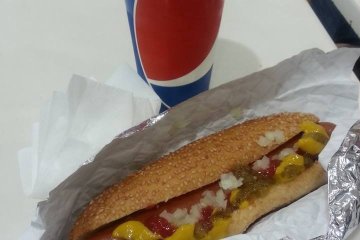