Back to nature for Kawagoe's legendary shrine

In a surprise move, Kawagoe Hikawa Shrine closed their "kaikan", a large building with function rooms and popular Musubi Cafe, on August 2nd 2020. They left the building visible from the outside for six weeks to give people a chance to photograph it. Then the temporary wall went up and the work began in earnest.

The kaikan was a very large building, reminiscent in size and style of a mansion in European countries. It housed several function rooms, a wedding hall, administration rooms, and a café. They are currently tearing down the old building. The plan is to replace it with a much smaller building by the end of 2022. The rest of the space will be used as a park for locals to use and for hosting events. They are planning to return the land to nature with a "warm and refreshing forest".

How do the renovations affect sightseeing?

The good news for those planning to visit Kawagoe Hikawa Shrine before the work is finished at the end of 2022 is that the renovations have minimum effect on sightseeing for tourists. They are still conducting all ceremonies including wedding ceremonies. However, for anyone who wants to have a wedding party there, it will be in a much smaller building away from the shrine. The Musubi Café in the Kaikan is closed. The largest effect the current work at the shrine has on sightseeing tourists is that you currently can't walk under the large red torii. Also, the main car park is closed.

By public transport you can use any of the tourist buses from Kawagoe stations to get to the shrine. Each of them stop within a few minutes walk of the shrine. 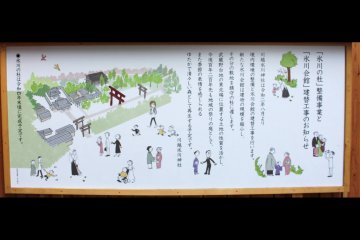 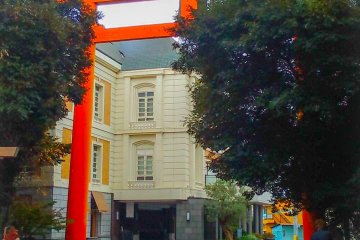 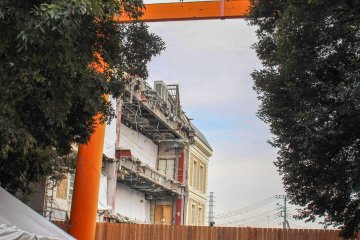