The Lions roar in their beautiful domed stadium

The Seibu Lions are the pride of Saitama, and are the most successful team in the Pacific League of Nippon Professional Baseball. The team dates back to 1950 and as of this writing boasts 21 Pacific League pennants, 13 Japan Series titles, and an Asia Series championship in 2008 among its accomplishments. The Golden Era came between 1982 and 1998, when the team won the Pacific League in 13 of 17 seasons.

They play their home games at the Seibu Dome, located in Tokorozawa City, Saitama. The Seibu Dome is one of the most unique stadiums around. Originally built as an open-air stadium in 1979, a domed roof was added in the late 90's. However, the roof stands on giant legs and is not physically connected to the stadium, leaving an opening in between. This allows the outside air into the stadium, and provides the unique experience of having home runs be able to "leave the park" - in a dome. The combination of effects is really neat - fans are sheltered from the sun or rain, but are still able to feel the breeze and see the trees swaying outside. It gives the effect of sitting under a giant porch with 35,000 of your closest friends. The downside of the design is that the hot and humid air of mid-summer tends to enter under the roof and then just sit there - it can be unbearably muggy inside, which makes early- or late-season games the best to attend.

The Seibu Dome is also quite cheap. Outfield seats can be had for as low as 1,600 yen, while the luxury seats can go up to 22,000 apiece. Ticket prices are discounted if you buy them in advance, and members of the official fan club get a further discount. A beer costs just 500 yen, which is the cheapest of the five teams in the Kanto area. The food is pretty standard inside, and goes for reasonable prices as well. More food and drink options can be had outside the stadium, where there are a big area of vendors set up between the dome and the train station.

Lions fans sit on the 3rd-base side, and the visiting team's fans on the 1st-base side (which is the opposite of most stadiums in Japan). The cheapest seats are in the cheering section in the middle of the outfield, which has no chairs. Fans bring blankets to sit on a little hill, and are constantly up on their feet dancing and singing. There is open seating along the baseline, and reserved seating closer to the infield. For those looking for a more cushy experience, there are huge, comfortable "Royal Seats" behind home plate. Also, there is a section of seats on either side that are practically on the field beside the dugouts for those who want an up-close and personal vantage point. Also, be sure to buy a cheap packet of blue balloons, which can be bought at vendors all around the stadium. During the top of the 7th inning, the fans blow up the huge balloons and wait until the middle of the inning, when they sing a rousing version of "Hoero Lions" ("Lions Roaring" - the team's fight song) and simultaneously release all the balloons to go flapping up to the roof.

The Seibu Dome also has a very nice tradition of hosting events that allow fans to come down onto the field. Every Wednesday night is "Women's Night," for instance, where female fans can come down onto the field to play catch, run the bases, or take batting practice. Thursday nights are "Salaryman Nights," which is basically the same as Women's Night, except geared towards the corporate soldiers (both men and women are welcome for Salaryman Nights). Weekends and national holidays are "Family Day," which has on-field events for the kids, and Friday nights are "Theater Nights" that feature videos up on the huge scoreboard. 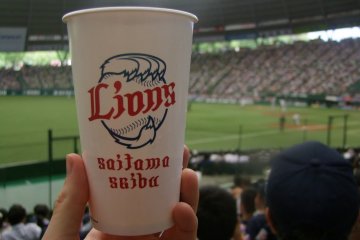 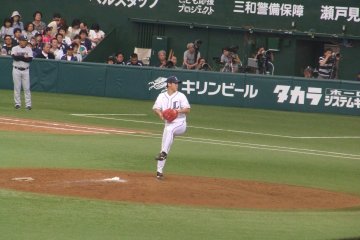 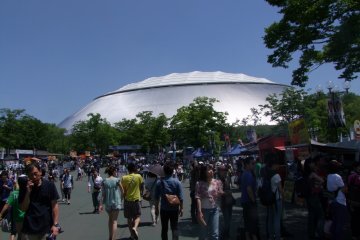 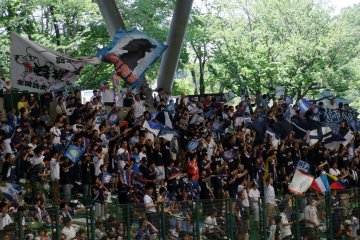 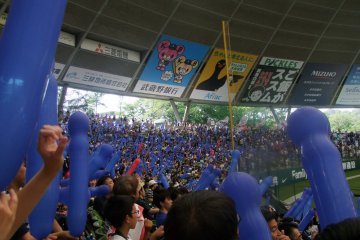 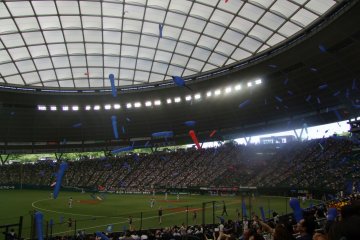 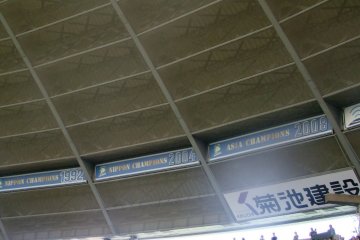 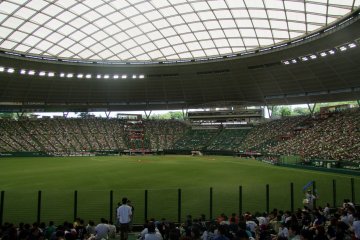 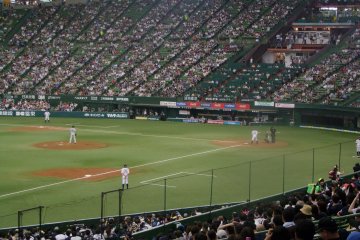 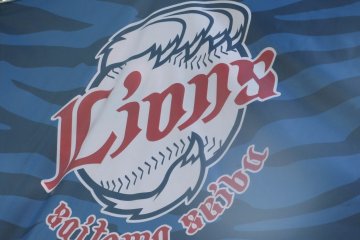 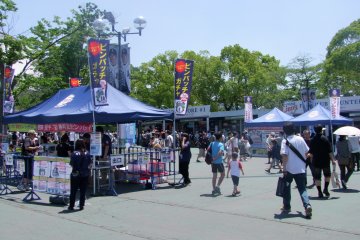 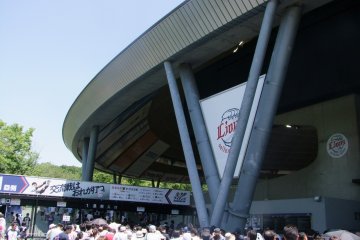