Reminiscing the Climb up Mount Fuji

Up and down the mountain in 13 hours

Summer starts in less than two months, how about planning a trip to climb Mount Fuji? Ever since I first set foot on Japan soil, I had always wanted to climb the legendary mountain. The most popular period for people to hike up is from July to August, the official climbing season when trails and mountain facilities are open.

Located on Honshu Island, the highest mountain peak in Japan is 3,775.63 meters above sea level. Yes, there is a sign that gives a more detailed height instead of the 3776 meters that we all learn about! An active strato-volcano that last erupted in 1708, Mount Fuji straddles the boundary of Shizuoka and Yamanashi prefectures. It has an exceptionally symmetrical cone, which is snow-capped several months a year, is a well-known symbol of Japan and it is frequently depicted in art and photographs, as well as visited by sightseers and climbers.

Since I did not have much physical exercise for months before the climb, I took the most popular (and maybe easiest) route. After a full dinner, I took the last bus from Kawaguchiko station, and reached Fuji Subaru Line 5th Station (start of Yoshida Trail) at about 9pm. There were many signs along the trail, and the hike was not technically difficult. A strong headlight is recommended as it was almost pitch black at the lower stations where hikers are more spread out. From the eighth station, many hikers from the various paths converged and at times waiting was needed as the path was packed. It got colder and colder as I ascended, and I piled on more and more shirts. Somehow I managed to survive with 4 shirts and 1 jacket.

Due to the human jam near the summit, I took longer than expected, and the sun was already rising, albeit slowly. Nevertheless, I managed to catch the magnificent sunrise at the summit. It was an amazing sight to behold, an achievement to finally stand atop Japan's highest point. Walked around the crater (which was huge), visited the highest post office in Japan (yes, there is a post office at the summit!), took photos of the shadow of the almost symmetrical mountain, lazed around the summit, soaking in the atmosphere, for I finally managed to make my way atop the legendary mountain. Something that cannot be missed is of course photos with the sign bearing the words "the highest peak of Japan".

The sun was coming up fast, and I reluctantly made my descent. Descending was tougher than ascending. The path was full of soft, loose sand, rocks, pebbles and gravel, and with every step I took, my ankles just sank into the soil. The descent took me more than 4 hours, ouch! my poor knees and ankles. Imagine my delight when I finally saw the point from which I had begun 13 hours ago!

Overall, the experience was an exhilarating one, would I do it again? There is a Japanese proverb "He who climbs Mount Fuji is a wise man, he who climbs twice is a fool". I wouldn't mind being a fool, but I would like to try other routes, or try staying at one of the huts on the legendary mountain. Till we meet again! 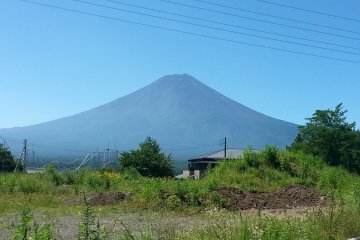 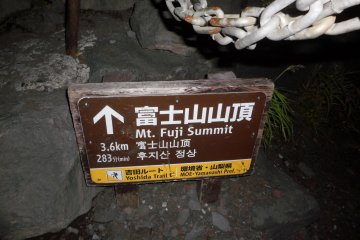 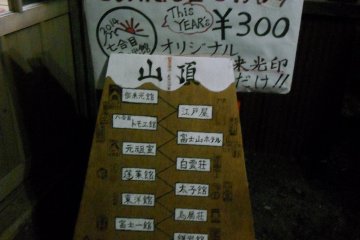 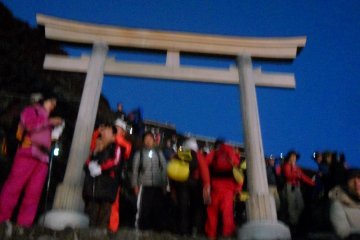 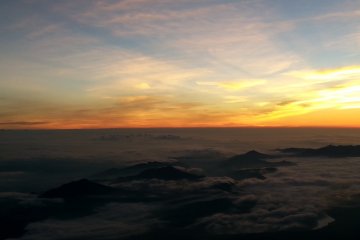 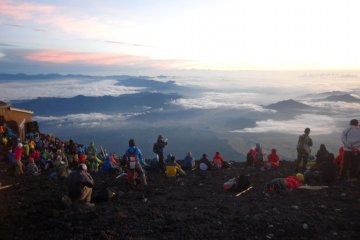 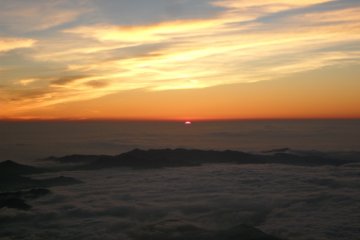 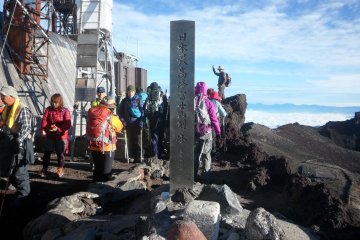 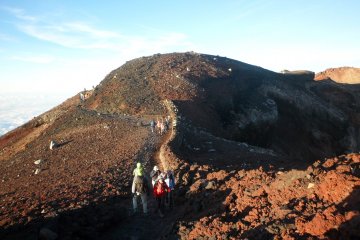 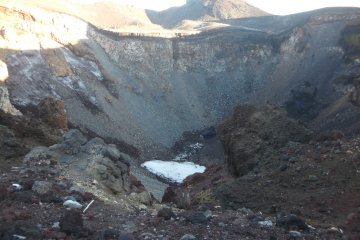 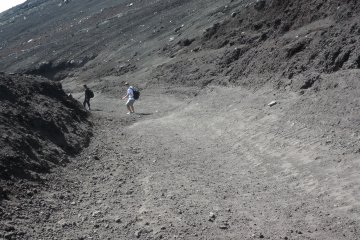