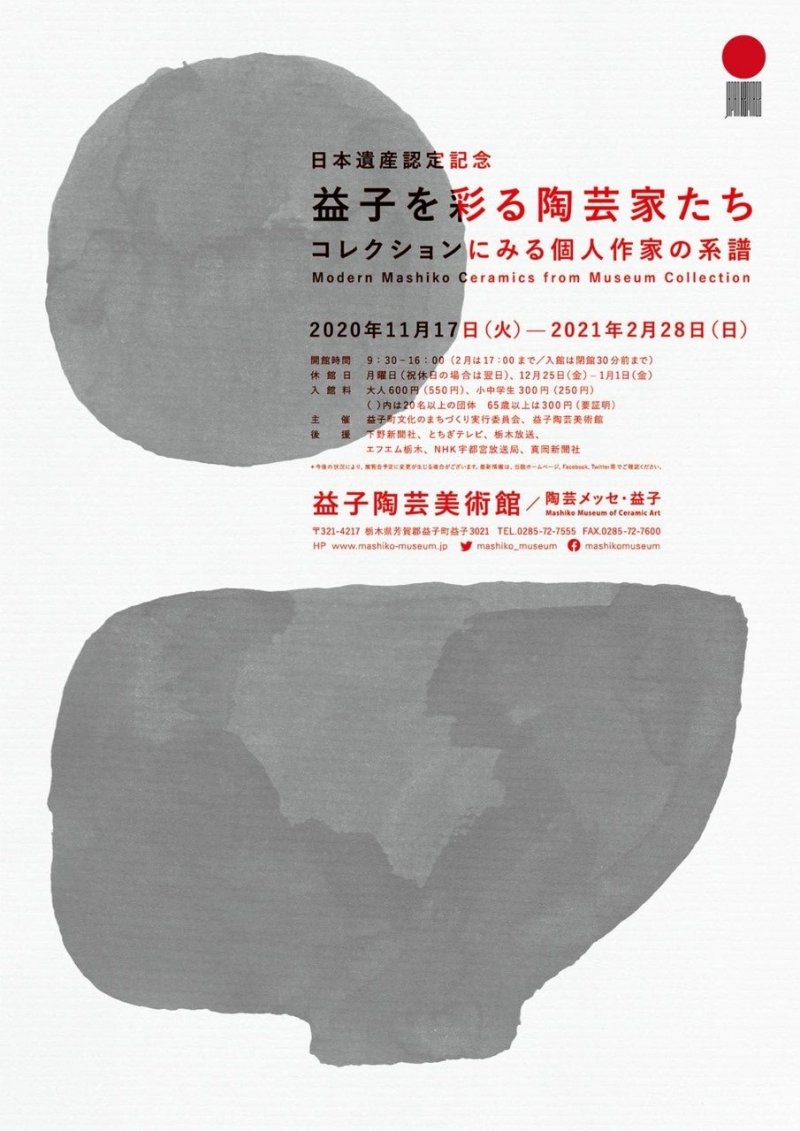 Explore this regional pottery style in a contemporary way

Mashikoyaki, or Mashiko ware, is one of Japan's most famous pottery types. A special event at the Mashiko Museum of Ceramic Art will showcase a range of different contemporary Mashiko ware pieces from pottery masters like Tatsuzo Shimaoka, Shoji Hamada, and Yuya Hirosaki to name a few.

Adult admission to the event is priced at 600 yen.

The Mashiko Museum of Ceramic Art is located around 25 minutes on foot or around 8 minutes by taxi from Mashiko Station, served by the Mooka Railway's Mooka Line.

Alternatively, buses are available from the JR Utsunomiya Station. Head out the west exit to bus stop #14, and take the Kanto Bus headed for Mashiko. The ride takes about an hour - alight at the Tougei Messe Iriguchi stop and the museum is around 2 minutes on foot from there. Timetable information can be found here.

For those who plan to drive, the museum is around 20 minutes from the Sakuragawa Chikusei IC on the Kita Kanto Expressway. Free parking is available on-site.