The biggest club in Tokyo lives up to its reputation

AgeHa is a night club in Tokyo that has consistently been named not only the top club in Tokyo, but also one of the best clubs in the world by numerous reputable sites and magazines. While I was a bit skeptical of such praise, AgeHa turned out to be one of the best experiences of our stay in Japan. If you are looking to party in Japan, AgeHa lives up to its prestigious reputation and proves to be an absolute must for both visitors and locals alike.

Located about 30 minutes from Shibuya, AgeHa can seem a bit daunting to those not familiar with Tokyo. With the subways closing at midnight and not starting again until about five the next morning, it is understandable to be a bit hesitant about staying out all night at a club so far away. A quick search online explained that there is a free shuttle bus right outside the Shibuya Station that takes party-goers to and from AgeHa every 30 minutes.

If you do decide you want to leave the club early, simply catch the shuttle bus back to Shibuya, and from there you can either walk or catch a cab home. The last shuttle bus leaves AgeHa at 4:30 A.M. since the club closes at 5:00 A.M., so it was definitely reassuring to know that you do have a way home if you decide to call it an early night. Even though you have the option to leave before the club closes though, chances are you won’t want to. The majority of those at AgeHa stayed until 5 A.M., and for good reason.

AgeHa boasts several incredible dance floors, multiple bars, a pool, and an outdoor area to dance and watch the sunrise over the water. The laser and light set up is incredible as well and the list of DJ’s who have played at AgeHa is not only extensive, but downright impressive. Everyone from local to international DJ’s have played at AgeHa with the club hosting both Halloween and New Year Eve’s parties that attract thousands of people. The club itself can hold up to two thousand, which makes the sheer size of AgeHa alone something worth checking out.

We went on a regular Saturday night when there were no special promotions or big musical acts. As mentioned above, I was a bit concerned. It was our first time going out in Japan and I was a bit anxious about having to spend an entire evening stuck in someplace I was not familiar with. I also was nervous as a foreigner who does not speak Japanese that AgeHa would be pretentious or not welcoming.

As soon as we got onto the shuttle bus to AgeHa though, all of my worries melted away as it was good preview of what was to come. The bus was completely full of of both foreigners and locals, and everyone was pumped up. We immediately met a couple of people who we got to know on the way to the club, while the rest of those on the bus chanted, cheered, and drank. Once at the AgeHa, you are directed inside where you pay the entrance fee of ¥3500 and have the option of putting your belongings in coin operated lockers. You have to hold on to your key, so make sure you put it someplace you won’t lose it even when out dancing. No cameras are allowed inside AgeHa, but you are allowed to take as many photos and videos with your phone as you want.

As soon as we got to the first dance floor, we noticed it was not super packed. It seemed like maybe five or six hundred people were there, but no where close to being at capacity. I felt a pang of “what have I gotten myself into?” for about a split second, but that too immediately faded away when a group of some local fellow party-goers welcomed us into their dance circle and cheered as if we were their long lost best friends. That friendliness and welcoming attitude became the theme of the rest of the night.

Making friends at AgeHa is not hard. I made more friends that night than any other time in my life. That is a huge part of the fun and appeal of AgeHa. People there just want to let loose and have fun. I have been to my fair share of clubs where people stand around and are too cool to dance, and I am happy to say AgeHa is the exact opposite. You see everything from incredible dancing to movements that loosely resemble some form of dance, and they are all accepted and encouraged. So do not fear if you are not a good dancer, just go out and have the time of your life!

You can meet friends out on the various dance floors, at the several bars scattered throughout the venue, or even in the bathroom! I encourage you to talk to everyone! It was so much fun making friends with such nice people who were just as excited to meet you as you were to meet them. If you are too shy to approach people, chances are they will approach you! Language barriers are not a problem as most of the communication is done in smiles, cheering, and fist pumps. Liquid courage is a great option too for those who might be anxious about making new friends, and the drinks at the bar are surprisingly cheap. A vodka and Red Bull was ¥400 and the bartenders spoke some English as well. The highlight of our night in AgeHa was watching the sunrise at the outdoor patio and pool with about one hundred other people while some great techno and house music played in the background.

Overall AgeHa lives up to the hype and even surpassed all of our expectations. This incredibly welcoming and fun club is definitely an absolute must if you are looking to party while in Japan!

I am thrilled to be an intern for Japan Travel and am just as equally excited to be exploring Japan for the month of June! A photographer, foodie, and an architecture, art, and anime lovin' girl from the United States. I can't wait to share all my adventures with you! 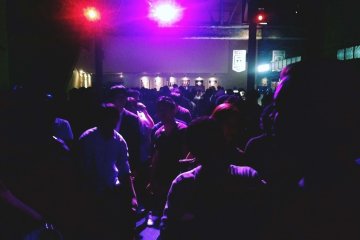 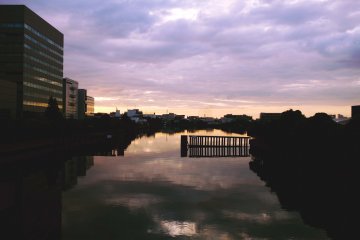 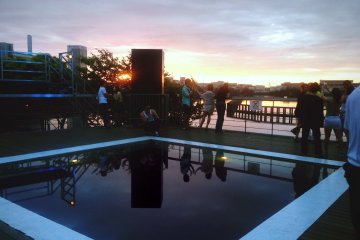 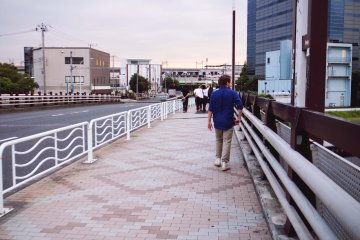