When you need to see green in central Tokyo

You need a break? You need to breathe, to see verdure, with waterfalls all around you? Crazy or not, Tokyo, this capital commonly thought of as one of the biggest cities in the world, with too many high buildings to see the sky, is the perfect place to find these things! With the love that Japanese people have for nature, you are sure to find a park on even small side streets that will take your breath away.

This is what happened with me! For professional reasons, I had to go to Hiroo Station on the Hibiya Line. Being paranoid about the idea of being late, I arrived way too early for my appointment. Having time to kill, I went for a walk under the sun.

I enjoyed passing by the fashionable shops in the upscale Hiroo neighborhood (Marc Jacobs, Christian Dior, Celine...), as well as the delicious smell of a brasserie. I was lost in my own music, enjoying the not-so-crowded streets while refraining myself from starting to dance in the middle. I turned a corner and there, there was a small piece of Paradise!

I smelled the trees and refreshed myself with the vision of aged fishermen who had been there since so long ago that they seemed part of the park. I smiled at a child who was sitting in the middle of pigeons as if they were from the same family, getting a little bit further away from the bridge’s limit when I saw the monstrous carp in the central pond, begging for food--or in my mind, waiting for an unsuspecting person to fall in.

There was almost no one in the park, and except for a few children trying to grab small fish in a tiny watercourse, everything was silent.

Under the sun, with a small but refreshing wind, I wanted to do what the turtles were doing: sun-bathing on a rock in the middle of the pond without caring about anything except maybe an occasional dive.

I nearly lost track of the time. “Nearly” because I am paranoid, as I already said. So I put away my camera and my dreams of farniente ("relaxation" in French), and with a big sigh, I left the park. Of course, I didn’t leave without promising myself to come back.

And so I will! And I will discover the whole park next time--especially since we share almost the same name!

Trees, a small waterfall, a tiny watercourse that you can enjoy by walking barefoot inside during hot days, wooden bridges lost between the trees, different paths, not many people and not even 5 minutes away from Roppongi (my workplace). Did someone say Paradise? I rather say “destiny”. 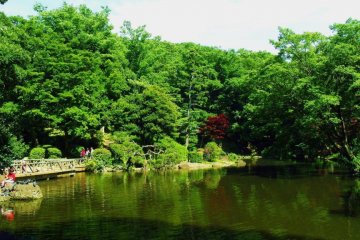 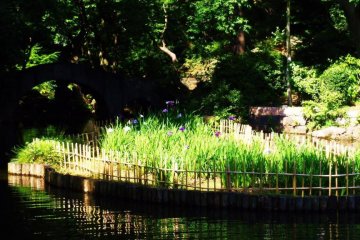 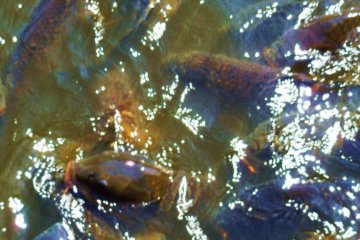 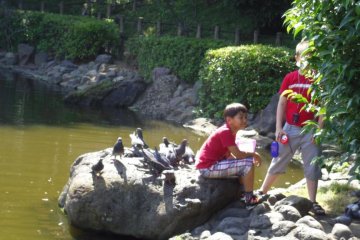 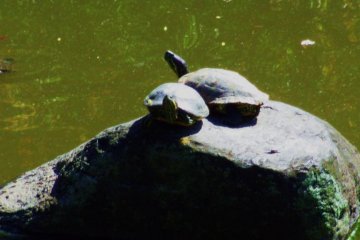 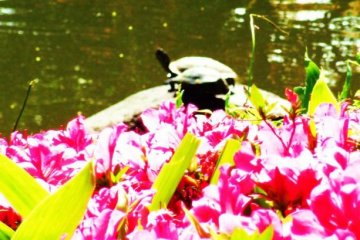 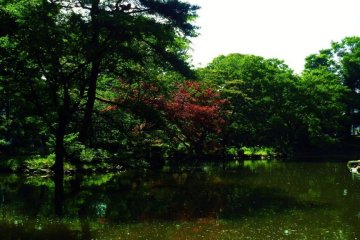 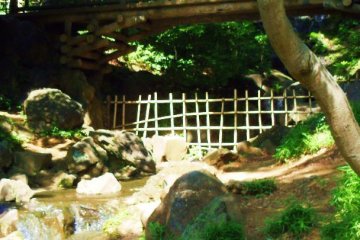 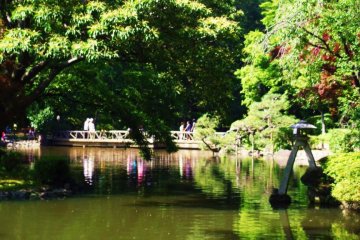 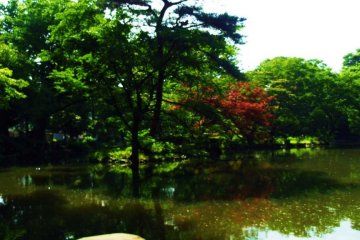 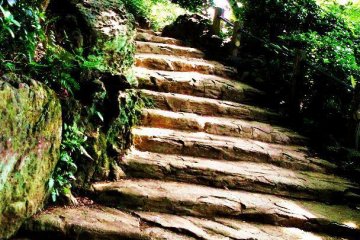 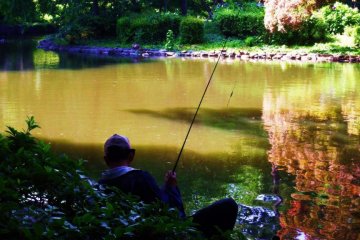