The craft beer industry is booming. Some might argue that we are in the midst of a beer “bubble”, a fad that will eventually spurt out and send us careening back in droves to the big manufacturers. The fact is, once you have a taste of the complexities of what craft brewers are capable of, it’s impossible to pine for blandness. The whole world is hooked, including Japan, whose devotion to the masters: Kirin, Suntory, Asahi and Sapporo seemed impenetrable. So to my delight, a random Google search a few years ago generated a slew of old and new craft beer bar options who's presence has been made more visible and accessible per the altering beer aficionado culture.

Last month, a robust list was generated and a crawl commenced from one side of town to the other. The last stop was the Baird Beer Taproom in Harajuku. This location is a super convenient pit stop for tourists who will all eventually hit the famed Takeshita Street for crepes, shopping, spirited “cosplay” gawking and those Victorian-Lolita street fashions that saturate Instagram feeds. If you need a break from the crazy foot traffic and enjoy a good beer, then Baird Beer is right around the corner and ready to serve! Helmed by husband and wife team, Bryan and Sayuri Baird, both with a passion for small batch brew methods and experimentation. They are not afraid to play around in order to produce flavors that might not appeal to the masses. Trained in the Pacific Northwest, they returned to Japan in 2000 and opened their first shop in Numazu, Shizuoka. Additional locations would eventually open in Nakameguro, Yokohama, Izu City and Harajuku. In doing so they’ve helped carve out a niche market for Japan Pale Ales (JPAs), further sustained by Japan’s traditional reverence for ingenuity and craftsmanship.

The ambiance is a welcoming blend of a traditional, dimly lit izakaya meets a wall of noble wooden craft beer pulls and 2 hand pump casks dispensing 12 year-round selections on tap ranging from Stouts, Porters, Pale and Amber Ales and JPA/India Pale Ales (IPA) in addition to their seasonal selections. There is bar seating with a flat screen alternating between national news and sports events and table seating for larger parties. The taproom feels like a neighborhood bar for locals and friends, a mix of gaijin locals and tourists as well as Japanese locals. The staff is bilingual and friendly and eager to point out memorable food pairings from their menu of izakaya inspired fare including crunchy salted Beer Karaage with mayo, awesome with the crisp Numazu Lager, sliced pork belly cut bacon and an assortment of yakitori, yakinikku and kushiage. Pair the malty Red Rose Amber Ale to counter the saltiness of the buttery pork belly bacon, but do try the floral, fragrant Wabi-Sabi Herbal JPA on it’s own to discover and savor its own intricate flavors.

If you are heading east from Harajuku JR station (away from Yoyogi) take a left at the station exit and a right onto Takeshita Street. Pass McDonalds and Daiso on your left and when you see your first of many Crepe kiosks, hang a left. Walk ½ a block and the taproom will be upstairs on your right. Stop and enjoy a craft beer or two, you’ll emerge recharged and ready to tackle Harajuku’s festive bustle.

I pay songwriters by day and scour Yelp by night. Rest of my time is spent traveling. 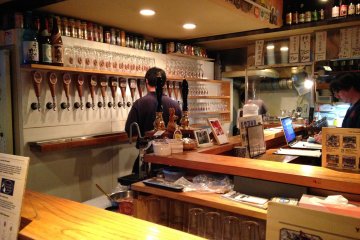 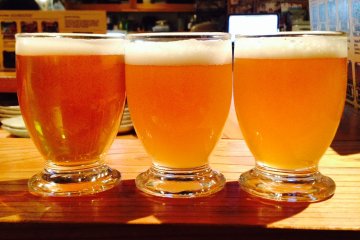 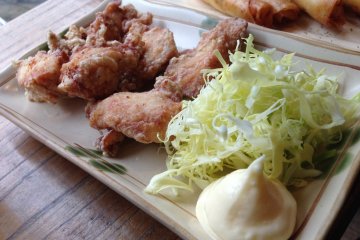 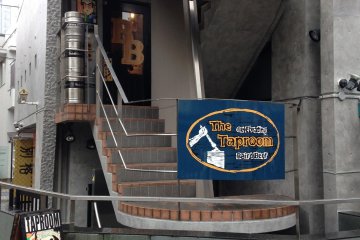 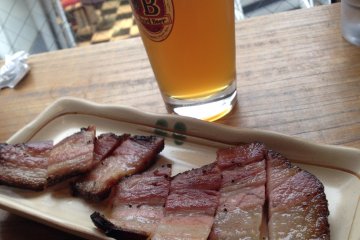 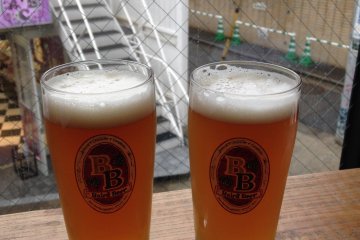