Tokyo's usual surging traffic and throng of city dwellers surround the station, cars stopping and crowds crossing, with the lights changing on a continuous cycle. Neon signs glow overhead against the city skyline. Yet on this October evening, in contrast to the bright lights and skyscrapers, the exuberant Oeshiki celebrations parade through the bustle, halting traffic and passers by; none of whom show any sign of impatience.

This week-long Buddhist celebration commemorates the anniversary of the death of Saint Nichiren, the founder of the Buddhist Nichiren sect. Oeshiki rituals are held at many temples across the country, but the festival is at its largest and most impressive in the parade from Ikegami train station to Ikegami Honmonji, the place in which Saint Nichiren passed away more than 700 years ago. Each year hundreds-of-thousands of people attend the celebrations, with thousands of lanterns carried by the participants.

The parade's leaders carry portable shrines, followed by the young and the old, singing, dancing and chanting; the giant, cherry blossom-adorned lanterns, carried with pride. In a modern metropolis where many people don’t know their neighbour, it’s refreshing to see a sense of community as this old custom is celebrated.

Each year the height of the Oeshiki celebrations are from the 11th to the 13th October, starting at 6pm from Ikegami station, parading to Ikegami Honmonji Temple. On the 12th there is a Mando Kuyo parade, with participants carrying decorated Mando lanterns; chanting to the melody of flutes and the rhythm of drums.

From the 12th to the 13th October the festival is held at Myohoji Temple, where ceremonies take place during the day, followed by the lantern-lit street procession in the evening - you can reach Myohoji Temple from Higashi Koenji station.

From the 16th to the 18th October, Kishimojin Shrine is the place to head for. Worshippers pray and make offerings on the 16th, with some smaller parades around the temple area. On the 17th the ceremony is at 7.30pm, going from Gokokuji station to Kishimojin Temple.

The final celebrations are on the 18th, starting at 7pm from Ikebukuro station, leading to Kishimojin Temple. Street stalls are set up around the festival route at these times, so you can grab a bite to eat as you watch the festivities. 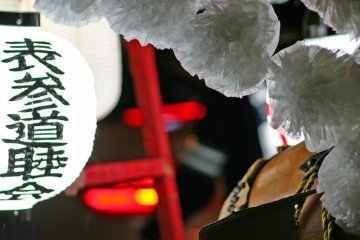 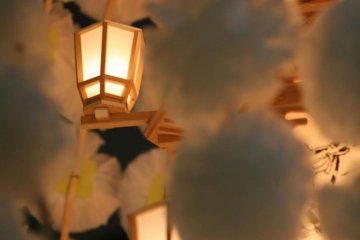 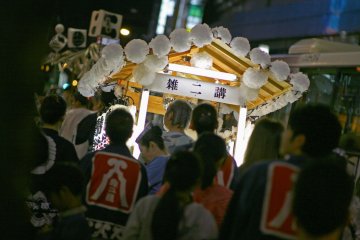 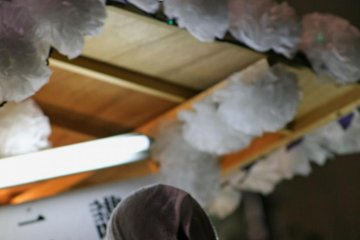