Raise your glow stick up high. It's time to celebrate the one-year anniversary of the glimmery fantastical spectacle that is Robot Restaurant. Massive robots, scantily-clad dancers and, wait, is that a giant panda? Mechanical beasts abound in this modern take on the dinner show. Throw all your desires for a classy evening out the door. Stepping into Robot Restaurant is like entering the most gaudy paradise known to man. It's been said that the creation of the restaurant cost over ¥10 billion and it shows.

Perfectly suited to Shinjuku's famously seedy Kabukichō district, Robot Restaurant launches the concept of theme restaurant into an entirely different echelon. Entering the venue is a startling and transformative experience, taking you into a tawdry, over-the-top realm of baubles, mirrors and gems.

While there are a few set box meal options available, do yourself a favor and dine somewhere else before or after the show and choose the drink tickets option. This might be a 'restaurant' but the food is unremarkable.

Take your seat; the show is about to begin. Like something from a hyper-sexualized sci-fi movie, the beautiful performers zoom on stage in a variety of motorized apparatuses. Women on taiko drums pound out a militaristic beat while the alarming chants and calls of the dancers howl from all sides. Anticipation is building; everything is awash in Technicolor.

It's a circus of epic proportions. Lithe dancers spin around on poles; cave women atop dinosaurs battle it out with evil robots; huge Gundam-style robots boogie around in rainbow afro wigs; a troop of glittery women ride on a suspended loop around the perimeter; a mechanical cow makes an appearance. During the intermission, guests have the chance to mount the massive DJ-booth for photo opportunities with the dancers and robots.

The experience is jaw-dropping and at times incomprehensible. A combination of overly saturated neon, glitter and robots shouldn't work, but it does. It really does.

At the time of this writing, Metropolis is running a discount coupon special to celebrate the first anniversary of this fantastical theme restaurant. Bring in the latest copy of Metropolis (with coupon) to receive the 20% discount. Regularly priced tickets are 5,000-yen. Call ahead to make a reservation (English service available); consult the schedule on the website to check show times.

Find out more about Robot Restaurant. 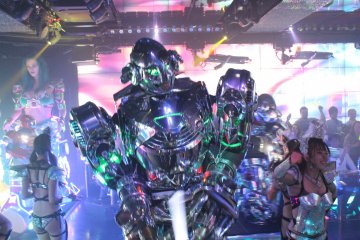 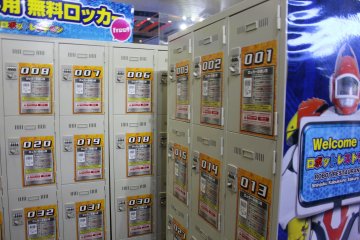 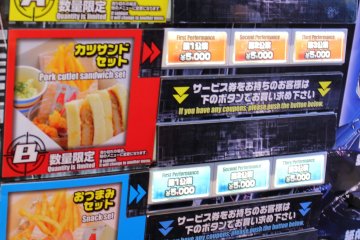 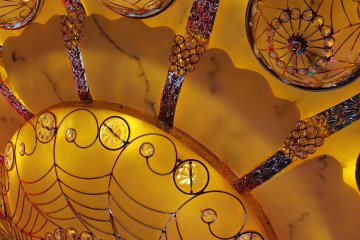 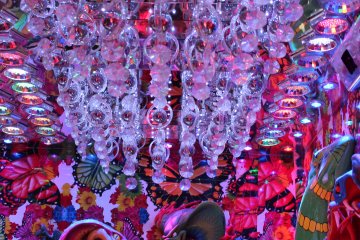 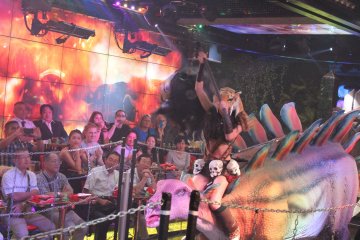 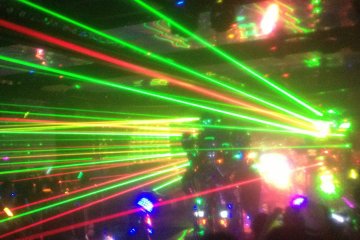 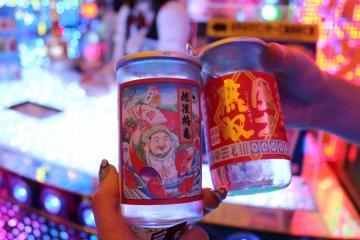 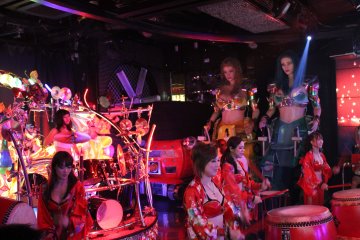 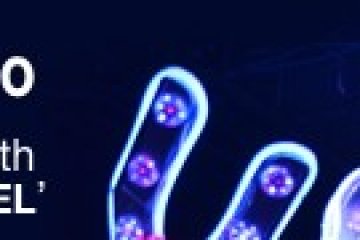