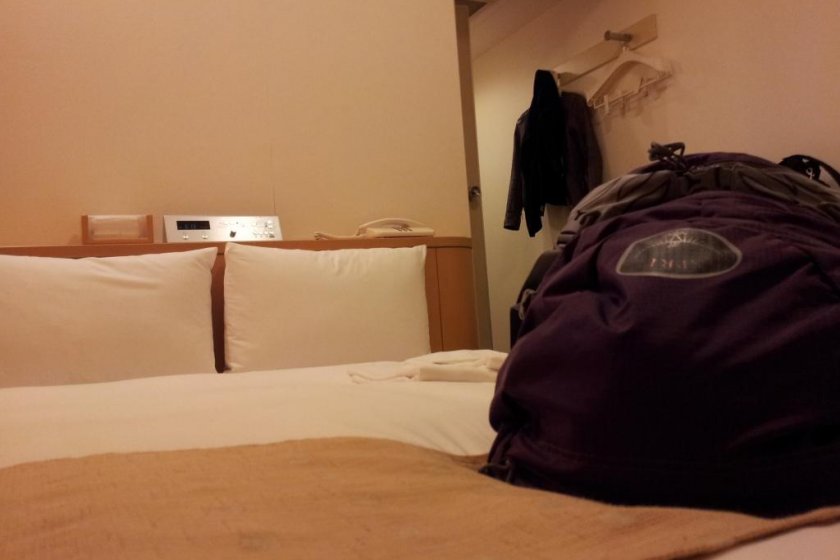 The Chisun Hotel Hamamatsucho is a reasonably priced business hotel within easy striking distance of Tokyo's Haneda Airport and close to the city's central tourist sites. While there is not a lot to do in the immediate neighborhood around the hotel, a ten-minute walk takes you to the Hamamatsucho/Daimon station area, where you have access to the JR Yamanote Line (just three stops from the Tokyo Station shinkansen hub), Haneda's Tokyo Monorail, and both the Asakusa and Oedo subway lines. This makes the Chisun a good base for explorations of Tokyo and beyond. Late night arrivals and early morning departures should expect to pay about ¥5,000 for a taxi to Haneda--not cheap, but still less than you would pay from Shibuya, Shinjuku and most points within the central Tokyo area.

If you tire of trains and planes in your travels, Tokyo Tower is an easy 15-minute walk from the Chisun. Zojo-ji temple is even closer than the tower, in the same north-west direction, while Hamarikyu garden is about the same distance away from the hotel but off to the north-east. The Odaiba area is also quite close, though not really a pedestrian option unless you are up for the lengthy trek across the Rainbow Bridge (about 5km each way from hotel to Odaiba's Decks and Aqua City).

Our room at the Chisun Hamamatsucho was fairly standard for Japanese business hotels. While it was not spacious by western standards, neither was it as cramped as many similarly priced competitors in this country. Everything was clean and comfortable, and the shower had great water pressure--no need to wait for the hot water to kick in either, as it responded right away. The TV had a ¥1,000 all-you-can-watch movie option. Simply purchase a card at the machine beside the elevators and then flip through the extensive menu of mainstream foreign and Japanese films (as well as "adult" fare).

If you are concerned about noise, ask for a room on the east side of the hotel, as the west side is next to the train tracks. We stayed by the tracks and were not too bothered, but fatigue was a factor in tuning out the rumble. Train-spotters might like the chance to spit upon the shinkansens, monorails, and JR commuters speeding past the windows.

The hotel facilities were fairly standard, as well. There was a slight stale-smoke smell in some of the hallways and elevators, but nothing too disconcerting. The Chisun front desk people were engaging and friendly, addressing us in English as we approached to check in. We also enjoyed the hotel's restaurant, Ravenna, and splurged on its ¥2,500-per-person buffet. This price included a mini-bottle of champagne on top of an impressive spread of food. The roast beef and the chocolate fountain made the most lasting impressions.

Though there is not much in the immediate neighborhood for tourists, there is a Lawson convenience store on the same block. Stock up here on snacks and drinks for the evening, or forgo the Ravenna buffet for cheaper rice balls and oden (boiled stuff) if you are on a budget. 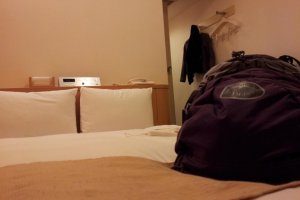 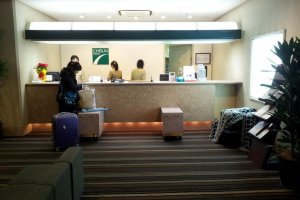 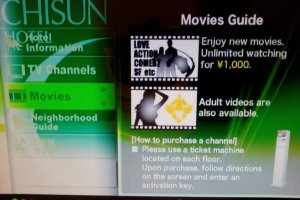 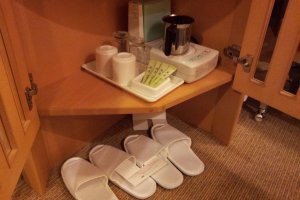 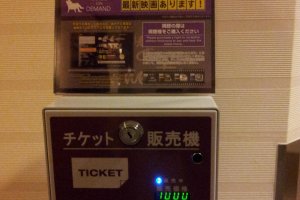 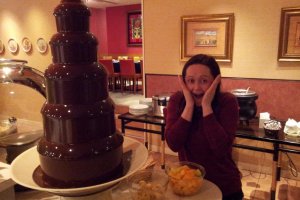