Clash of the Titans, Tokyo-style

A Day at the Ryogoku Kokugikan

Just across the river in Sumida Ward lies the Kokugikan, a huge 13,000 capacity indoor stadium that plays host to half of the annual sumo tournaments. Sumo wrestling is perhaps one of the most intriguing aspects of Japanese life for the foreign visitor, and the chance to see these athletes in action should be on every Tokyo visitor’s list.

The impressive building is very close to Ryogoku Station on the JR Sobu Line – just look for the rows of amazing colourful flags that surround the building when a tournament is on. Once inside there are several kiosks and stores where you can pick up tour programmes (in English) or souvenirs. The hallways are well signposted, and getting to your seat is easy.

The main arena is very impressive. A Shinto-style roof is suspended above the ring, or dohyō, in the middle, with the most expensive seats directly around this at ground level. These seats only start to fill up once the later bouts start, with many of them occupied by whole families.

Sumo wrestling is a very ceremonial sport, with the pre-match ritual much longer than the bout itself. Once the match begins it rarely lasts more than a few seconds. The wrestlers suddenly become very agile as they try and force their opponents to the floor, or out of the ring completely. One of the funniest things to see is a well dressed businessman jumping out of the way of a falling Sumo, which happens more frequently than you’d think! Due to there being no weight classes in Sumo, you will often see what appears to be mis-matched wrestlers facing off, but you quickly learn that victory is all about technique rather than size.

You can get there as early as 10:00am to watch the apprentice matches, but things only really start to pick up around 2:00pm when the more experienced wrestlers and grand masters, Yokozuna, start to compete. If you only want to see a sample of this amazing sport, it might be better to time your arrival around then.

One thing you really have to try if you are visiting is the chanko-nabe, served at the food hall in the basement. This traditional Sumo stew is inexpensive and very protein rich, including chicken, vegetables and fish, although it’s a fairly loose recipe, and can vary greatly depending on what the chef has to hand. It’s a no-frills eatery, with just a few tables and chairs set up, and you don’t need to book in advance.

The Kokugikan is a worthwhile place to spend the day in Tokyo, although a word of advice when leaving the stadium – keep your wits about you, as any wrestlers leaving won’t slow down if you are in their way! 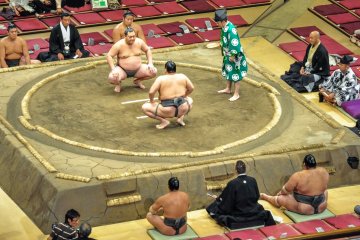 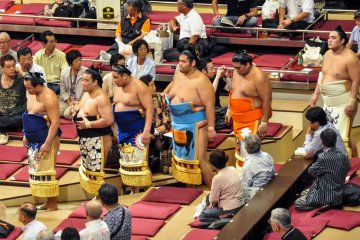 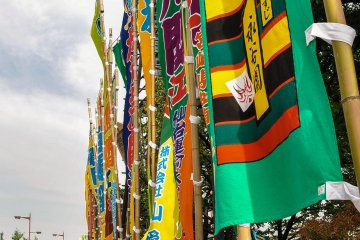 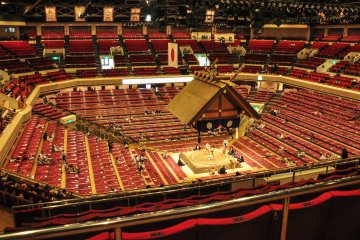 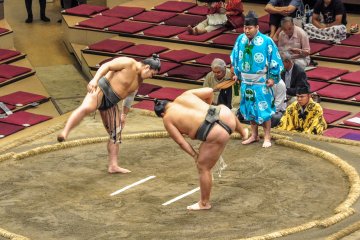 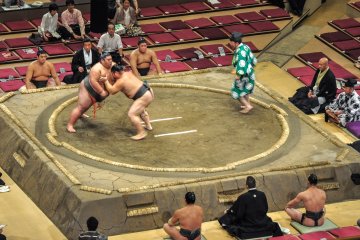 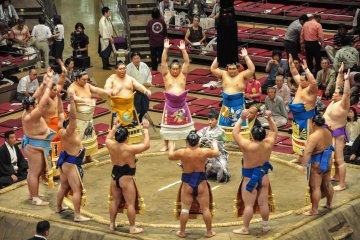 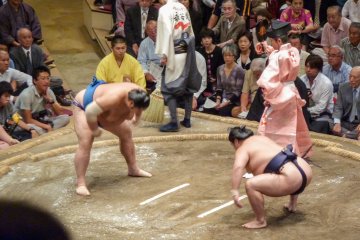 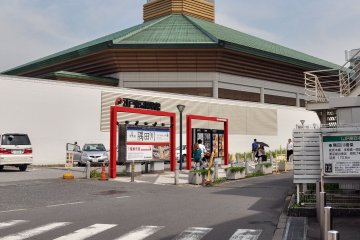