One of the biggest gaming arcades in Tokyo

Tokyo is loaded with gaming arcades in various parts of the city. The very concept of gaming parlors and animated video games was developed in Japan. The entire world went gaga with the release of games like Sonic, Super Mario and Tekken etc. Companies like Sega, Namco, Taito and Nintendo set milestones for other gaming companies around the world.

The first arcade game was introduced in the 60s and even though today there is a decline in arcade-style gaming, gaming arcades are still very popular in the city of Tokyo. Not only children but many adults use these parlors as means of entertainment too.

Sometimes arcades are a popular spot for bringing dates along, and sometimes it is also used as a family outing. From a 4 year old, to a 80 year old, everyone can enjoy a gaming arcade.

The Club Sega in Shinjuku is one of the most popular and perhaps the largest arcade in Tokyo. With 3 floors and around 200 machines, it is a Mecca for enthusiastic gamers.

When I first entered the place, I was overwhelmed by the noise and the number of people. But soon I realized that I actually became a part of that. I found myself lost in the excitement and, like a kid, I refused to leave.

Thankfully my parents weren't there to supervise me, so I could stay there for a while. I started off by playing a fighting game called 3rd Strike Street Fighter and went on to use the UFO catchers. These soft toy machines are designed to make you lose, and the chances of winning a toy is nearly impossible. What I actually paid ¥100 for was the excitement and adrenaline. I also ended playing a game where you had to drum to a specific beat and earn points to survive.

Desperate to win a toy for my friend, I spent up to ¥800 on these machines. Some of the little children were also laughing at my obsession with the Hello Kitty toy machine but I refused to give up. With my armor on and with coins in my hands, I kept playing. Well, I didn't win anything but I bought a few toys from the vending machine to reward myself after a well-fought battle.

The basement also has a tournament zone, which is used for professional gamers, and like the first floor, the second floor has many fun-filled machines too. In brief, this place is heaven for teenagers and little children, but older people have a great time too!

I'm a student at the University of California, Davis and I love traveling and photography. I'm currently interning with JapanTourist as a photojournalist, and immersing myself into Japanese culture. Two random facts about me: I am left handed/ambidextrous and have visited more than 30 countries. Please feel to message me if you have any questions or if you would like to discuss photography with me. Email: sslokhandwalla@ucdavis.edu 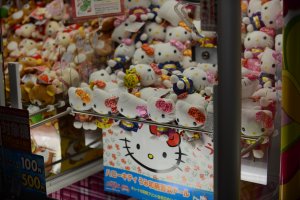 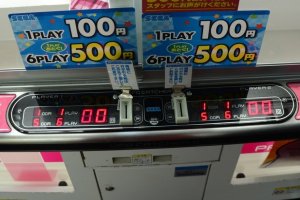 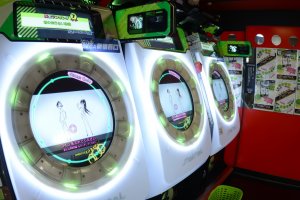 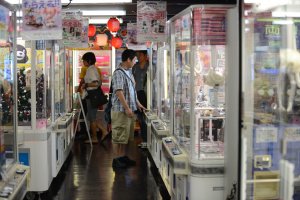 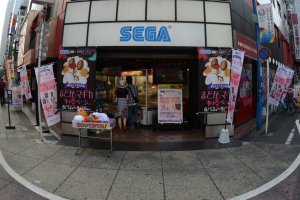 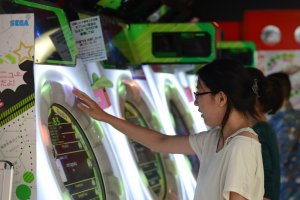