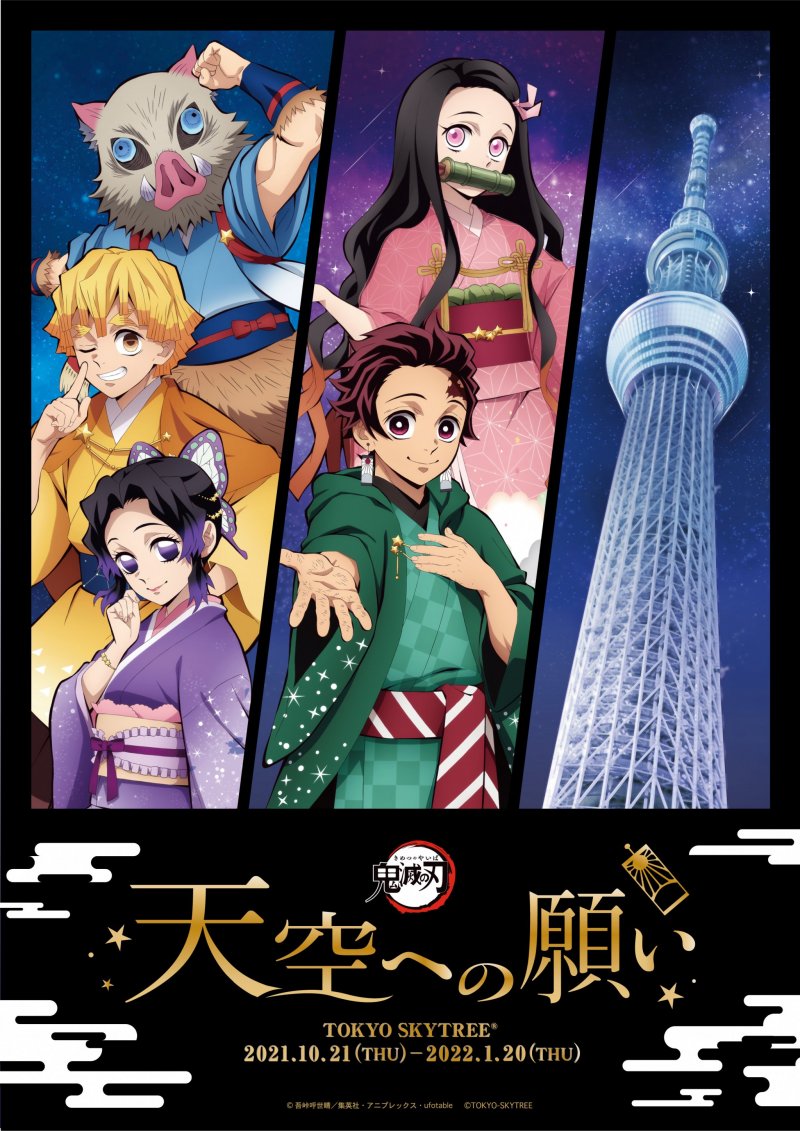 A visual anime feast this October

As if Skytree Tower in Sumida, Tokyo, wasn't already spectacular by itself, one of Japan’s biggest franchises—Demon Slayer: Kimetsu no Yaiba—is set to bedazzle the tallest structure of the country this October.

It's a well-known fact that anime is a leading attraction and therefore lures many foreign tourists to the land of the rising sun. The passion and hard work of artists, animators, and staff involved are seen as the unhindered creativity bleed through their works. People in Japan relish life and culture that is based on their own but is further colored by imagination. Anime doesn't just appear in manga or television, but the hype has spread all over the country in various forms—be it fashion, food industry, or on buildings.

People flock toward the merchandise of their favorite anime and cosplay as their favorite characters. It's an art style unlike any other that brings people together and taps into our inner child and imagination.

One of the leading anime shows today is Kimetsu No Yaiba—internationally known as Demon slayer—with its success evident as it bags numerous awards like the Japan Academy Prize for Animation of the Year and Popularity Award this 2021. With $440.15 million in the worldwide box office, the movie—Kimetsu no Yaiba (Demon Slayer): Mugen Train—dethroned long-standing record holder Spirited Away to become the highest-grossing anime film ever. All of the accolades have rightfully earned the show its right to be featured in one of the crowning glory of Tokyo, as the franchise of Kimetsu no Yaiba collaborates with Tokyo Skytree. The event will take place from October 21, 2021, through January 20, 2022.

During the event, there will be a special illumination based on Demon Slayer figures on the outside of Skytree, as well as photo booths in the Tenbo Corridor and the sale of collaboration goods, exhibitions, and other decorations on the Tembo Deck. Demon Slayer-themed meals will be available at the Skytree Cafe. Whether you're a fan or not, missing out on this amount of visual and physical entertainment would be too much of a waste. I'm on the other side of the world and I'm very tempted to sell an organ or two just to get myself a ticket and see the exhibit with my own eyes.

If Rengoku is your favorite character of the show then you're in for a treat, Skytree tower will light up in the colors of Flame Breathing Hashira Rengoku Kyojuro’s Nichirin in honor of the Demon Slayer: Mugen Train movie. What a flashy way to come alive, Rengoku! Pin the date on your calendar and don’t miss out on this rare experience!