Before organic was the buzzword it is today and juice stands were a dime a dozen, the Azabu Juban cafe Eat More Greens was serving veggie-based meals to Tokyo's residents. Today, it still prides itself on offering vegetarian and vegan options just steps away from the metro station.

On most days, there are lines out the door for the lunch specials at Eat More Greens but on a rainy Friday, our party of three had the restaurant practically to ourselves. There were only a handful of lunch options, a slightly spicy lentil curry with Japanese pumpkin and a few other vegetables and a vegan (bean-based) taco salad with avocado and a small tomato-based soup (very reminiscent of a minestrone). Specials can change according to seasonal availability but the vegan taco salad is a regular staple. None of the lunch options were over ￥1000.

Our lunch came within five minutes but surprisingly wasn't as notable as I expected. The curry had a fairly good depth of flavor but the taco salad was a rather small portion and the minestrone was unremarkable. We supplemented our meal with a massive slice of vegan pumpkin pie - and it truly was the size of three normal Japanese desserts - but the filling could have been a little more generous. In autumn, apple pie is also on the menu, while the regular sweets include scones and muffins.

Where Eat More Greens really shined for me was in its drinks. The apple ginger ale was crisp and the mixed berry soda actually had fresh fruit. There are many variations on coffee and tea and all set lunches come with a small drink.

Eat More Greens also offers dinner, when the menu expands to such specialties as falafel and pastas.

When the weather is nice, the terrace seating allows you to get in some good people watching. On bad weather days, just be aware that the restaurant does allow smoking.

Eat More Greens is still a good deal for vegetarians in search of a meal in the Azabu Juban neighborhood, but with some hefty competition around the city in more recent years, it's not the only option. 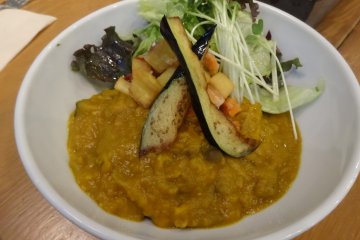 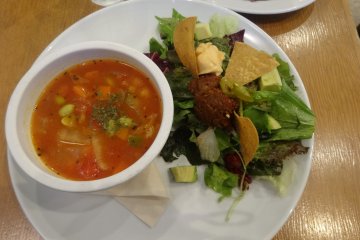 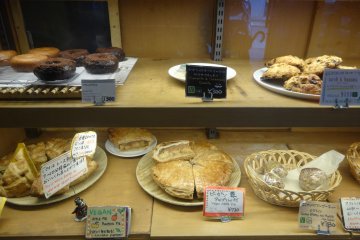 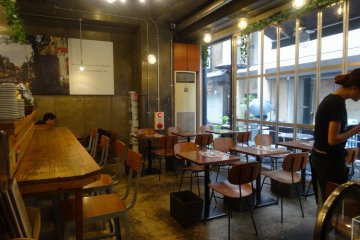 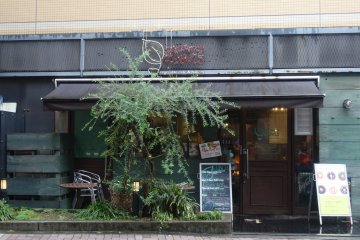