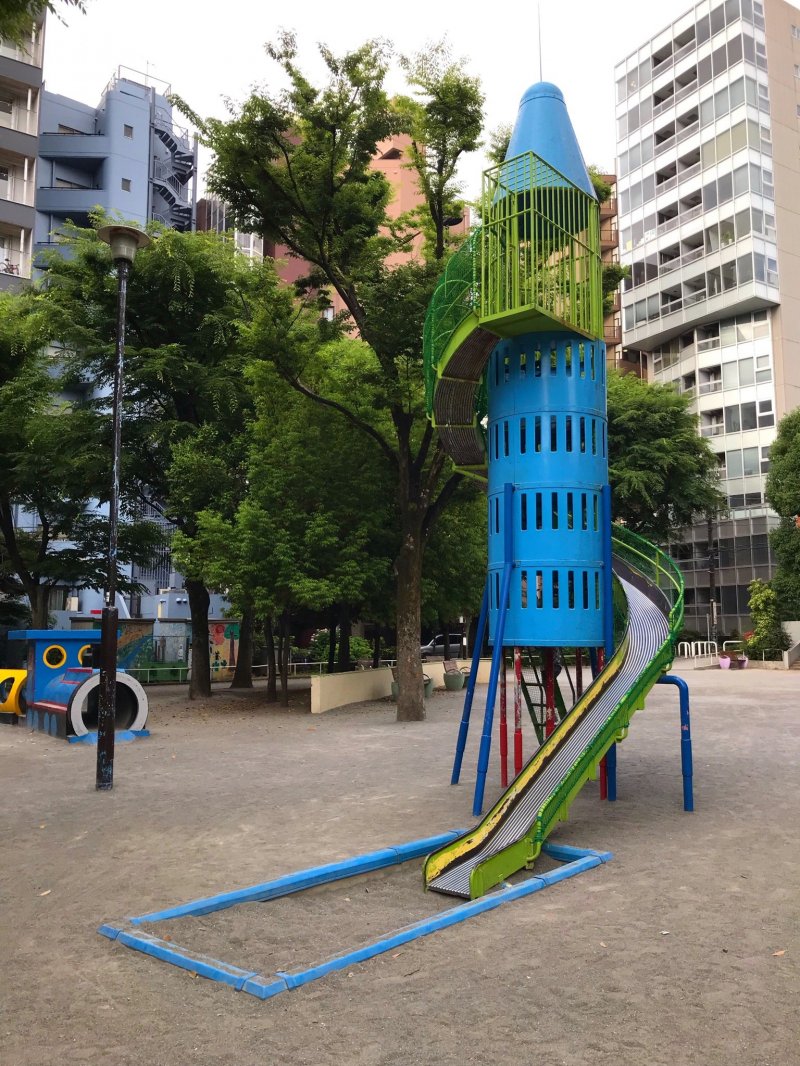 One of the slides is rocket themed! 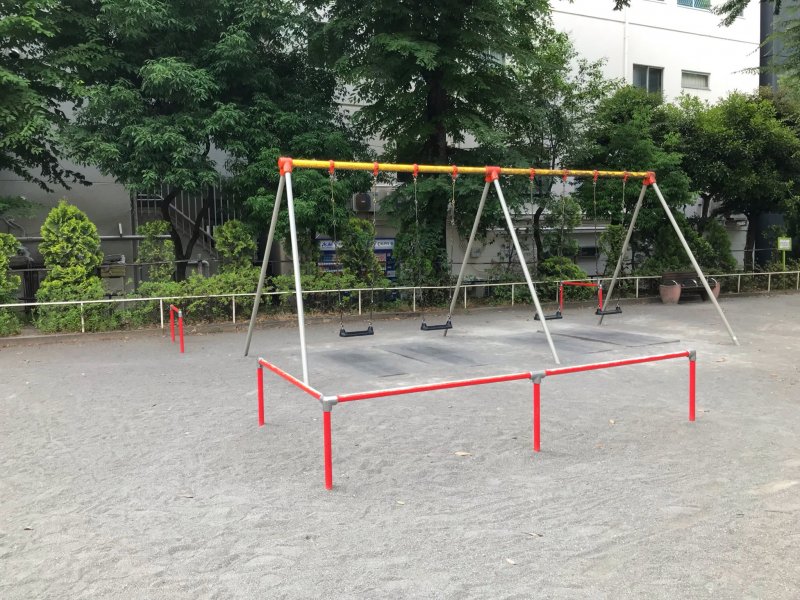 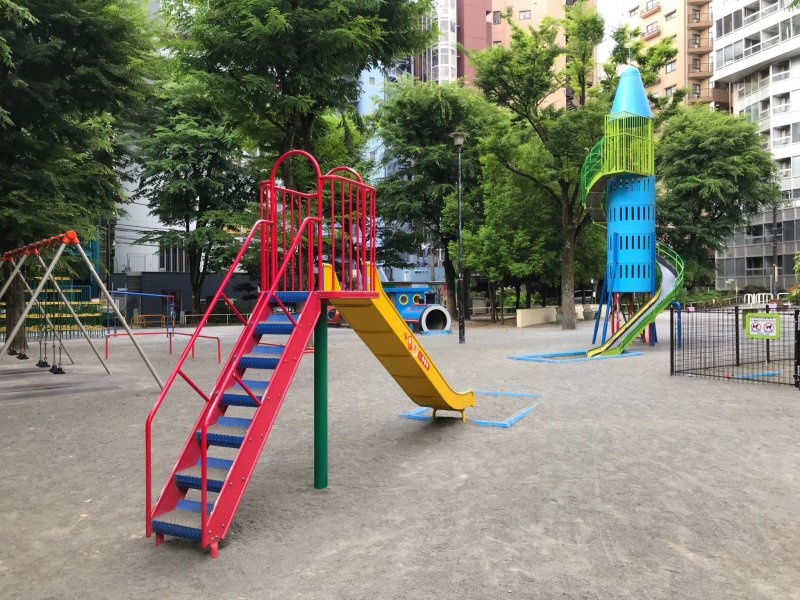 There is plenty to do for a small urban park 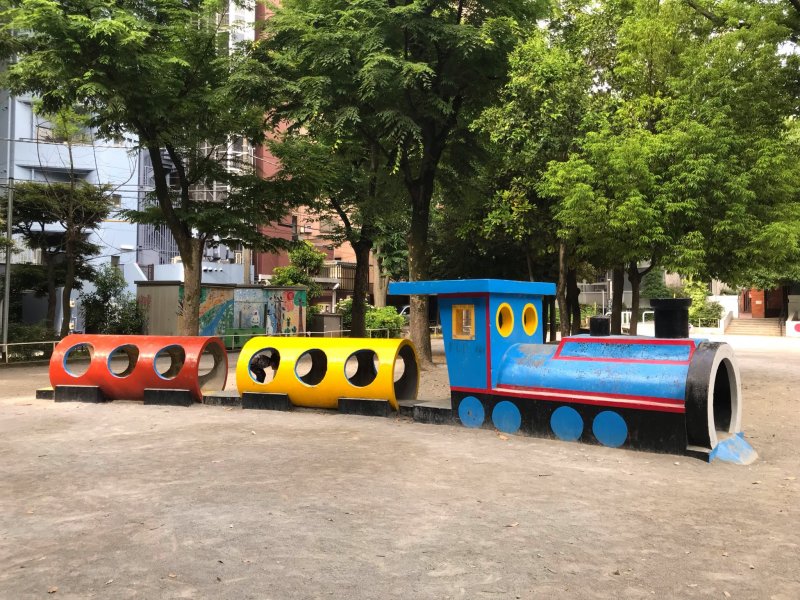 Perfect for the train loving kiddies 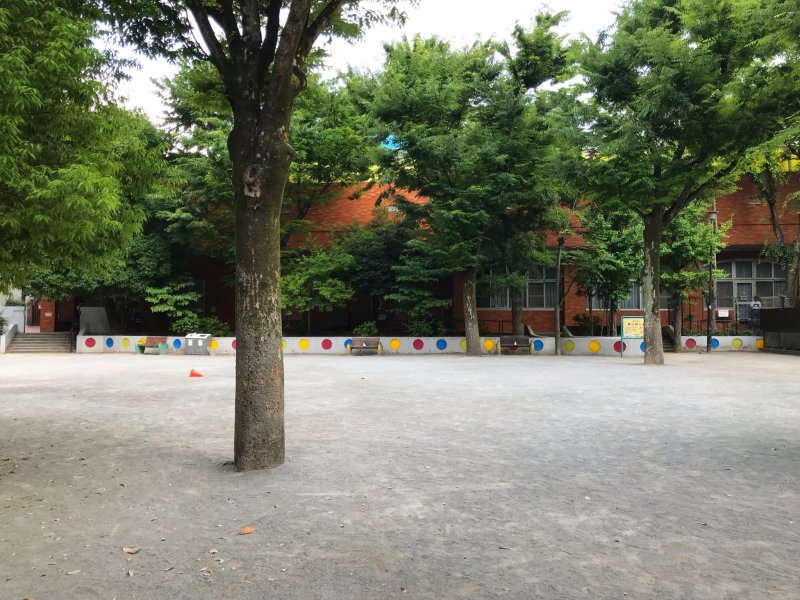 There’s enough space to kick a soccer ball around 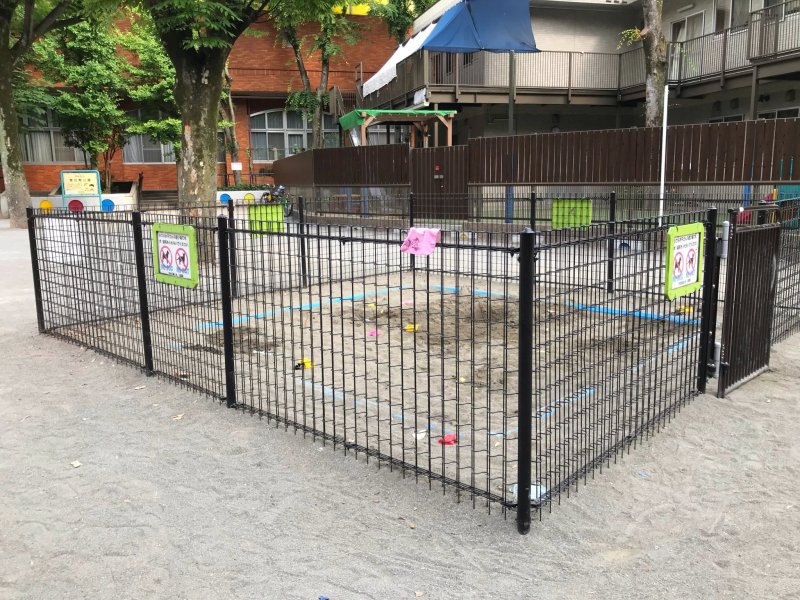 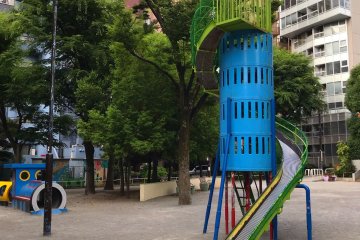 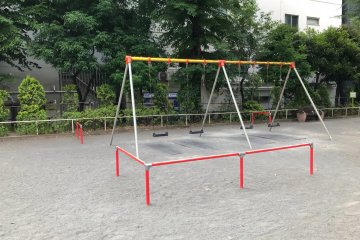 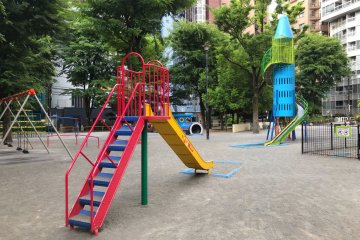 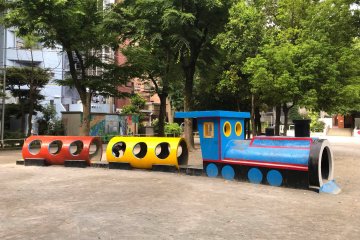 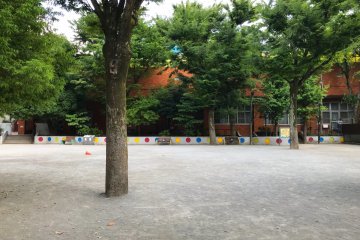 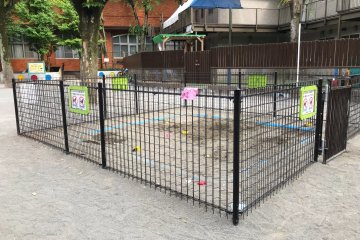 Even in a sprawling city like Tokyo, there are plenty of parks and urban spaces to enjoy with your children in tow. Wander around the streets and you’ll usually find an array of small playgrounds, like this one we discovered just a short walk from Ebisu Station.

Despite the park grounds being literally in the heart of the city, there’s still plenty for the little ones to do in order to burn off some energy. The park has swing sets, several slides (including a fun one that is rocket themed!), and a train that children are able to crawl through, along with climbing frames, monkey bars, and even a sand pit. There’s also an open space portion with enough room to comfortably kick a ball around if you’d like to bring one along.

Another great thing about this park is that there's a decent amount of shade cover provided by some large leafy trees. At some other urban parks in Tokyo we've found that shade can be lacking, so this was a pleasant surprise. Particularly in the summer months here, taking breaks from running around and playing is 100% necessary - and it's nice to be able to do so without the sun blazing down on you!

You'll find a public toilet and drink vending machines available on the park grounds, and there's also a Lawson convenience store right across the street if you need additional drinks, snacks, or even a bento lunch while you're there. Of course, being located in Ebisu means you're a stone's throw away from plenty of amazing restaurants and cafes, too - check out some of the suggestions for where to dine from other Japan Travel contributors here.

Ebisu Park is located just over five minutes on foot from Ebisu Station. The station is served by the JR Yamanote, Saikyo, and Shonan Shinjuku lines, and the Tokyo Metro Hibiya Line.