Green Pad Thai restaurant in Ebisu is sure to make a lot of people happy. As one of my favorite Thai restaurants around, it seems that everything they make turns out delicious. Their menu is a vast combination of authentic Thai dishes as well as some original, creative ideas, and the atmosphere is bright and friendly.

The best part of the restaurant is their menu. One problem with many Thai restaurants in Japan is that they have a very limited menu with only a few choices, and they seem to be the same choices as every other Thai restaurant around. In contrast, Green Pad Thai has an enormous menu full of both authentic Thai dishes as well as some special items suited for Japanese tastes. I was excited to find dishes I ate during my travels in Thailand (and also at some excellent Thai restaurants in other countries) but that aren't commonly found in Japan. The restaurant also shows its creative flair with a series of original dishes, including their signature dish that the restaurant is named after (Pad Thai with green noodles), and also some Thai-Japanese fusion dishes, such as the "Green Curry Ramen," which sounds like a bizarre mixture but is in fact excellent. There is also a bar behind the counter.

Prices are pretty cheap by Ebisu standards, which tend to run more expensive than in most areas of Tokyo. For example, most items on the lunch menu are between 800 - 850 yen.

The restaurant has a nice, casual atmosphere. It resembles a place you might grab a bite to eat at while in Thailand, and the decorations are authentic as well (as evidenced by the portrait of the King of Thailand hanging on the wall). There are plenty of tables, and a counter to sit at. There's also an upstairs area for larger groups or when things get busy. The staff is always friendly, and the menu has lots of pictures and basic descriptions in English. If there is any gripe to be had, it's that the restaurant can be quite cold in the wintertime.

Green Pad Thai is located in the Shibuya Ward of Tokyo. It's a 3 minute walk from Ebisu Station (JR Yamanote, Shonan-Shinjuku, and Saikyo Lines, and Tokyo Metro Hibiya Line). 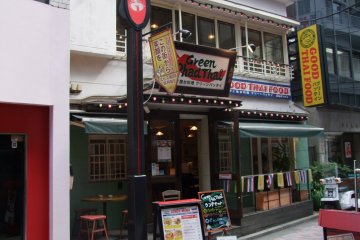 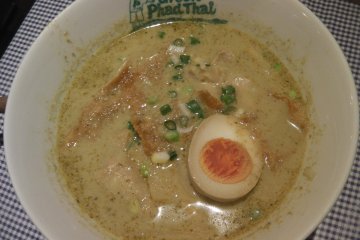 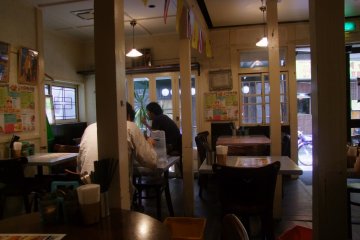 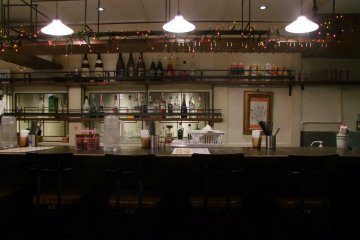 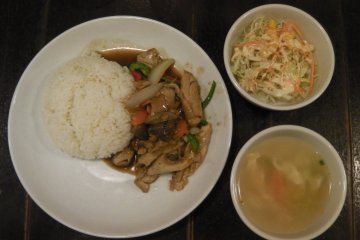 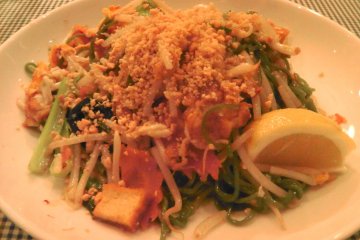 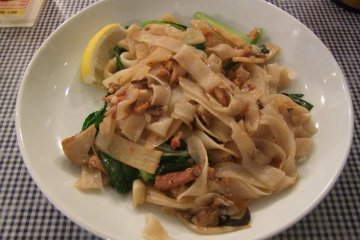