Chicken soup ramen across the country

All the shops I've been to have had an English menu: sometimes I've needed to ask the staff, sometimes they've presented it to me without waiting. The soup comes in two forms, the lighter 'Assari' and the heartier 'Kotteri' (my regular choice); your basic bowl is ¥700 for medium size, which is still enough for me, or ¥850 for a large.

To this you can add a range of toppings for between ¥100 and ¥200, among them soft-boiled egg, chopped spring onion, dried seaweed, spicy kimchi, firm sliced bamboo, and thin slices of succulent roast pork. Side dishes include spring rolls or pork dumplings for ¥390, friend chicken or pork-kimchi stir-fry for ¥480, or fried rice for ¥620, and there are various sets and combinations which give you a small saving.

Your typical salaryman doesn't generally drink water with his ramen: a regular beer costs ¥450, while for ¥390 you can have a glass of umeshu (plum liqueur) or choose from sours such as oolong tea, lemon or green tea, and there's also a selection of sake and soft drinks.

The noodles are generally quite thin compared with other ramen shops, but still hold the kotteri soup well; the taste of the soup is deliciously meaty, with a slight saltiness, especially noticeable if you're like me and sup up the soup from the bowl after the noodles are gone.

The interior is pretty standard at all the shops I've been to: bright-ish lights, a few tables, a counter for lone diners with a handy shelf underneath for bags and coats. The ones I go to most often are in Tokyo, on Center-Gai in Shibuya or on the covered arcade near the west exit of Ebisu station, but there are other locations in most prefectures across the country, from Iwate and Akita in the north to Okinawa in the south, and there's even also a shop in Hawaii.

So if you feel like a break from regular ramen and want some chicken soup with your soul food, then look for the distinctive red-and-white sign of Tenkaippin. 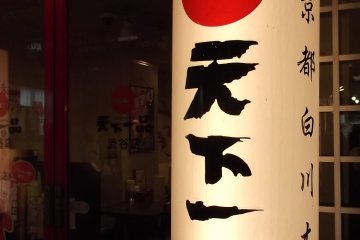 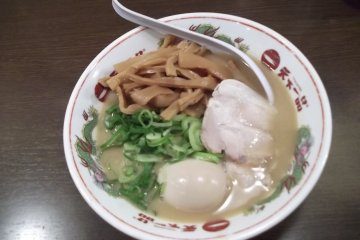 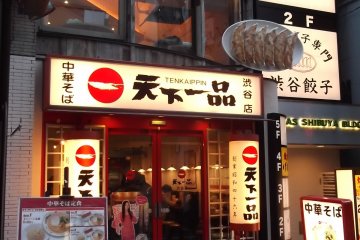 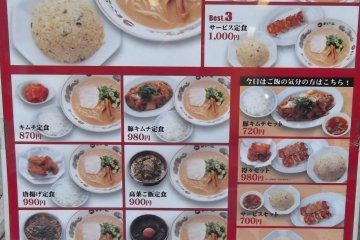 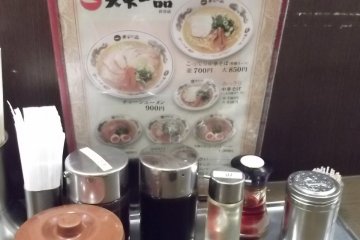