Having survived both the earthquakes and air raids that had previously levelled the city of Tokyo, Gokokuji Temple's existence is a minor miracle. Established in 1681 by the fifth Tokugawa shogun, Tokugawa Tsunayoshi, Gokokuji is one of the oldest, if not the oldest, surviving Buddhist temple in Tokyo.

Dedicated to Shingon Buddhism, centuries of worship and reflection have created a beautifully kept compound of temples, shrines and monuments. With a rich and long standing history, Gokokuji represents a real boon from the Edo Period - a close look at the architecture of the Kannon Do main temple reveals weathered signs of its maturity. The temple is now considered an Important Cultural Property of Tokyo.

The temple grounds are home to many other structures including the Shoro Do belfry tower, the Yakushi Do dedicated to the Buddhist deity of healing, Yakushi Nyorai, and Daishi Do where the founder of Shingon Buddhism, Kobo Daishi, is enshrined. Along with these structures, visitors will find Shinto shrines, period style gates, a cemetery containng the graves of famous people like former prime ministers and the tea ceremony master Matsudaira Fumai, religious statues, stone lanterns and painstakingly cared for gardens.

Interestingly, Gokokuji has also become a hub for the tea ceremony with nine tea houses located on site. Designed by the architect Ogi Rodo, the structures add a unique level of cultural depth to the temple grounds, merging religion and culture in a way that is typical of Japan's undefinable aesthetic attractiveness.

Unlike some of Tokyo's more famous temples and shrines, Gokokuji and its treasures are an almost unknown quantity for many. With so much history, culture and architectural appeal, however, it is hard to imagine Gokokuji being overlooked for much longer.

Take the Yurakucho Subway Line and get off at Gokokuji Station. The temple entrance is easily located outside of Exit 1. 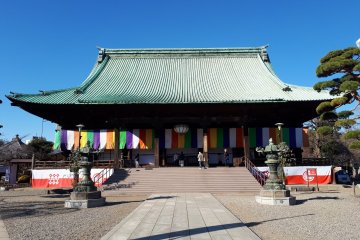 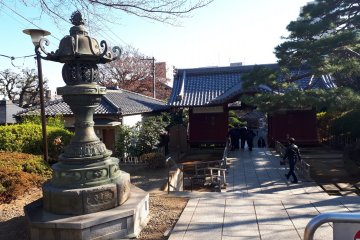 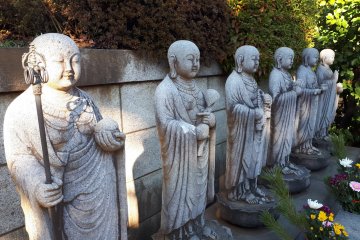