For a while, there was the perception that vegan food was all broccoli, sprouts, and carrots rather than anything with a bit of oomph. Over recent years that notion has been completely disproven, and a host of stick to your ribs vegan eateries have popped up in all corners of the globe. One Tokyo-based example of this is Great Lakes, which manages to satiate anyone's craving for a hearty, loaded burger and fries. The menu used to include burgers with beef and regular dairy cheese, but they have recently transitioned to a 100% vegan-friendly restaurant.

The menu mainstay is the Superior Burger, named after the largest of America's Great Lakes. It contains a vegan patty, vegan cheese sauce, tomato jam, mixed baby greens, marinated onions and vegan mayo (¥950 for a single patty burger, ¥1300 for a double patty). The vegan patties are full of flavor and made with shiitake mushrooms, brown rice, onions, and various other seasonings. The fries here are handmade with love, and you can get them in a vegan friendly "animal style" version - if you've visited an In-N-Out burger in the States before you'll know just how popular these are.

When it comes to the drinks on offer, Great Lakes have a range of beers, cocktails, and soft drinks available. You can also get vegan milkshakes and ice cream if you really want to go big or go home.

It's worth noting that several menu products contain wheat, soy, nuts, or other potential allergens, so if you do have an allergy please let the staff know when you're ordering. 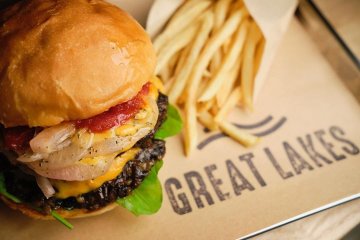 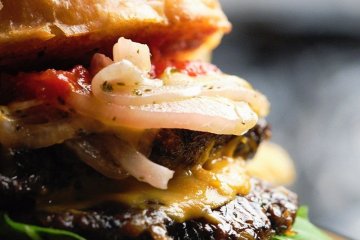 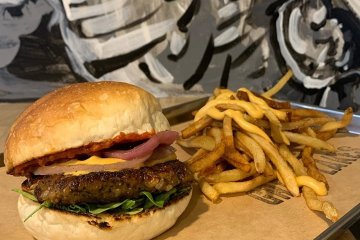