Fun things to do from day to night!

Roppongi, the beverly hills of Tokyo where the rich and famous reside, is also crowned for its bustling night scene. A city for night dwellers, not only has numerous bars and cafes sprawled along its street, has a great mix of magnificent museums, michelin-starred restaurants, and state-of-the-art skyscrapers. Local experts at Voyagin have compiled a list of fun and unique things to do in Roppongi area. See what this area has to offer below.

Anyone in possession of an international driver license is in luck for their next trip to Tokyo. Forget about renting a car/bus for a tour and opt for this mini convertible to cruise down nostalgically attractive lanes in Roppongi and catch a glimpse of the famed Tokyo Tower! With magnificent towers lined strategically along one another, one can catch the awe-inspiring skyline from the 54th storey of Mori Tower. Not only one gets to catch the view within the building, the skyscraper is also built with an observation deck.

Comprised of three different towers that form Tokyo Midtown, the architectural landscape flaunts everything that is avant-garde. Each building caters to a distinctive purpose; hence this is a great hangout for travellers who wants to experience the best of all worlds.

For Peanut lovers out there, head on over to the world’s one and only Snoopy Museum in Roppongi.

Simply enjoy the original creations of Charles M. Schulz of Peanuts and bagged away unique merchandises from the store at the museum.

To celebrate their upcoming 10th anniversary, National Art Center of Tokyo collaborates with Yayoi Kusama, one of Japan’s most esteemed artist, to showcase her finest art exhibits. Aptly themed as Yayoi Kusama: My Eternal Soul.

Honing his craft for decades, world-acclaimed chef Sukibayashi Jiro took a few selected disciples under his wing for some tenacious training. His talented disciples now run a branch in Roppongi. Sushi-lovers can head over to the Roppongi outlet for a luxurious nibble. Highly regarded for their perfectly grilled skewers, foodies are always sprawling around the vicinity of the restaurant. Waiting hours can easily stretch beyond 2 hours, hence it is advisable to make a reservation in advance.

Praised for their seasonal creations, chefs from Ryugin firmly believes that each season provides them a special ingredient that invokes inspiration for guests’ palette. For restaurants such as Ryugin, one can never enter the premise without a reservation; hence, remember to get on their guest list beforehand.

Whenever Gonpachi is mentioned, a scene from Kill Bill flashes across the minds of many. Besides being a illustrious stage for the movie, it carries an extraordinary fusion of food items on their menu. From opulent meal sets to grilled skewers, food lovers gets to taste the various blend of japanese cuisine.

This hidden posh cocktail bar is nestled in Roppongi. Besides with their wide selection of drinks, this bar/restaurant dishes out Southeast Asian bites from countries such as Singapore and Vietnam.

A famed international bar in Roppongi, BrewDog serves 20 different taps from European and Japanese craft beer. Snacks are whipped out in consideration of the taps served, so be sure to ask for recommendations!

A 3-storey building designed with each floor catering to a different purpose. This construction house a club on the highest level, a lounge in the second, and a cafe on the first. If you love a good R&B, Hip-Hop mix, do head to Nishi-Azabu for your dance fix. 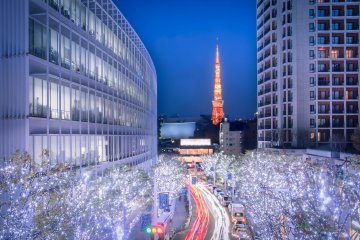 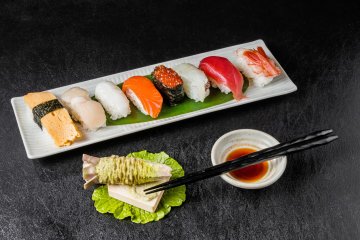 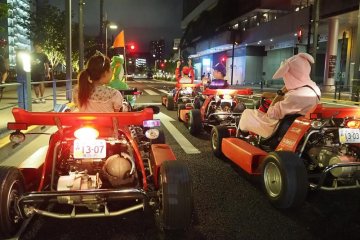