The fascinating world of Gundam in Odaiba!

[Editor's note: the Gundam described in this article has since been replaced by the upgraded Unicorn model]

It was April 1979 when a Japanese television series called Mobile Suit Gundam debuted and the rest is history. The Gundam franchise is now a fascinating 50 billion yen trademark consisting of movies, mangas, novels, video games, plastic model kits and more. On its 35th Anniversary, Namco Bandai and Sunrise Incorporated launched trailers for upcoming anime and game projects for the Gundam universe. Therefore, a trip to stand before the ginormous Gundam statue and to walk through the Gundam Front Tokyo museum in Odaiba was fitting for a beautiful spring afternoon in Japan.

At the main entrance of Diver City Tokyo stands the mobile suit Gundam RG 1/1 RX-78-2 Ver. GFT. This particular mobile suit is piloted by a character named Amuro Ray. The life sized Gundam statue is lit up every day from 5:00pm to 11:00pm with steam spewing from its chest. At the hours of 7:30pm, 8:30pm and 9:30pm daily, you can watch him test his pilot skills against the 105 x 37 feet backdrop projected on the Diver City Tokyo wall behind the Gundam. The 13-minute video is called Gundam Stand at Jaburo Aware/Tenshi Version.

On the seventh floor of Diver City Tokyo is Gundam Front Tokyo. It offers five different zones for the total Gundam experience with paid admission. Entrance fees are 1,000 yen for Adults, College & High school students, and 800 yen for Middle and Elementary aged. Tickets can easily be purchased same-day at Gundam Front Tokyo or reserve them online, through Ticketpia, or at a 7-Eleven kiosk.

The first admission zone is Dome-G, which offers an exclusive video experience per admission ticket. You’ll walk in and stand against rails lined throughout the center. The dome itself is 16 meters (50 feet) in diameter, equipped with six projectors and 13 speakers. Visitors will watch footage of the 1/1 Gundam taken from a crane, famous scenes from past Gundam series, and impressive, highly-detailed CG of mobile suits like the RX-93 ν Gundam against the Sazabi piloted by Amuro's rival throughout the universal century, Char. Be sure to keep an eye on the start time for the next viewing!

The Character Photo Spot is the next admission zone. Bring your camera and have your picture taken with your favorite pilot. Life-sized characters from Mobile Suit Gundam to Mobile Suit Gundam AGE await your presence. How do you measure up?

Another photo opportunity is at the bust of the Strike Freedom Gundam. Experience the 1/1 scale from Mobile Suit Gundam Seed Destiny in an entirely new way by walking right underneath its robotic arm. On display to its left is the 1/1 Core Fighter Ver. GFT from Mobile Suit Gundam. With its new LED lighting and decals, you won’t miss it!

Last but not least, the scene of Mobile Suit Gundam’s final battle against the Principality of Zeon on the space fortress A Baoa Qu stands at 15 by 10 feet. It’s a fusion of two asteroids into one, forming an umbrella-like shape.

Before you leave, be sure to check out the souvenir shops and Gunpla Tokyo, the biggest exhibition having 1,000 kinds of Gunpla models on display! 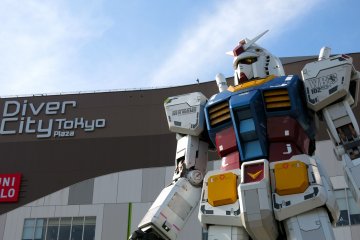 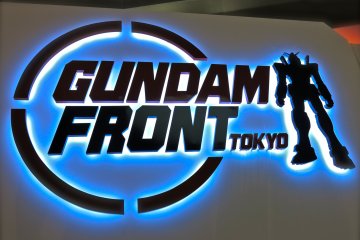 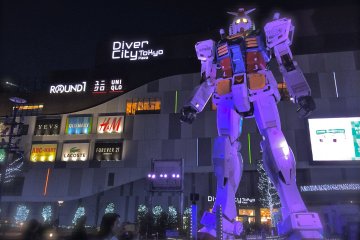 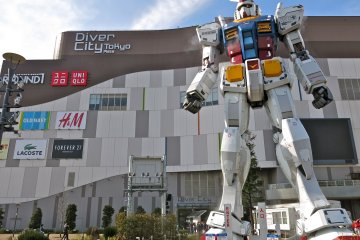 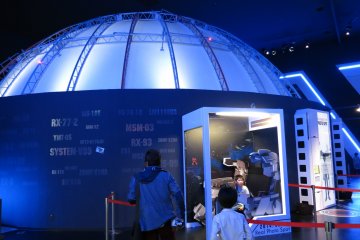 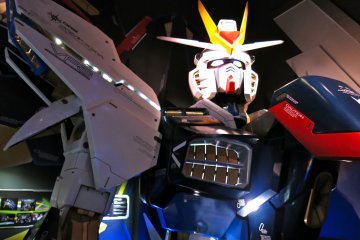 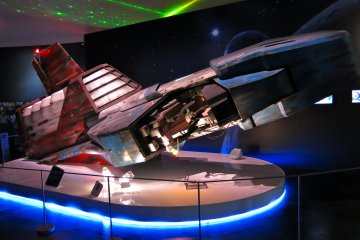 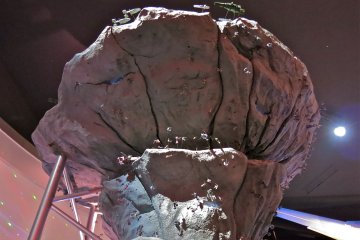 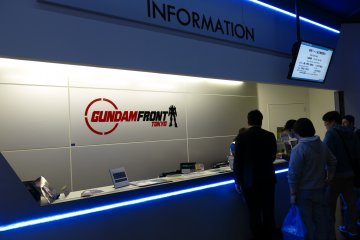 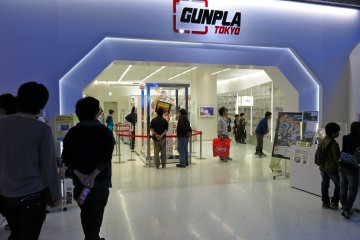 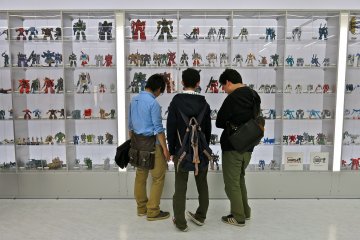 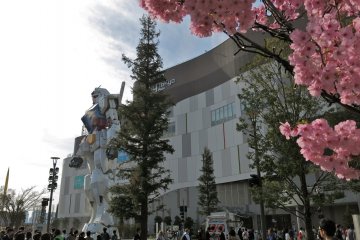 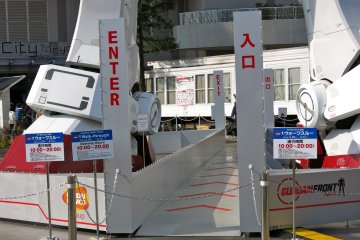