Harajuku Station to Be Closed Down

The end of an era for Tokyo's oldest wooden station

After several years of consultation and deliberation, JR East Railways has finally made the decision to close down Harajuku Station and replace it with a new one after the 2020 Tokyo Olympics and Para Olympics.

Harajuku Station itself was built in 1906, with the current station building constructed in 1924. Considered to be the oldest wooden train station in Tokyo, the building miraculously survived the air raids of World War Two has now become an icon of the local area.

Located on the famous JR Yamanote Line, the station building features a European design and is situated right outside of the famous Meiji Jingu Shrine, one of Tokyo's most popular tourist destinations. The station also provides access to Takeshita Dori, Tokyo's hub of youth culture, the ever popular Yoyogi Park and Omotesando, one of the world's foremost architectural streets. The station is also home to a special platform built in 1925 for the Imperial family..

Harajuku Station sees over 70,000 people boarding its trains each day and with around 3 million visitors over the New Year period, the station has struggled to keep pace with the ever increasing commuter demands. Despite its appeal, charm and historicity, the station building has been deemed no longer sufficiently fire-resistant, and with pedestrian congestion in the immediate vicinity particularly tight, JR East Railways made the announcement that the building would be replaced.

Unlike many other historic structures in the city, there has been no word thus far on whether or not the current Harajuku Station building will be relocated and preserved or simply demolished.

Construction is already underway with the current station building is still in operation until the new station opening set on 21st March, 2020. Final construction of the station is set to be completed by 31st August 2021. 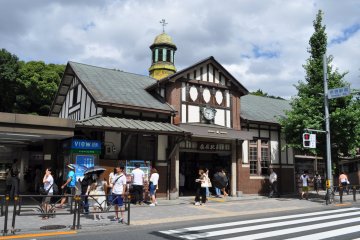 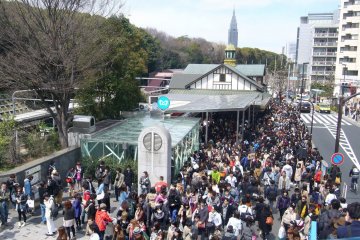 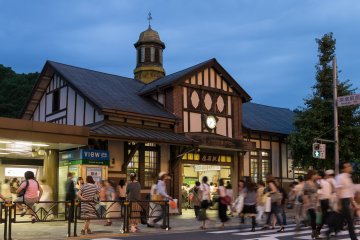