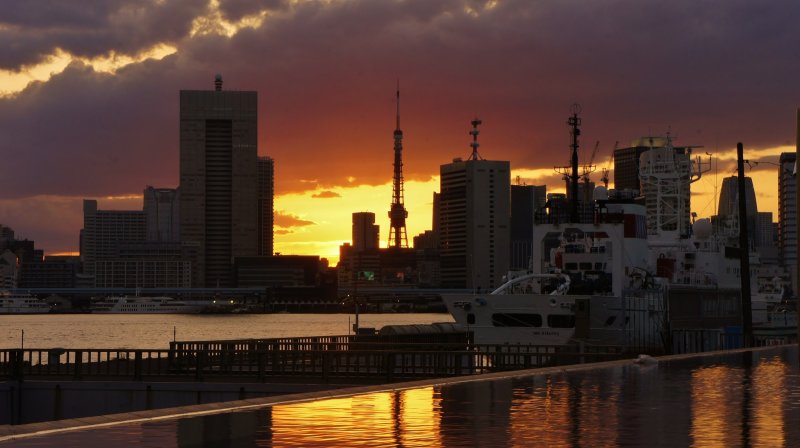 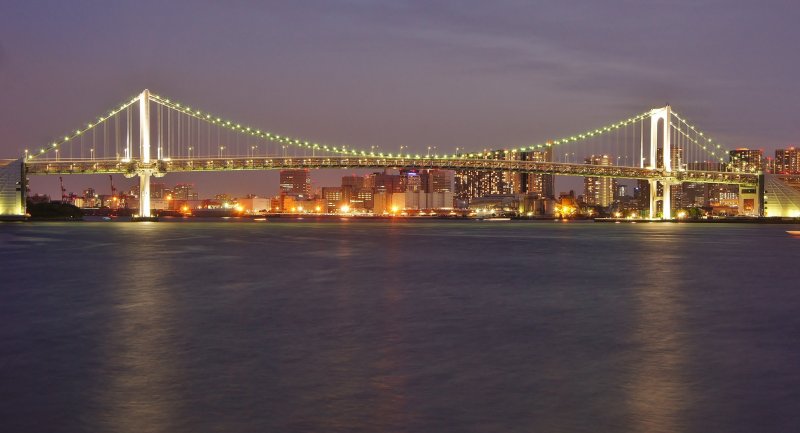 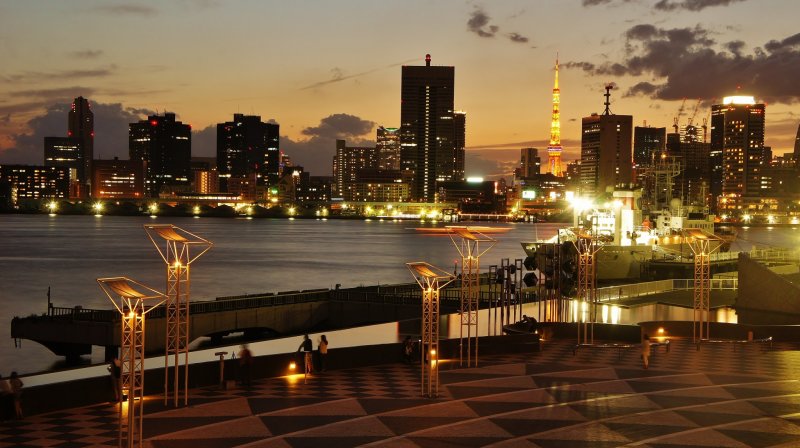 Tokyo Tower at sunset time from the terminal decks 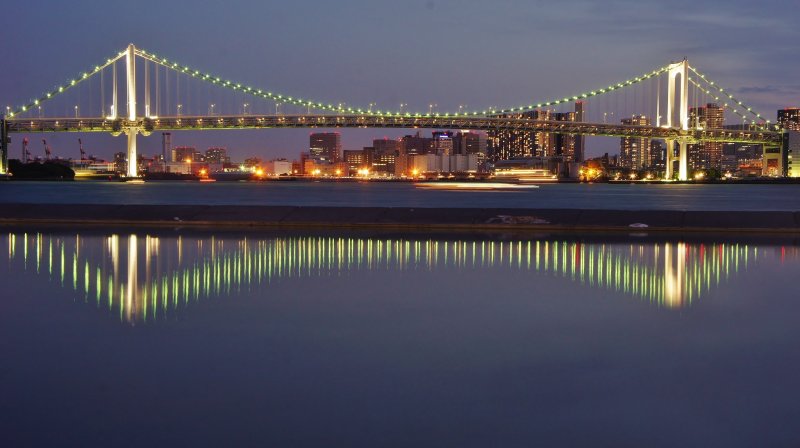 Evening time view of the Rainbow Bridge reflected in the waters 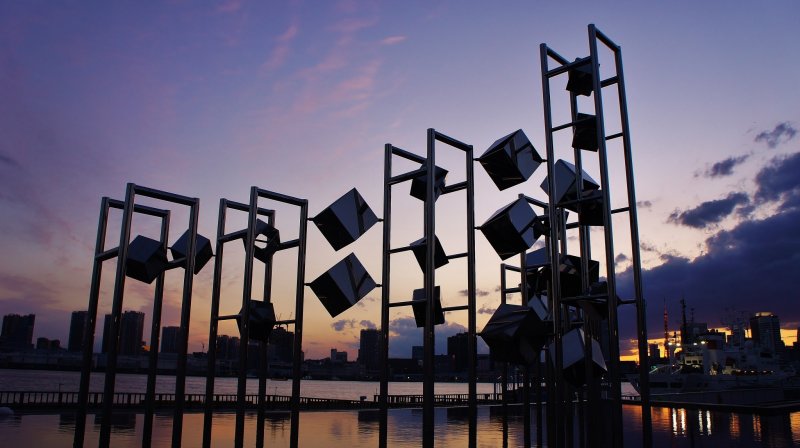 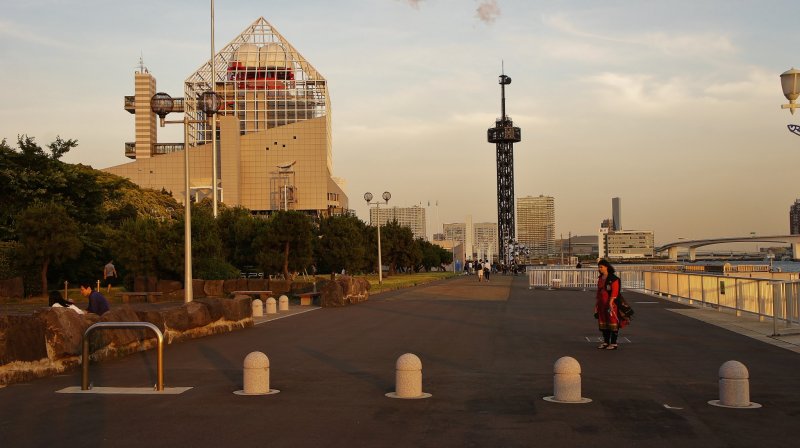 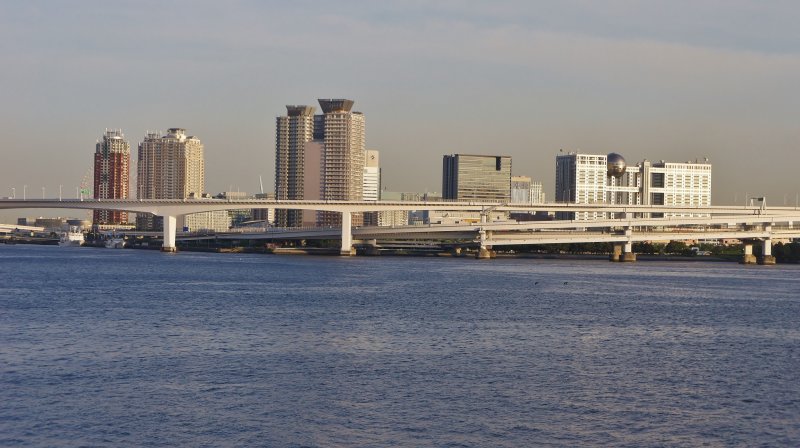 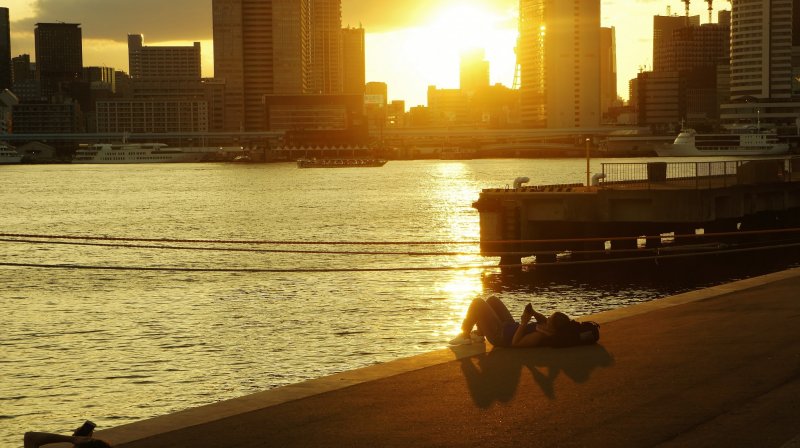 Visit in the summer time when you can also lie down and get yourself a tan! 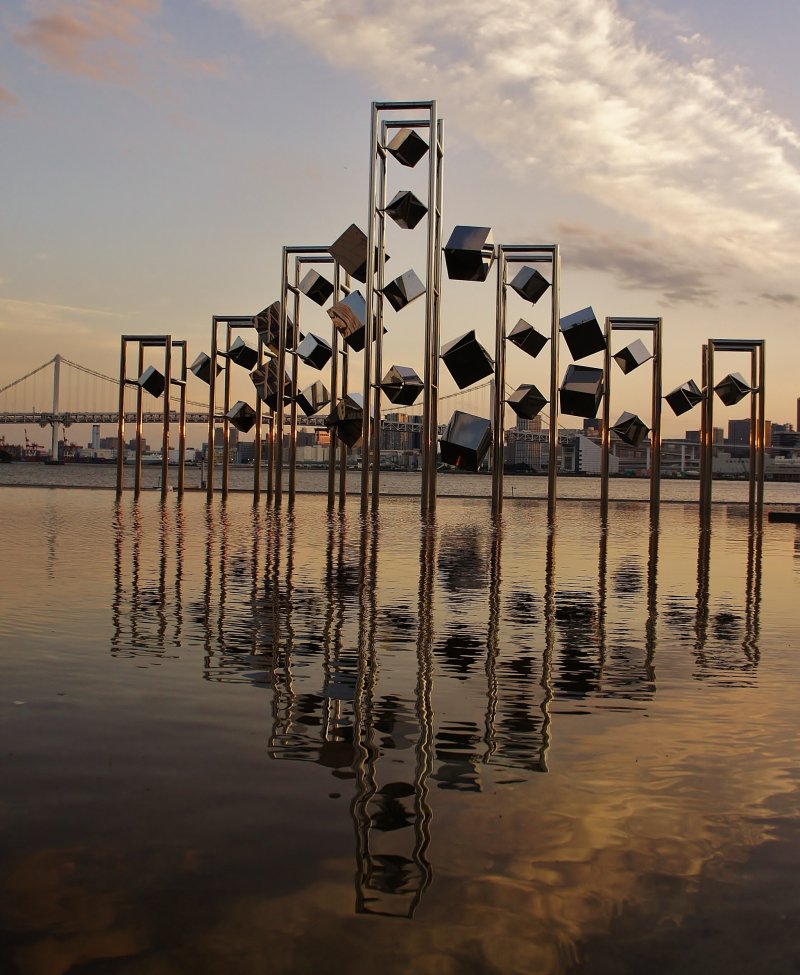 If you are a photographer, sunset time is the best to visit the terminal 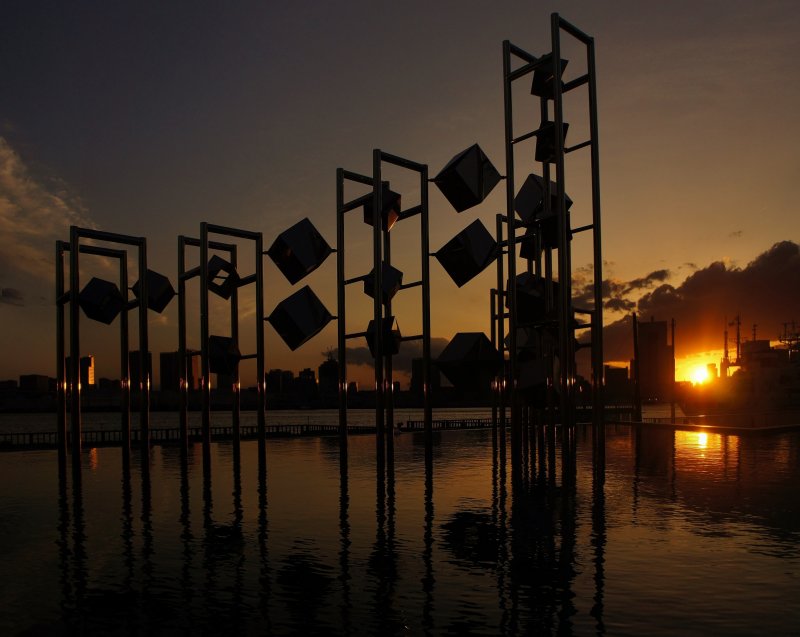 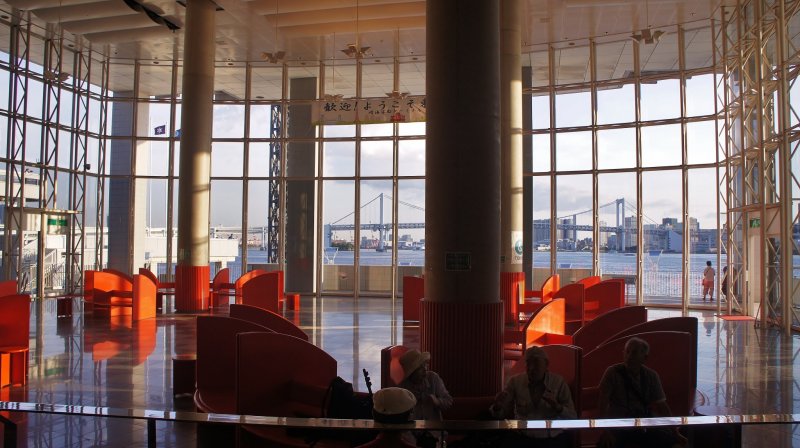 Inside the Terminal building -note there are not many food establishments here. 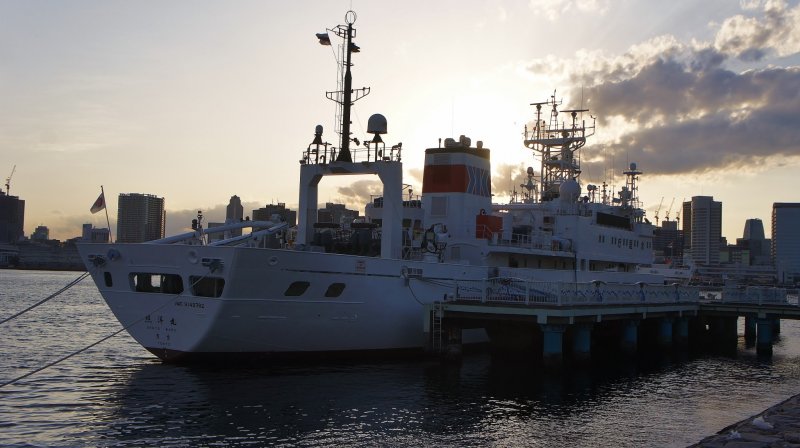 The Marine Departments ship docks in the Harumi Terminal 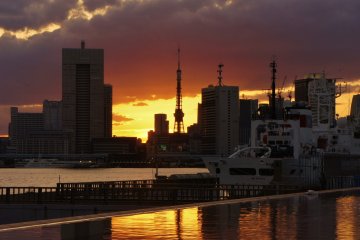 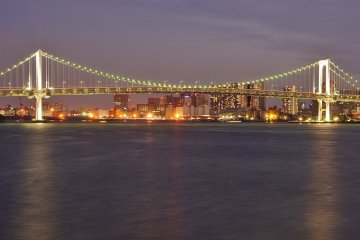 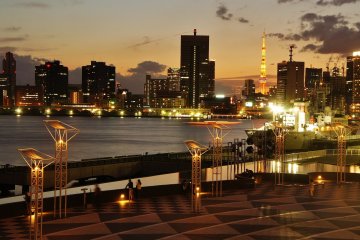 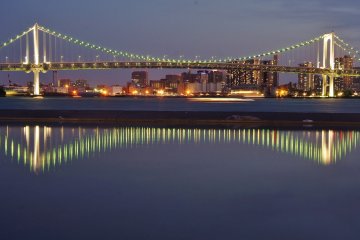 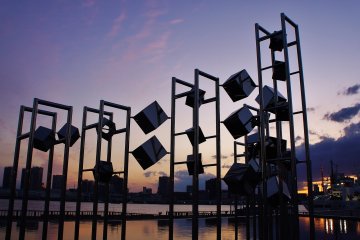 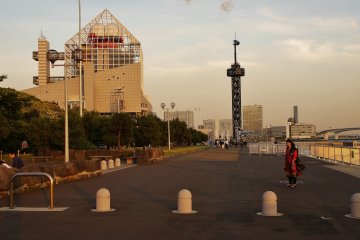 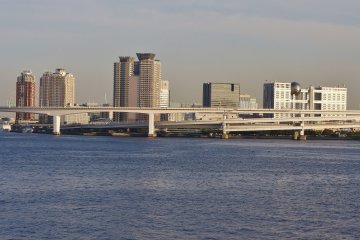 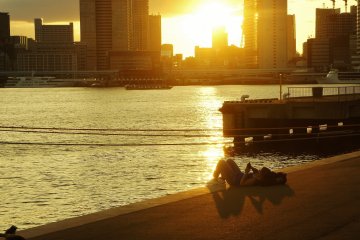 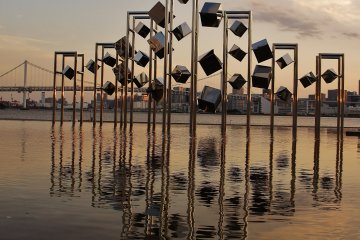 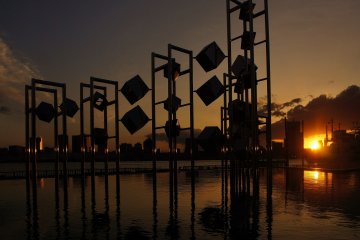 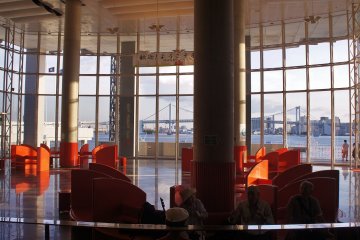 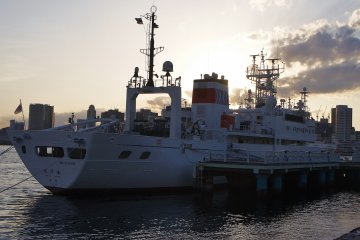 The Tokyo Bay area has multiple ship terminals and the Harumi Terminal Park, also known as the ocean gateway to the international city of Tokyo, is a hidden gem. The port park offers some great views of the Tokyo Bay and is a MUST VISIT for shutterbugs. Multiple fountains and art structures erected in the terminal give a design sense to the terminal. Unfortunately, there are not many shops or food establishments at the terminal, so carry your own food with you.

The park is a popular spot for barbeque parties in summer and is very crowded at the time of the Tokyo Bay Summer Fireworks. There is an observation deck on floor 6 of the terminal, offering some panoramic views of the Rainbow Bridge and the entire Tokyo skyline.

The park is supposedly used as a filming site for dramas and movies and, if you are lucky, there is a high probability of spotting someone famous or watching a film shoot on the premises. The Park is not easily accessed by train, so you will need to hop on Tokyo Bus #03 or #05, which you can catch from popular locations like Tokyo Station and Ginza.