Ferry to Hachijojima: An experience on its own

There’s a place in Japan I had been dreaming to visit ever since I heard of it. It takes a while to get there, but once you arrive the immense beauty will bring a smile to your face. It’s paradise, and it’s only 358 kilometers from Tokyo. This is the first of three articles describing my journey to Aogashima, a practically deserted island with a population of 170.

There are two ways to get to Aogashima. You can either catch a 45 minutes flight from Haneda airport or spend a night on a ferry. Both options will take you to Hachijojima, the second largest and second most populated island of Tokyo’s Prefecture (sorry, no direct option to Aogashima). I chose spending 10 hours across the ocean. Even if flying had been cheaper, I would have still chosen the ship. It’s an experience on its own.

As soon as I bought my second class ticket at Takeshiba station, I proceeded to the neighbouring Takeshiba Terminal to board Tachibana Maru, an 118 meter ship with capacity for one thousand passengers. I was welcomed by friendly staff who guided me to my cabin. I had imagined spending ten hours seating down on an uncomfortable chair; to my surprise however, the cabin was a tatami room. There were ten beds separated by small bulkheads, each with its private locker. There was a shared TV and blankets for rent (¥100 each).

I left my backpack at the compartment and went upstairs to the terrace on the fifth floor of the ship. The view was simply spectacular. We were starting to move and Tokyo’s waterfront was coming to life. The bright lights of the buildings getting smaller as we departed, allowed Tokyo’s Skytree to show off. The combination of the sparkling lights reflecting on the water made the whole scenery look like a painting. A humid wind was blowing while I was enjoying the city’s immensity, made it a memorable experience.

An hour later, as soon as we left Tokyo Bay, I went back into the ship to discover more of it. There was a children’s playroom, a smoking area and several bending machines where you could buy ramen soups, soft drinks, ice cream and beer. The cafeteria was already closed but would open again in the morning.

As soon as I was walking to my tatami bed, I realized there was a shower room. For ¥100 I had an amazing bath without even noticing I was in the middle of the ocean. If you usually get seasick, don’t worry, you will barely feel the ship moving. Fresh and clean, I went to have a comfortable deep sleep for a couple of hours.

I woke up an hour before arriving to Hachijojima, with a delicious breakfast at the cafeteria. While enjoying my coffee I couldn’t stop looking out of the window awed by the perfect landscape of the endless ocean and the beautiful sky.

As soon as we approached Hachijojima, its two famous strato-volcanoes welcomed you with their natural immensity. The contrast between the green peaks, the blue sky and the deep ocean made the landscape seem as dramatic as it sounds.

Although there is a lot said about the Shinkansen, personally, riding a ferry to Hachijojima has been an even more rewarding experience. I absolutely recommend it! 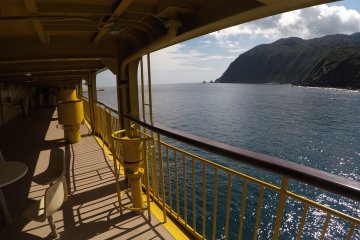 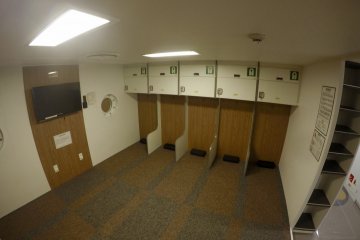 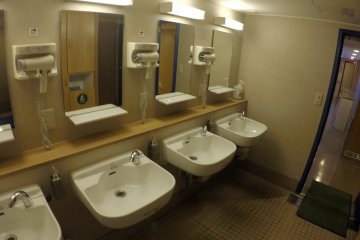 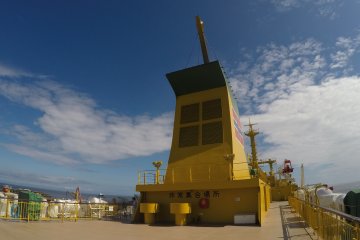 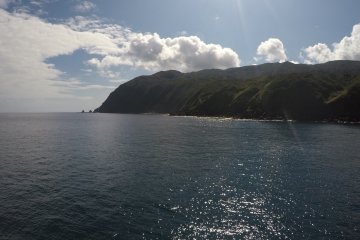 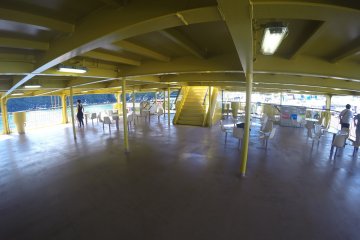 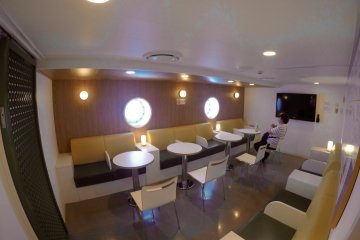 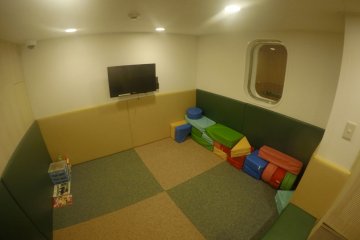 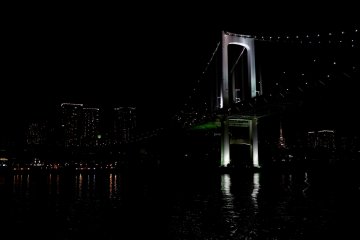