Gotanda is a district of Tokyo which isn't on the tourist radar, which for me is what makes it an interesting place to stay. In other parts of the city you can see your temples, museums and maid cafes; in Gotanda you can see the bustle of everyday Japanese life, the places where Japanese people go to work, shop, eat, drink and sing.

I stayed at Hotel MYSTAYS Gotanda, well located on a main road about five minutes' walk from the station. With its condo-like layout, it seems to be a refitted company dormitory of the kind in which Japanese firms often house their employees, similar to other MYSTAYS hotels in Kameido, Kanda and Asakusa.

My semi-double room was compact, but a decent enough size for a solo light traveler, fitted out in the sleek, modern style typical of the MYSTAYS chain. While a bit pokey, the bathroom was much nicer than the prefab molded plastic efforts at regular business hotels, and you can stock up on sachets of cleansers and lotions from a little cabinet at reception.

My bed was good and comfortable, the blind kept the light out well and, despite being on a busyish main road, there was very little noise from outside (though it probably helped that I was on the 7th floor). As a result I had an undisturbed night's sleep, and woke up refreshed and ready for the next leg of my trip.

Close to reception there's a little lounge to relax in, and an equally little outdoor terrace, where you'll find a vending machine for soft drinks, beer and chu-hai (Japanese alcopops). Some of the staff speak good English, and all of them are friendly and attentive; I arrived on a pretty rainy day, and the man checking me in immediately scurried off without prompting for a towel to wipe down my case.

There are no major sights nearby, but because the JR and subway stations are so close, it's easy to get to any other part of the city. What you do have is a good range of shops, and plenty of eating and drinking options: there's an English-language map available at reception, with a guide on the back giving information about various local Japanese restaurants. And just across the road there's a 24-hour supermarket where you can get supplies for breakfast and daytime snacks.

Rooms come in two types, semi-double or double: the actual room size is the same, but the doubles have bigger beds. The rates seem to be seasonal and depend on what kind of room you want and how far in advance you book; it's possible to book direct on the hotel's English-language website. 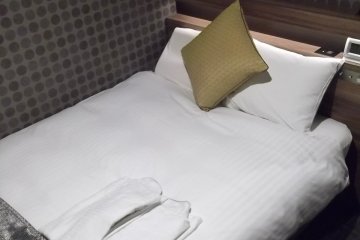 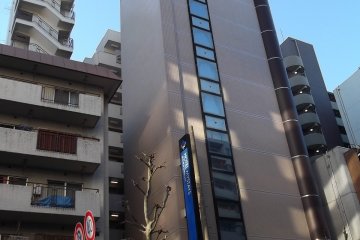 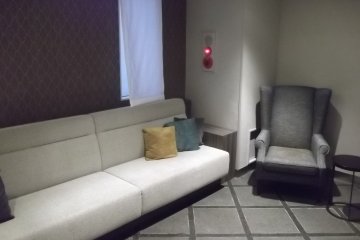 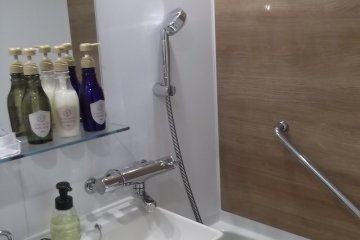 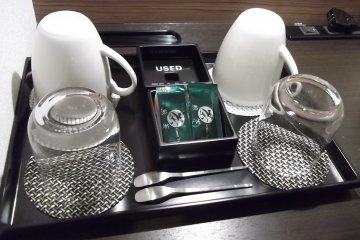 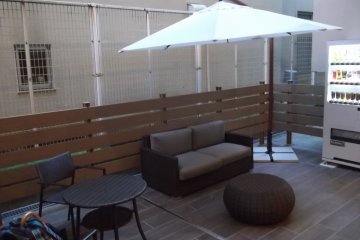 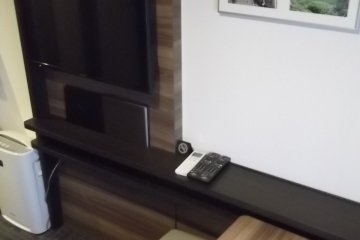 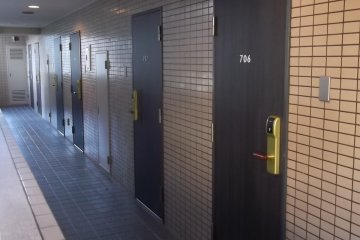 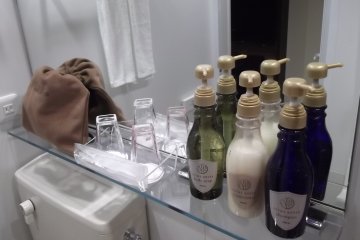